Wednesday was the fifth consecutive day of wind......the only change?  It is no longer from the east.....it is now from the north/northwest....but the wind continues here in Sioux Falls unabated.  On a positive note the rain has mostly stopped....we get a few sprinkles here and there, but it is beginning to dry out.  The forecast still shows warmer temps by Friday, and only partly cloudy, but it appears the wind will be with us for the duration.

At Goodwill I found two more pairs of shorts, one pair with the tags still on them, and two long sleeve, button down collar shirts (Brooks Bros. and Hunt Club) for $3.75 each.  TLE found a t-shirt.  At St. Vincent de Paul's I found a brand new Rugby shirt to add to my collection.....I love Rugby shirts!  But, the big score of the day was yet to come.  For a couple of weeks we have been talking about the need to have some sort of outdoor stove to use this summer while we are in Lake Tahoe.  We used to carry a large 3 burner CampChef Tahoe stove around with us, but we never used it unless we were going to be in an area for an extended time, and the weather was conducive to outdoor cooking.....that was rarely the case our first year on the road.  Ultimately we stored it in my sister's basement in Spokane back in 2012, and finally just gave it to my sister and brother-in-law this past summer when we were back in Spokane.  This day I found a cosmetically roughed up Coleman 2 burner propane camp stove for $4.00, but it works, and has all the parts!  A Coleman  2 burner stove would cost close to $50 new.

The old CampChef Tahoe we carried around unused 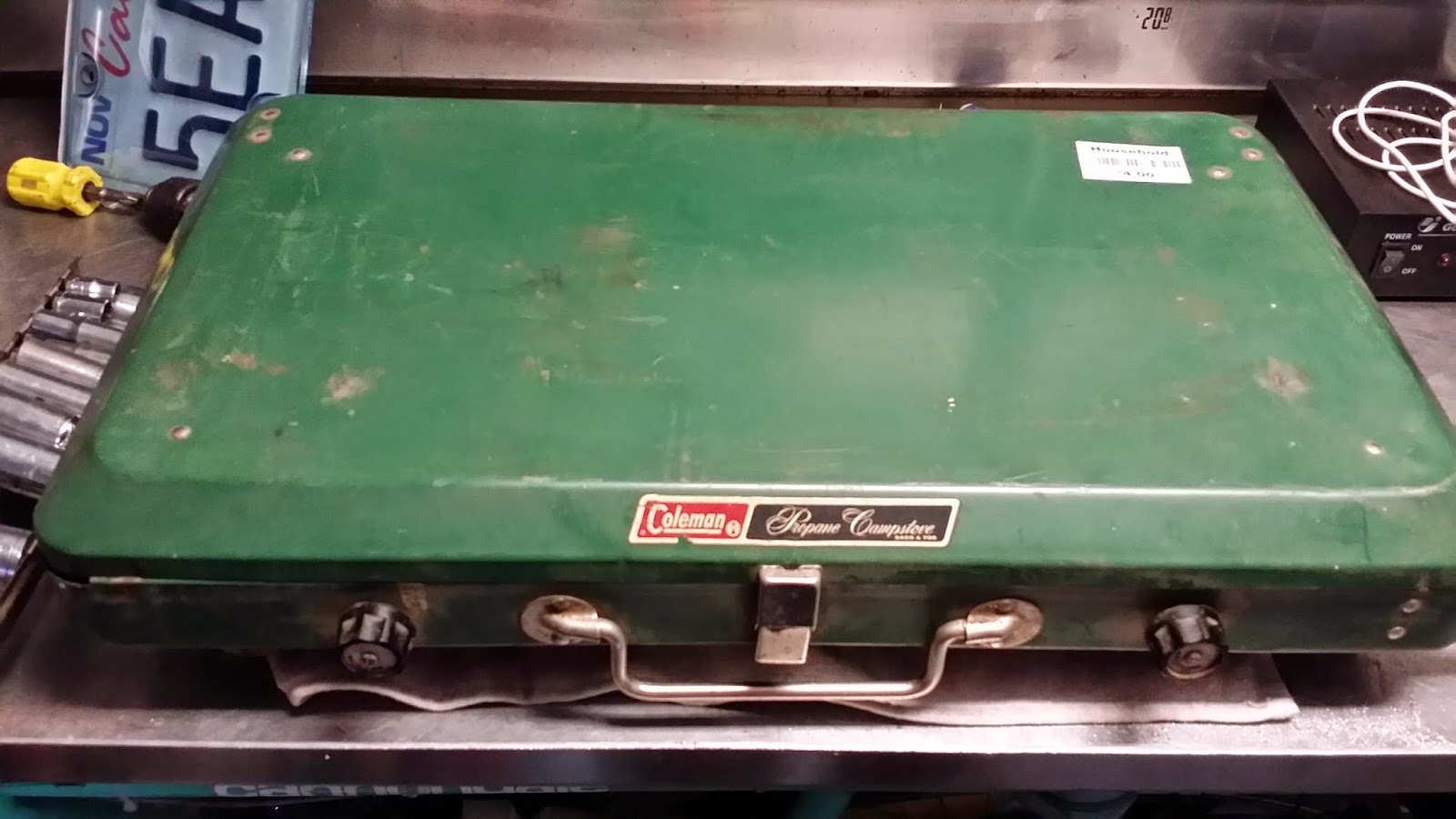 Now we have an easy to stow outdoor stove that will take up 1/10th the space of the CampChef stove.

The next stop for us was Josiah's Coffee House and Cafe in downtown Sioux Falls.  We visited Josiah's on our last pass through Sioux Falls back in June of 2013 while on a 20 mile bike ride on the bike path that encircles the city.  It was just the kind of cold, blustery day where you needed a large cup of coffee and a hot bowl of soup.  I had the Cream of Asparagus and TLE had the Ham and Mushroom Chowder.  Yelp gives Josiah's 4 solid stars on 11 reviews, and we would have to agree. 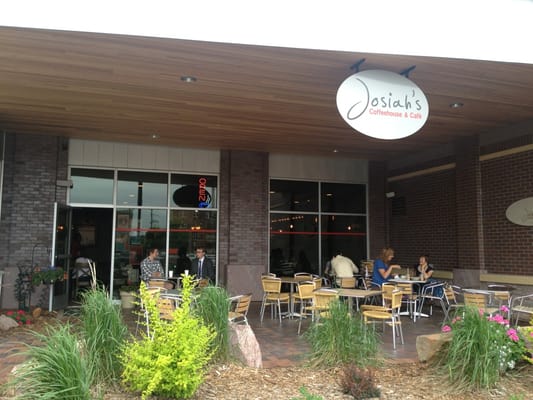 We got back home around 2:30 and spent the rest of the afternoon reading.....just too cold to do anything out side.....well to do most things outside.....eventually I had to face the fact it was time to dump the black tank.....it had been 9 days since we last did that, so I went outside around 4 and did the deed.

Thanks for stopping by!
Posted by Whatsnewell at 7:55 AM