Sunday we awoke to rain, wind and cold.......sounds pretty familiar, huh?  That's pretty much been our story line since we left Rifle, CO a few weeks ago.  So it shouldn't be too much of a surprise that we stayed in most of the day with the heaters blasting pretty much non-stop all day.

I spent most of the day watching the final round of the Player's Golf Tournament, and then the L.A. Clippers vs. the OKC Thunder.  The Thunder led the entire game, one time by as much as 22 points, and with 9 minutes to go in the game they were still up by 16 points.  It did not look good for the Clippers, but then the unexpected happened......the Clippers started making baskets, and the Thunder began missing.  With 67 seconds to go in the game the Clippers got their first lead in the game, and ultimately won by 2 points in one of the greatest NBA playoff comebacks in history....WOW! 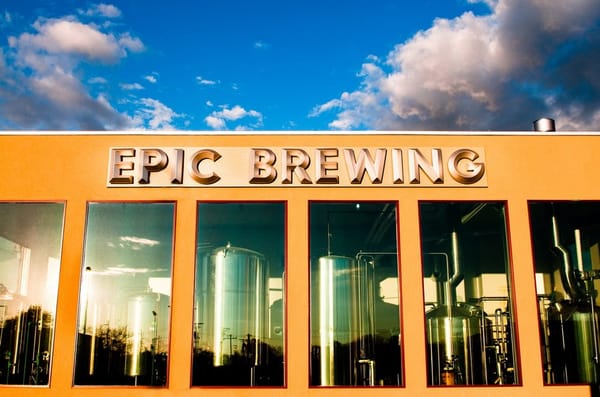 Around 4:30, or 5 we headed up to Salt Lake City to check out a micro brewery called Epic Brewing Company on State Street.  They have a small tasting room with 6 bar stools where you can also order sandwiches, or salads to go along with your brews. 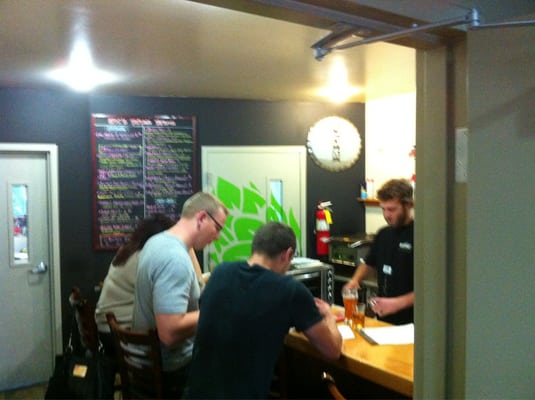 At first I was a little off put by the very tiny tasting area.....there were only 3 bar stools available and there were four of us.....fortunately we were able to pull in an additional bar stool and make room for the 4th seat.  All that being said, from that point on our experience was noteworthy.  Epic specializes on higher ABV beer, and they sell samplers of about 3-4 ounces for any where from .40 cents to $1.00 each, and by the pint for $2.50 up to $6.00.  We all went through at least four samples each....I sampled their Galloway Porter and 825 Stout, then their Smoked Porter and their Smoked and Oaked Belgian Style Lager, and that is where the sampling pretty much ended for each of us.  We settled on the Smoked and Oaked Lager to drink along with our sandwiches, which, by the by, were amazing.  I had the BLT on sourdough and was just blown away....it was the perfect compliment to the beer.  Yelp gives them a robust 4.5 stars on 85 reviews, and that is right on the money based on our experience.

We sat talking with a really nice young man (probably in his late 30's, or early 40's) named Bill Decker who was in town to do a walk through of a home he and his family were buying up near Park City.  His family is back in Philadephia right now, but will be moving out in a few weeks.  As I have written often here, it is ultimately the people we meet along the way that have made the biggest impression on me during our nomadic wanderings, and this was one of those occasions.

I was so impressed with the Smoked and Oaked Belgian Style Lager that I bought two 22 ounce bottles to take home for future consumption.

We then headed over to the local Trader Joe's to pick up a few items, and then were home by 7:30.  Our evening out at Epic Brewing was the perfect cap to a great weekend spent with my brother and his family. On Monday we continue our trek westward to South Lake Tahoe, and warmer weather......seriously.....warmer weather!

Thanks for stopping by!
Posted by Whatsnewell at 6:24 AM