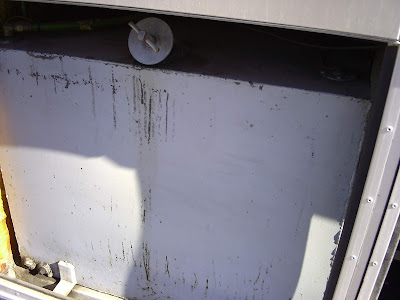 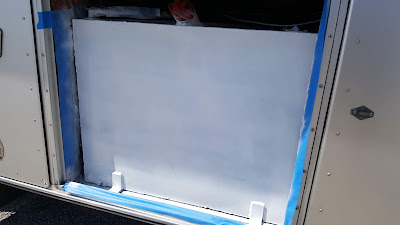 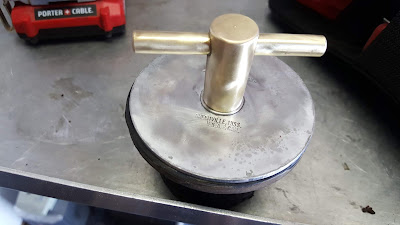 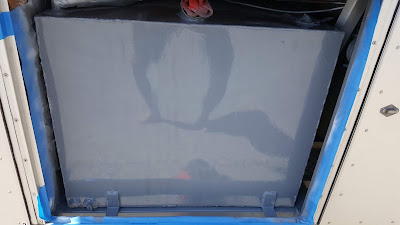 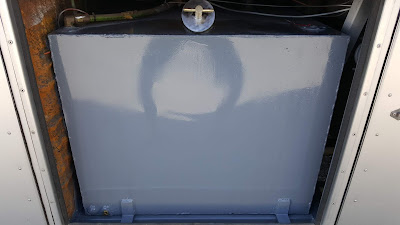 The 'after' two coasts have been applied,
and masking tape removed picture

......most of the work involved the preparation and application of the masking tape, which took around 90 minutes.  The actual time to apply two coats of primer, two coats of glossy gray, and remove the masking tape consumed less than 15 minutes.  Of course there was the waiting in between coats for each coat to dry, so the entire project covered several hours of the late morning, and early afternoon.  Of course there were NCAA March Madness basketball games playing all the while in the background as the work progressed.

You might be thinking "Did he paint the whole 180 gallon tank?", but the answer to that would be "no".  There is no way for me to paint all six sides of the tank unless it was completely removed.  I am just painting the part that is readily visible when open the fuel bay door.  The rust I covered over (unlike the rust in the battery bay) is just very mild surface rust, and it has looked like that since we bought our Newell back in March of 2008.  If the rust were very serious I would have to have the tank removed, but that is not the case.

I spent the afternoon watching one NCAA game after another, but about 4 pm I decided I needed to don my riding attire and take another 11 mile bike ride just to see if I could do it 2 days in a row.  In yesterday's blog offering I said my goal was to ride to Sierra Ave, but that was incorrect......my goal was Cherry Ave.  On my first ride I rode to Sierra Ave. and back for a total of 6.2 miles.  Usually the wind comes up out of the west in the afternoon, and Sunday was no exception to the rule, so I found myself battling a moderate headwind all the way to Cherry.  I think I averaged about 10 mph up to Cherry, but as is most always the case, when you turn around you now have a tailwind....... 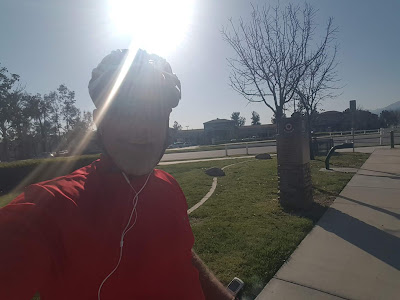 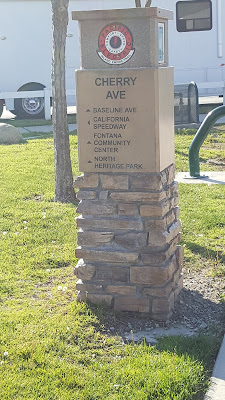 ......once I made the turnaround at Cherry my speed picked up significantly and by the time I arrived back at the Elk's Lodge my average speed had increased (for the entire ride) all the way up to 11.9 mph......1/10th mph faster than Saturday.  In all I once again covered exactly 11 miles, averaged 11.9 mph, and burned 563 caloric units in a few seconds over 55 minutes. 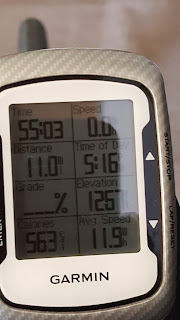 We spent the rest of the afternoon watching March Madness games.....there were no upsets in Sunday's lineup, but of the favorites, Duke (#1 seed), came the closest to losing, winning their game over UCF (#9 seed) by just one point.  The game could really have gone either way in the last 50 seconds.  Otherwise, all the other favored teams won, and some by large margins.  Right now Oregon (#12 seed) is the lowest seed to make the Sweet 16 (final 16 teams).

So, it has been one month since I had the cyst in my right cheek removed.  The post surgical swelling is all but gone, as well as all of the discomfort.  My energy levels have returned to what I would call normal, so it is full speed ahead on the remaining Newell projects before we head north.  Here is a partial list of projects left to complete:

1) Replace drive tip in speedometer signal generator. It apparently broke as we left Tom and Darlene's on the 13th, so I have no speedometer right now......no speedometer, no cruise control. The part is in transit, and I should have it this week.

2) Replace the current house water pump with one that provides more PSI, and more GPM (gallons per minute).....it has arrived at my son's office, so I will pick it up Monday.  The current pump will return to it's box to serve as a backup water pump, just as it did for 11 years prior to it being pressed into service in Mississippi.

3) Replace the TRICO air operated motor which operates my passenger side windshield wiper.  You will recall I was able to get it working again while we were in Wittmann, but when it rained on our way home it would not come on, so time to bite the bullet and get it fixed.  That motor is in transit as I write.

5) Repaint the LPG tank with Rustoleum....again not the whole tank, but that which is visible when you open the LPG bay door.

6) Thoroughly clean the roof for the first time in a few years.

7) Pull the wheels off the trailer and repack the bearings with grease, and check the brake pads.

8) Haul the last, and final load of stuff we are not taking with us to Alaska to my son's office warehouse.....that will be just a few days before we begin our trek north.


When you shop Amazon, please use our link (below) to access their website.......we will appreciate every purchase you make using our Amazon Affiliate link, and  remember, using our link will not add one penny to your purchase, plus we will receive a small commission which over the course of a year adds up to enough to by a tank of diesel.
Posted by Whatsnewell at 9:05 AM