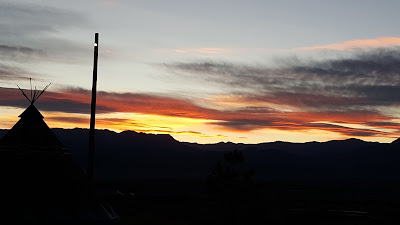 Around 7:30 am my brother, Dwyer, rang our door bell (yes we do have a door bell) to say his 'until next times'.....he was headed off to work, and we were headed south.  It never gets any easier, and this time was no different.  Soon, he was in his truck heading off to a job, and we were putting things away inside the Newell in preparation for our mid morning departure.  I was able to utilize the 'Trailer Valet' once again to move the trailer forward and drop the tongue on the hitch.....I have to say once again that the acquisition of the 'Valet' is one of the smartest purchases I have ever made.....it just simplifies the difficult!

Originally, we had planned to visit the local Smith's Fuel Station to top off our 180 gallon diesel tank at $2.78/gallon, but I really did not like their steep driveways......I have to be very careful going in and out of driveways pulling the trailer as it is very easy to ground the hitch.  So, I did some more research and found a Texaco station about 72 miles south in Nephi, UT that had diesel for $2.75/gallon, and it was a truck stop, so the driveways would be pretty flat.  That one decision saved us driving through town in rush hour traffic, and 30 minutes of our time, at least.

We were merging on to I-15 southbound around 10:50 am in mildly heavy traffic.....it took us at least 30 miles to escape the vortex of the Salt Lake City-Provo corridor traffic.  Our total driving distance for Thursday was 221 miles....a longish travel day for us.  There just weren't any places to stop with the 'IT' factor.  The place I ultimately chose to stop overnight was a relatively new RV park with a magnificent, panoramic view of the local valley and mountains, hence the long driving day.  We pulled into the Texaco truck stop after 90 minutes of travel, took on 105 gallons, and were back on the road within 25 minutes.  It was less than 20 miles later that we hit traffic.....apparently there was an accident about 4 miles ahead, and that combined with a construction zone requiring us to merge into one lane cost us about 20 minutes, but at least we never stopped....we just moved along about 10-20 mph for 4-5 miles before we got past the bottleneck. 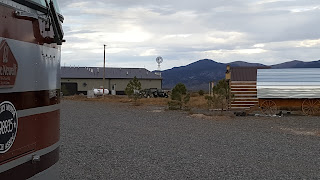 At last we arrived at Bear Valley RV Park right at the intersection of SR-20 and US-89 a little after 4 pm.  We quickly paid for our overnight site, moved over to Site #1 (a pull through site) where I quickly connected our electric, water and sewer.  Within minutes we were both relaxing and watching the lighting change the appearance of the land across Bear Valley...... 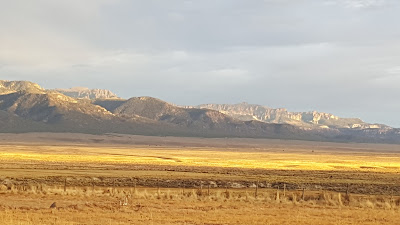 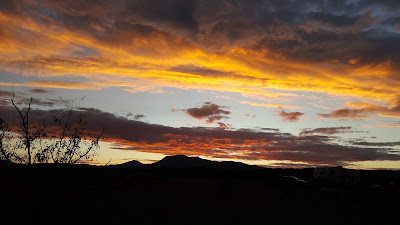 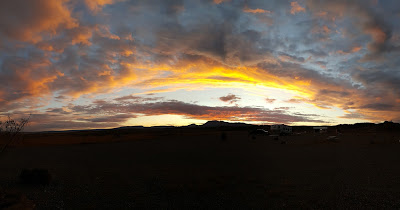 So, we have now covered a little over 800 miles of our drive south to the Grand Canyon....we have just over 200 miles left to go, and can now slow down a little, enjoy the warmer climate, and a just a 'few' new views!

Game 5 of the Cubs/Dodgers best of 7 MLB NLCS began at 6:08 pm, Mountain Time.....I was hoping the Dodgers would get off to a quick start, and put the game away early, and that is exactly what they did......by the end of the 4th inning it was 7-0, and by the last out of the game it was 11-1.  This will be the first time since 1988 that the Dodgers have made it back to the World Series.....there have been so many disappointments over the years, but alas they have made it back to the Fall Classic! 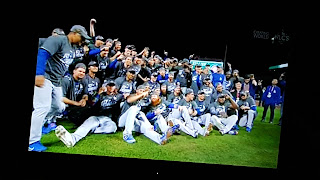 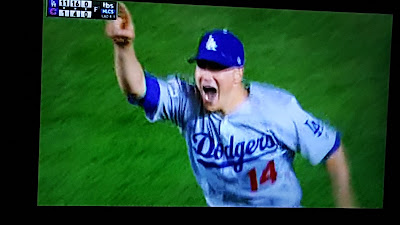 Kike Hernandez hit three home runs including a grand slam accounting for 7 of the 11 runs....he was a one man wrecking crew, and single-handedly wrecked the Cubs' hopes to return for the second year in a row to the World Series.  If you were a Dodger fan, or a Cub hater it was a wonderful game!

We were off to dreamland by 11:30 pm thinking about the adventures awaiting at Bryce Canyon National Park.....are we ever stoked!

When you shop Amazon, please use our link (below) to access their website.......we will appreciate every purchase you make using our Amazon Affiliate link, and  remember, using our link will not add one penny to your purchase, plus we will receive a small commission.
Posted by Whatsnewell at 7:26 AM