Thursday night was a cold one!  Got down to 20 degrees, and our water hose froze, but we expected that.  The inside temp with only the front electric heater set at 60 degrees got down to only 58.....38 degrees difference between outside and inside.....not a bad differential.  Of course our car was still covered in frost at 7 am.

We had no real big plans for Friday, but even what we had planned would not start until at least 11 am when it got warmer....even by 11 it was only 48 degrees.   Around 10 I went outside to kind of wipe off the sides of the coach as driving through the melting snow and slush Thursday kind of dulled the shine a tad.  While I was so engaged I heard someone yell....."what year is that Newell?"  I looked up to see an older couple in an SUV pointing at our coach, so I walked over to chat.  As it turned out Glen and Jill knew a lot about Newells, and we talked for close to half an hour.  They are staying up at Grand Canyon Village on the south rim working there for their RV site.  They were in Flagstaff to do some grocery shopping, and just dropped by Black Bart's to check it out for future reference when Jill spotted our Newell.  We plan to access the South Rim from Cameron, AZ using SR 64, but I wasn't sure how good a road it was.  Glen assured me it is a good road with great views, so that made me feel good.  You just never know who you are going to run into.

We headed out to do some "junking" at a few local antique and thrift shops.  After visiting a couple of antique stores, and walking around "old town" we headed over to Collin's Irish Pub and Grill in "old town" for lunch.....well, for me it was breakfast for lunch.....eggs and bacon....they serve breakfast all day.  Wow, what a great meal!  TLE had the Sausage and pepper Mac and Cheese.  We decided not have any beer for lunch because we wanted to stop off at a local micro brewery called "Mother Road Brewery" in Old Town later that afternoon after we went to see a movie.  The old town area is quite nice.....much nicer than I expected.  There are dozens and dozens of eateries, and hundreds of shops to browse through, and the Visitors Center was exceptionally nice.

Ultimately we ended up at the local Goodwill, which turned out to be their version of an outlet store....everything is just thrown in big, long plastic bins on wheels and you must sort through everything to find your treasures.  This is were Goodwill sends donations they know won't sell, or aren't selling in their normal retail stores.  They sell clothing by the pound here, not by the item.  For under 10 pounds the cost per pound is $1.59.  We have run into one of these Goodwills before in Vancouver, WA back in August of 2012.  On this day we found about 5 pounds of clothing ($7.98 total cost) we wanted, which amounted to a nice winter jacket for me, a black hooded sweatshirt for me, and a few items for TLE.

Our next stop was the Harkin 11 Theaters where we went to see "Sabatoge" staring Arnold Schwarzenegger.....please don't waste your time going to see this one......for the first time in a few years I was disappointed in a movie.....it had absolutely no redeeming social value whatsoever......of course, let's face it, most movies don't have any socially redeeming value, but this one had the potential and just totally missed the mark for me.  There were no good guys.....just really bad guys, and really, really bad guys......the violence, gore and blood was so gratuitous.

So, we headed for "Mother Road Brewing" to drink away our disappointment.  They do not serve food at "Mother Road", but you can get a bowl of pretzels.......we were still full from lunch so a bowl of pretzels fit the bill perfectly.    TLE chose their Lost Highway Black Ale, and I the Copper Shaft Ale.....both were very good sipping beers. 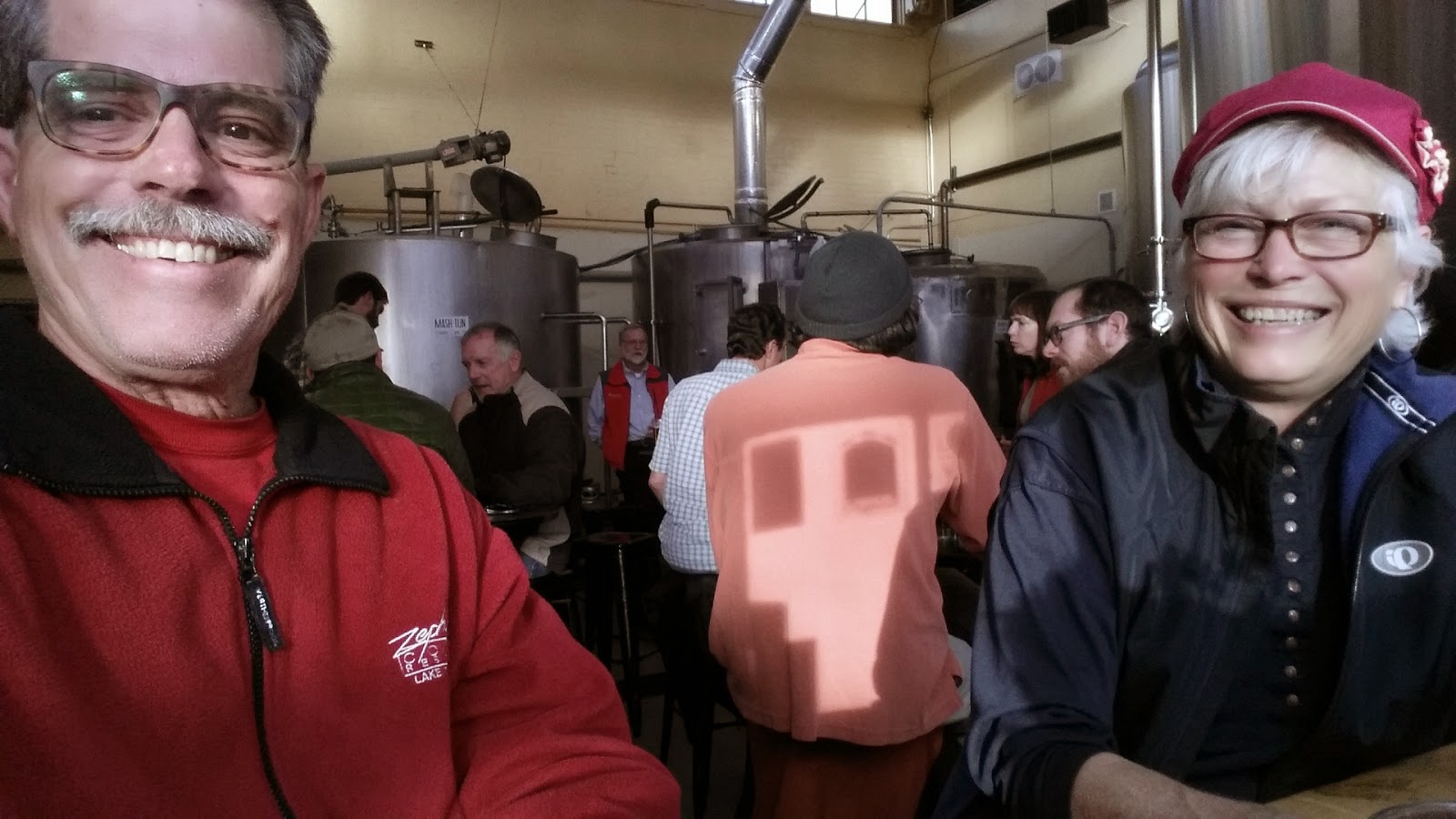 We liked "Mother Road" and apparently so do a lot of other people.  Always glad to see a micro brewery doing well.  Yelp gives them 4.5 stars on 55 reviews and we would have to agree.  If they served food, and it was as good as the beer then they would get a solid 5 from us.

It was just a short 3 mile drive "home" where we began to prepare for departure Saturday.  I dumped the black tank and filled the fresh water tank back up whilst TLE put the car back in the trailer.  We finished everything just before sundown.

We spent the evening watching "Philadelphia Story" on our DVR......I had recorded it a couple of months ago.  There was a remake of this movie a few years later called "High Society", but I like this one the best.  This 1940 movie stars Cary Grant, Kate Hepburn, Jimmy Stewart, and an assortment of other great character actors.  It is a very funny, very well written comedy.

Posted by Whatsnewell at 7:11 AM