Thursday felt like Saturday to me, not just because it is 4th Saturday, which, of course, it is.......no, it felt like Saturday because of the sports cornucopia that was on tap.  Let me recount.......1) The U.S. Open golf championship on TV all day, 2) The first game of the World Cup (soccer) on at 1 pm, and 3) Game four of the NBA playoffs at at 6 pm.

All that being said, before I spent any time watching sports on Thursday, I spent a few hours, starting at 9 am, helping set up the entertainment tent here at TVC*.  It is in this tent that weekly karaoke parties are held, and movies are shown for the benefit of the campers.  If the tent is going up that means the summer crowds are about to descend upon TVC*. 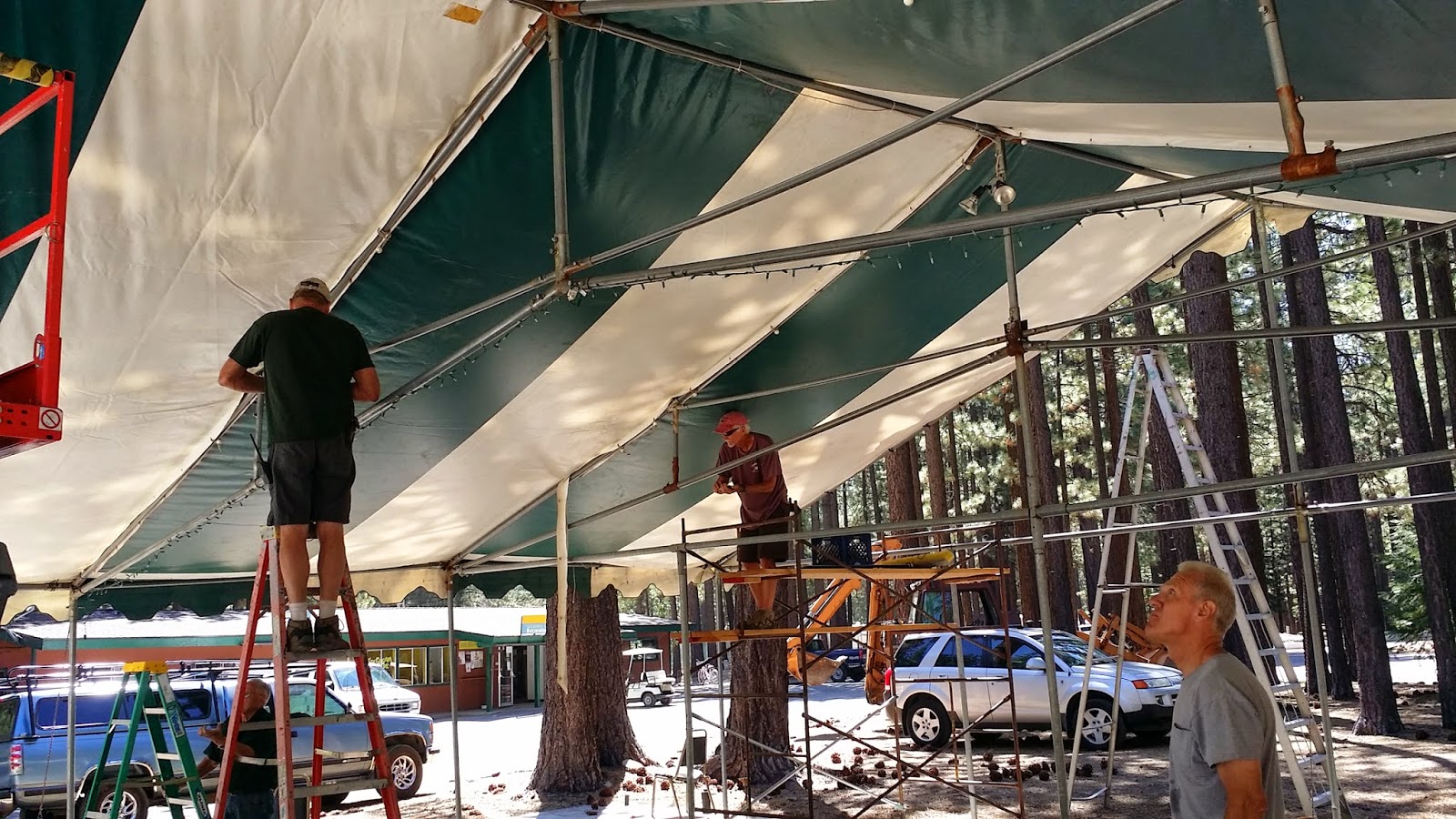 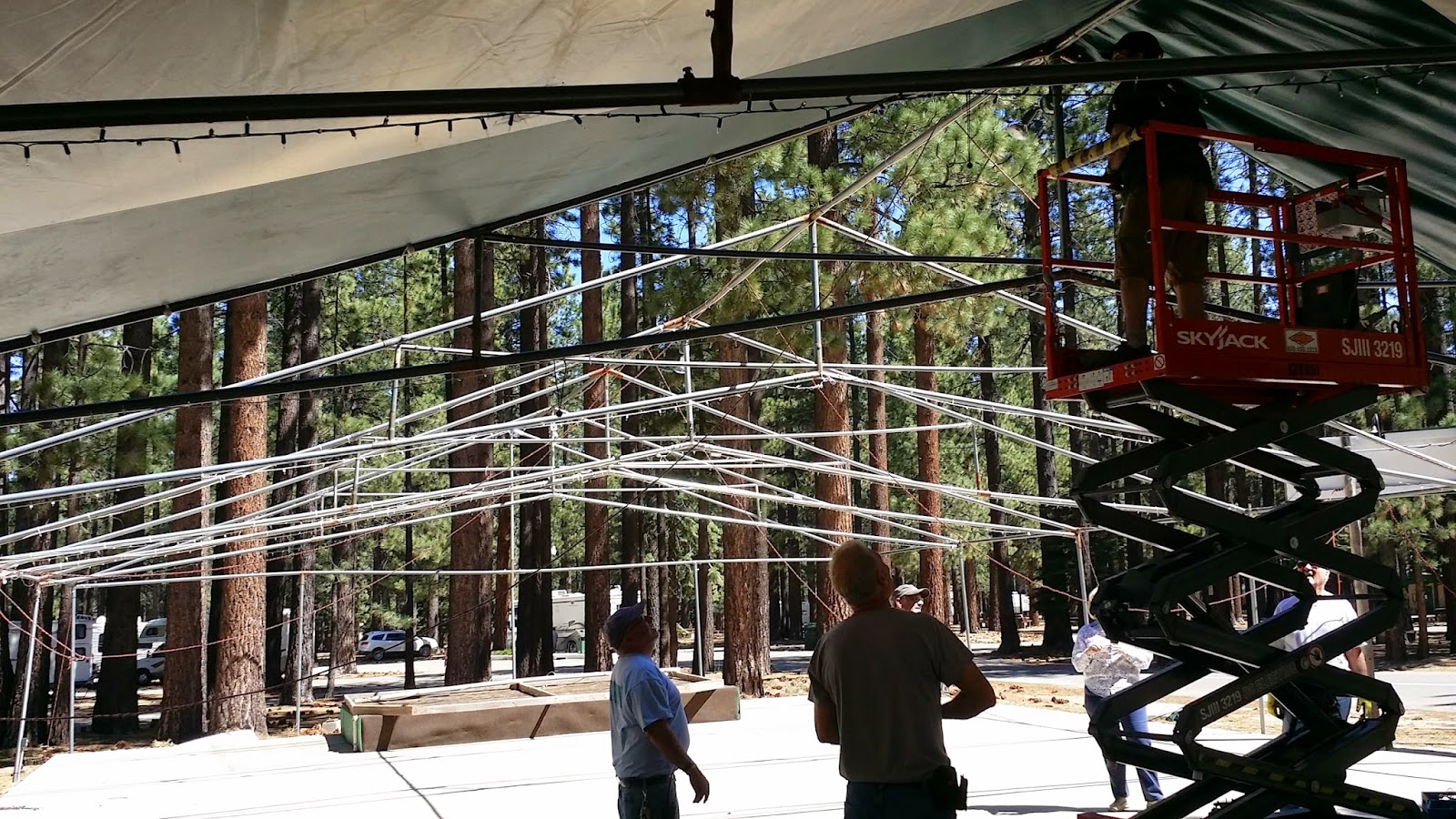 By 11:30 we had the three roof panels installed, and secured, but they needed to sit in the sun for at least a day before we could stretch them out properly, so I headed home to watch the first game of the World Cup between Brazil and Croatia.  There was only one game Thursday, but Friday there will be three games on tap, and for the next month there will be soccer pretty much every day.  Then, just as the World Cup wraps up the Tour de France will commence on July 5th running until the end of July.

TLE and I sat outside the rest of the afternoon watching soccer and the U.S. Open with a little reading thrown in for good measure......yep felt just like Saturday to me!

Around 4:30 I got a text from Debby (of Bill and Debby fame) asking if we were interested in going to play pool that evening around 7 pm, and we accepted.  We met up at their motorhome just at 7 and walked over to Classic Cue to play some "9 ball". 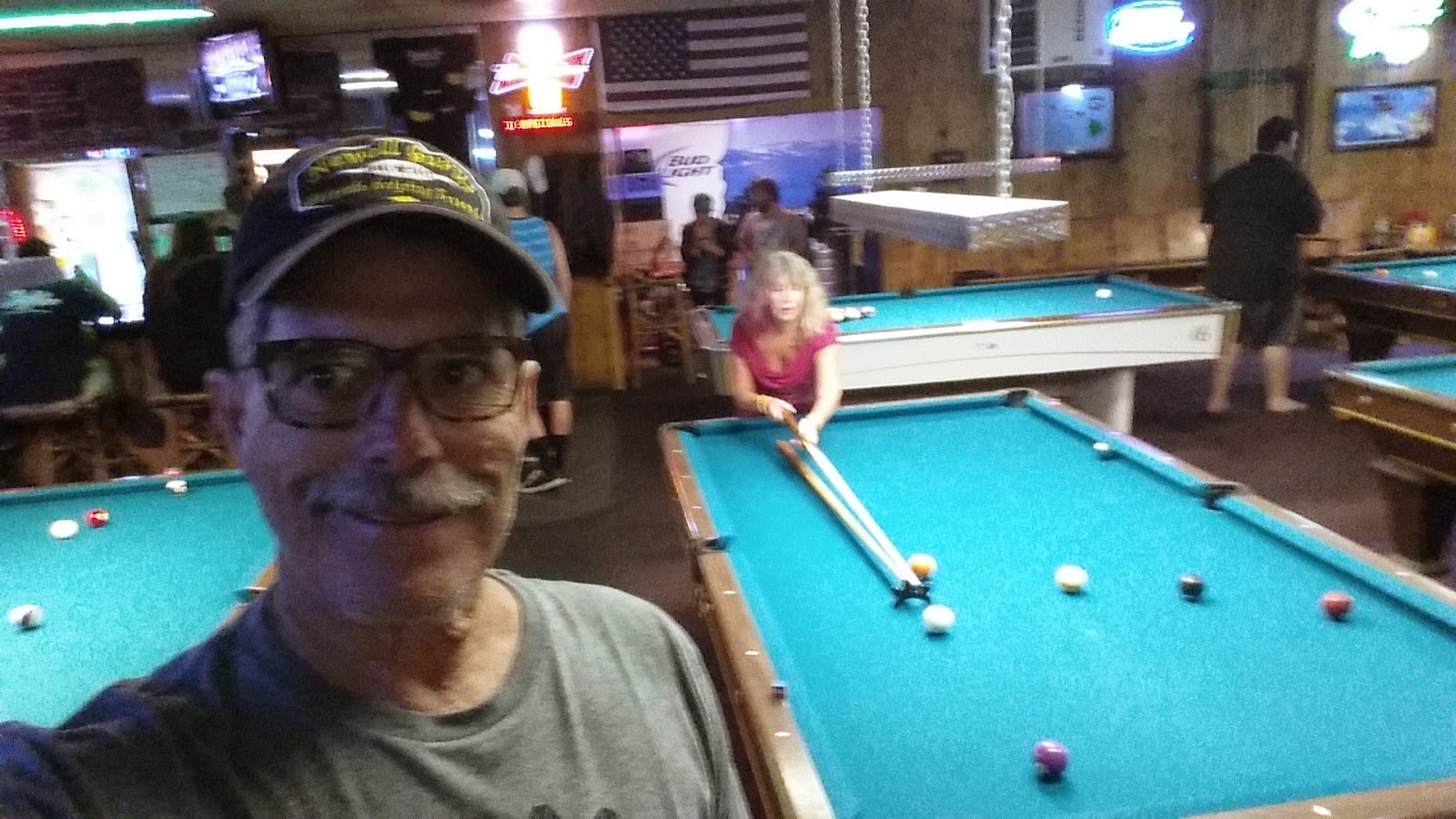 TLE, Debby and I have conceded that it is basically "us" against Bill.....sure, we try hard, and win a game here and here individually, but Bill is the pool shark in the group.  I did improve over the first outing by winning the first and the last game, and TLE and Debby won a game, or two, but Bill was much sharper than the three of us combined......:D  Fortunately, the basketball game between the Spurs and Heat was on the TV right by our table, and I was able to watch the Spurs, in between shots, dismantle the Heat once again to take a 3 games to 1 edge in the best 4 out of 7 game series.  The Spurs need one more win to clinch the championship.

* TVC = Tahoe Valley Campground
Posted by Whatsnewell at 8:02 AM