We have been hauling around a shelf we removed from one of the overhead cabinets in the salon area of the coach for about 18 months now.  TLE had a vision for that shelf that took me a while to buy in to, but after considerable thought I decided to utilize the shelf as she wished.

We have had this vacant space above the stove created when we inadvertently "fried" our microwave/convection oven back in late August of 2012 by plugging into a bad electrical outlet.  We fully intended to replace the microwave, but TLE decided after 2 months of not having a microwave that she really didn't need it.  She decided, instead, to replace it with a high end toaster oven, which she believed would be more useful.  So, once the new toaster oven was acquired she began to lobby me to take that shelf we have been transporting all over the country, cut it down to fit the narrower space, so she could store her induction burner above the toaster oven, and not in our gas oven when not in use.  I also needed to close up the space in back where you can see wires in the back.....this space in the rear of the compartment is where air from the vent over the stove moves upward to be expelled through a roof top vent.  For this to work well the space needs to be closed.  Additionally, the electrical outlet in the rear needed to be turned to face forward before I close off that rear space. 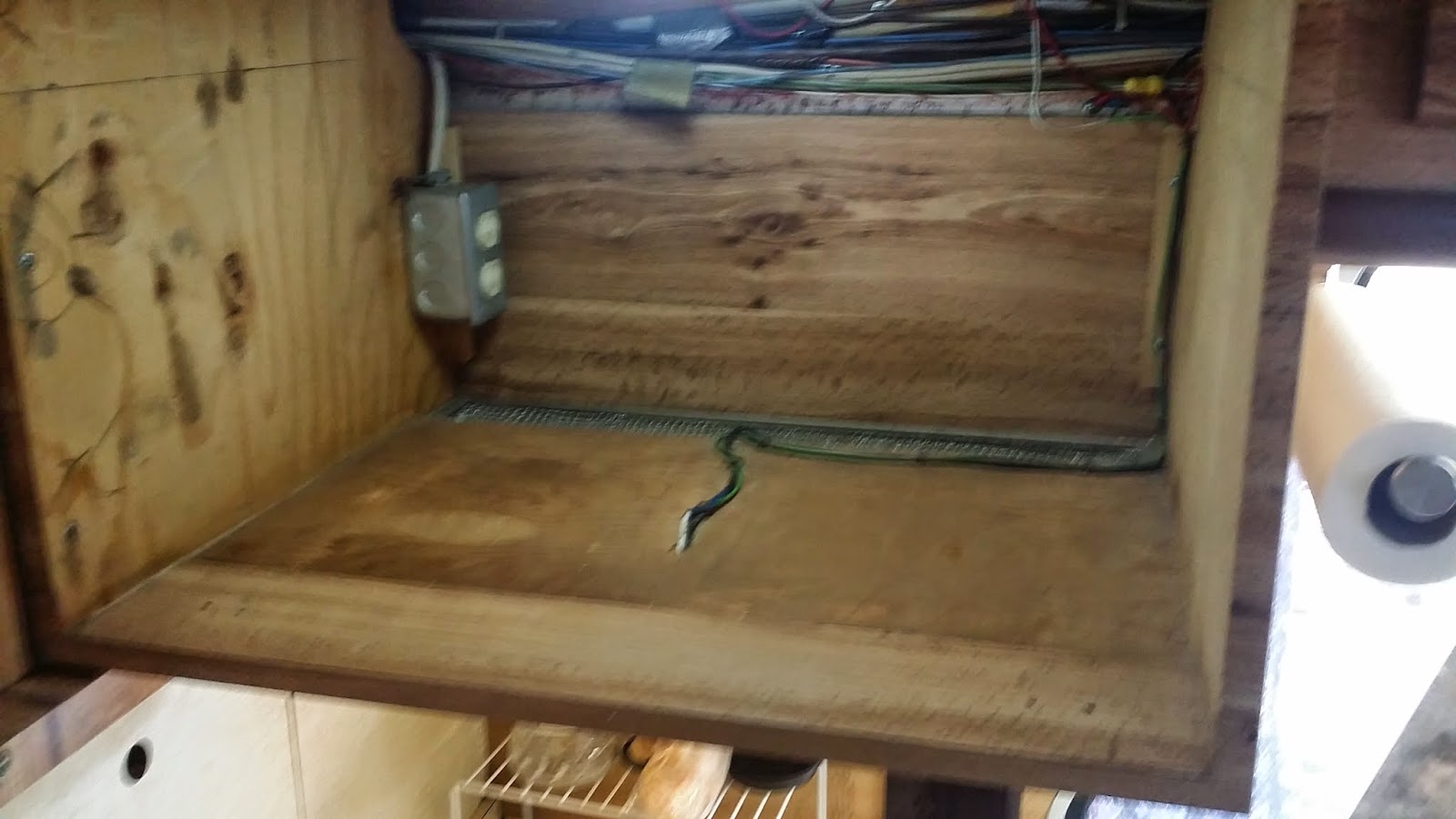 So, my first task was to measure the space and then to modify the shelf which necessitated shorting the shelf by about 6 inches.  Once the shelf was cut down to size I had to re-glue the laminate on the front of the shelf, which came loose. 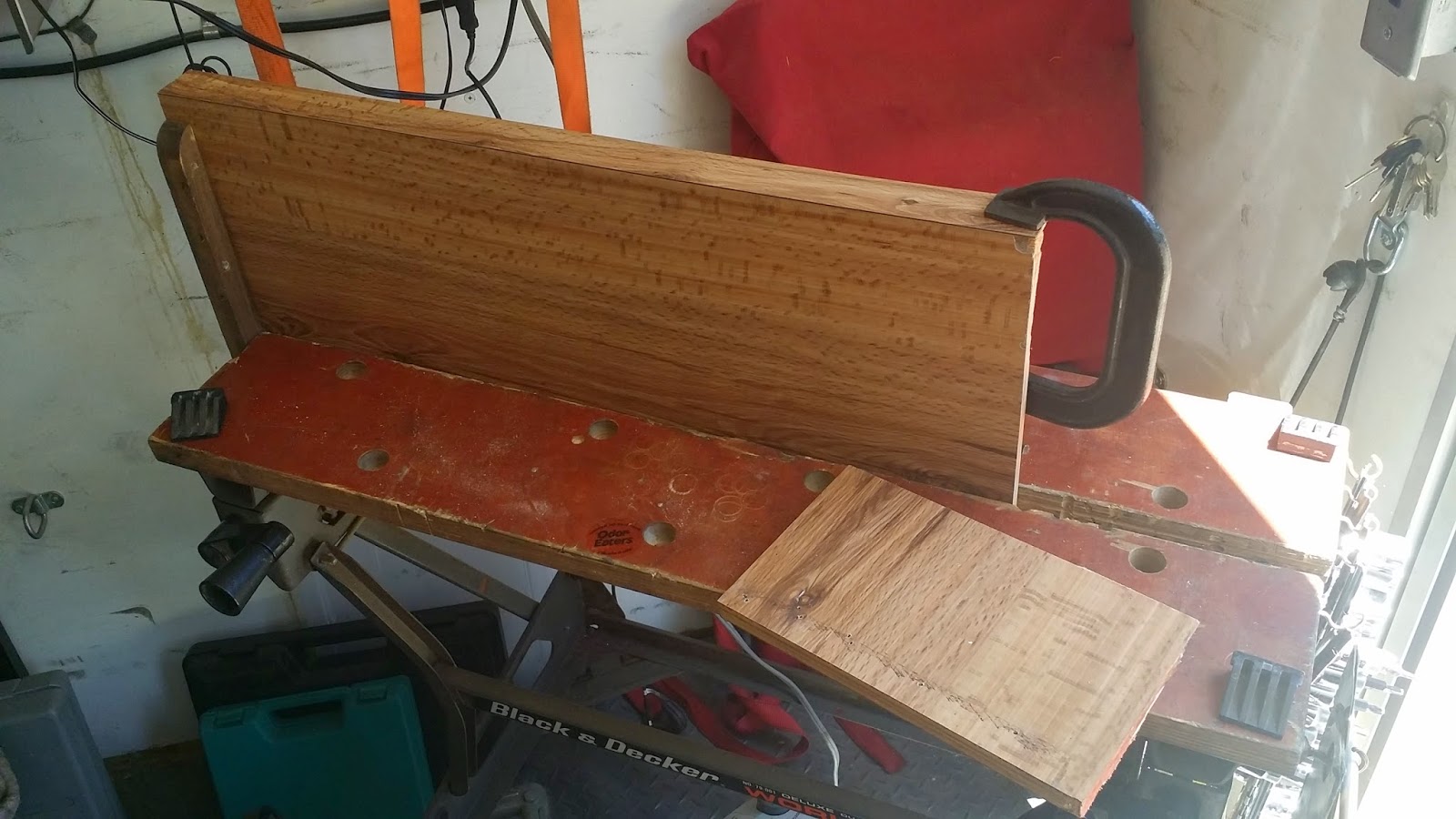 Next up was to flip the electrical outlet around, and then install some LED strip lighting so there would be a good source of light above and below the newly modified and installed shelf. 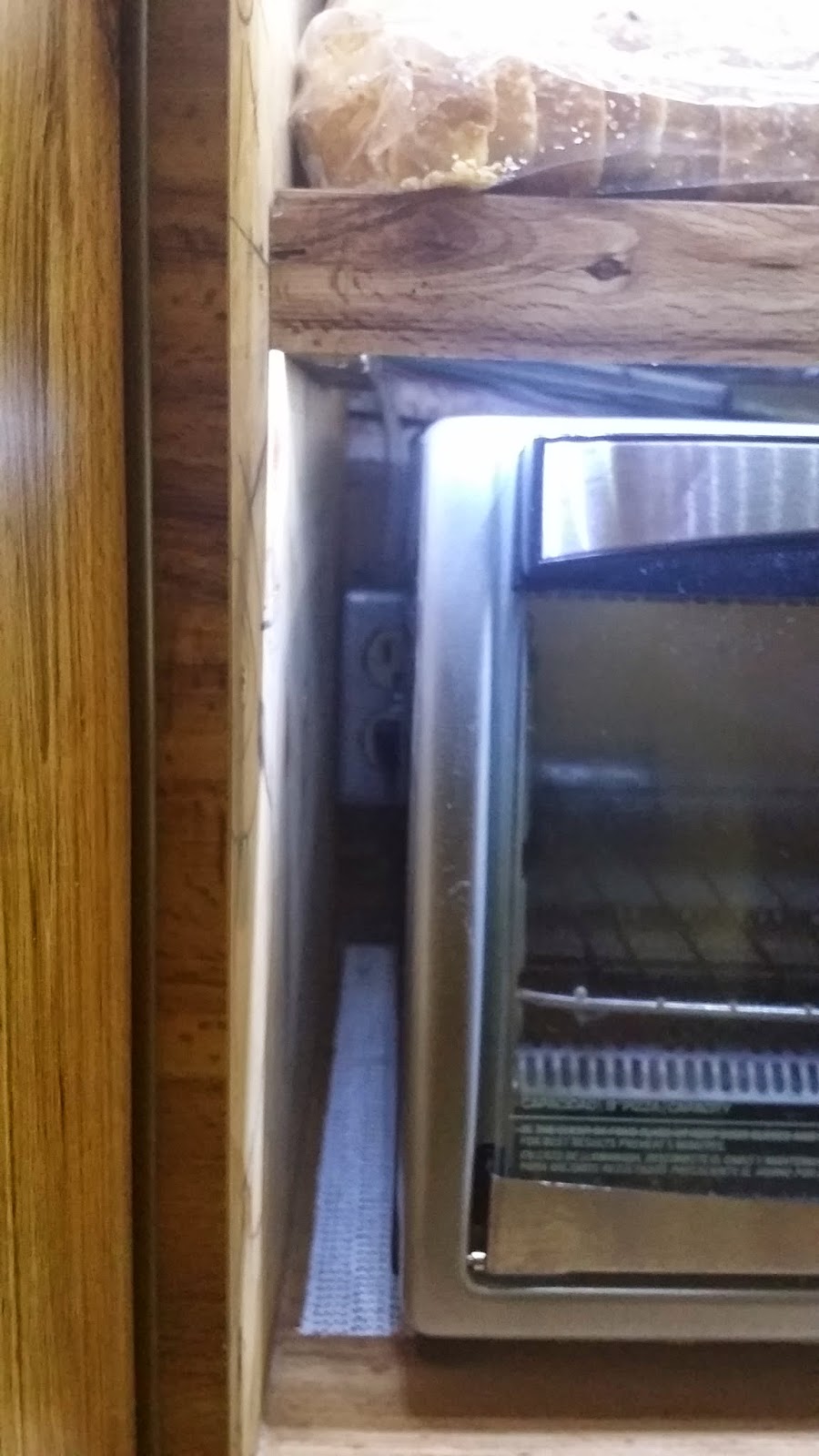 The outlet is rotated, and the LED lighting installed 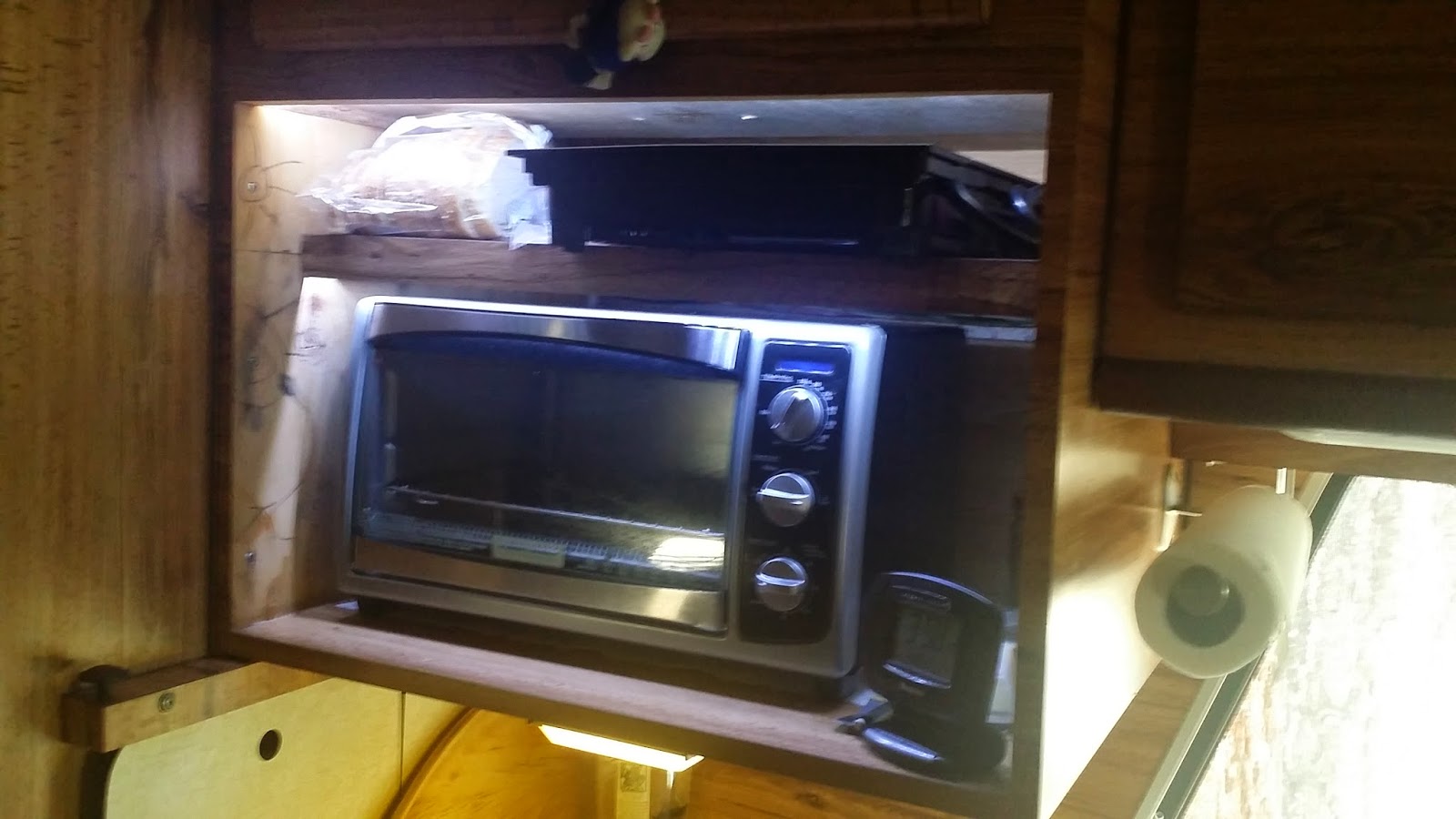 I started to work on this project around 10 am, and finished around 3 pm.  There was no "Hockwald Way" this day.....I just took my time.....measured everything 3 times and it came out looking pretty good I think.  There is still some finish work to complete, but the space is now more functional, and most importantly, TLE loves it!

While I worked on the shelf project TLE continued to ramp up her walking regimen by walking close to 5 miles.  We are gradually settling into exercise routines with our extended stay in one place, and it feels good.....now if I could just see a couple of pounds disappear!

The weather continues to excel......nice clear blue skies, balmy mid day temps, and no rain, or snow.  Our temps will actually creep into the low 80's later this week.....bring on the summer!