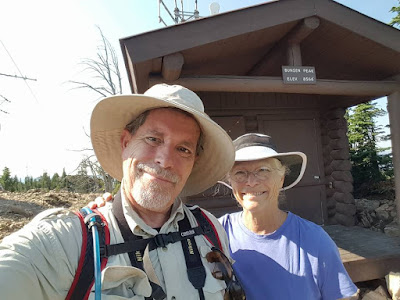 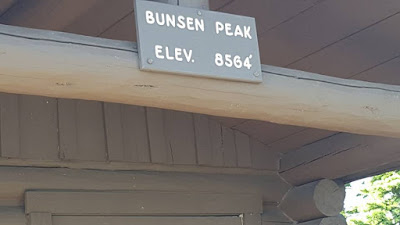 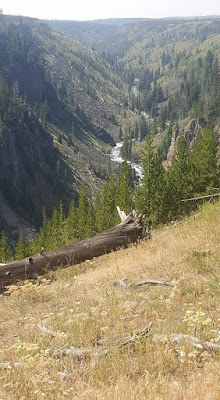 Man, it is time we headed for the coast, and cooler climes.  This time last year we were living in the sweltering summer climate of Ramona, CA. I was going to work at 7 am to beat the heat, and we were living half our day in air conditioning.....dreaming of cooler weather.  This summer we're not working, and still find ourselves in the occasional heatwave, but not a summer long sentence of daily oppressive heat, and we are mobile, so in a few days we will do just that....head for the coast where daily highs are in the 60's and 70's.

After finishing my daily blog post we jumped in our still freshly washed VW and headed to Calypsos Coffee Roasters over on Lakeside Avenue, down by the Lake Resort for coffee and breakfast.  When we were last in Coeur d'Alene we stayed for a month, and visited Calypsos a number of times.  We love the cool, funky vibe then, and were hoping it had survived the 7 intervening years...... 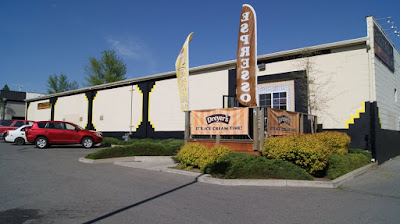 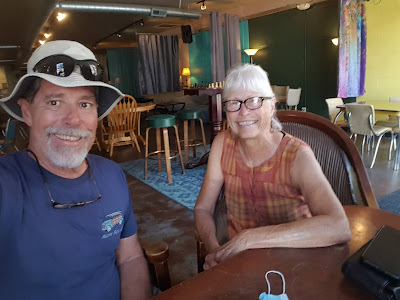 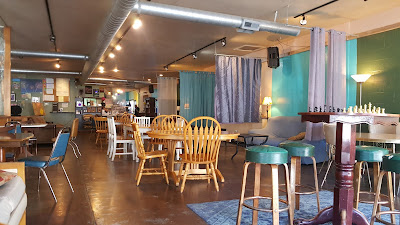 ......this place is full of old couches, and breakfast sets....it kind of feels like the interior of a high end furniture thrift shop, and we love it.  Good news, the cool, funky vibe lives on.....being that it was after 9:30 am on a Friday morning the place was mostly empty, and we pretty much had it to ourselves.  There is an alfresco seating area (see background of the picture below) where you can sit outside and have a view of Lake Coeur d'Alene..... 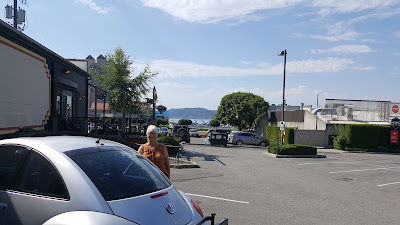 Over the past few weeks we have ordered a few things on eBay and Amazon to have delivered to my sister's home in Spokane, plus my son, Chris, had forwarded an envelope of mail, so we headed to Hilary's home after breakfast to pick up those packages, and mail.  One of the packages was a NEW Dickinson's Marine Sea-B-Que.....the one we have been using for the 12 years we have owned the Newell is 38 years old, and has worn out.  We have loved it so much that we had to replace it with a brand new Sea-B-Que...... 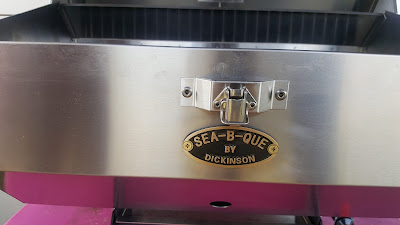 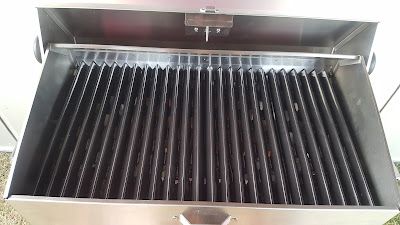 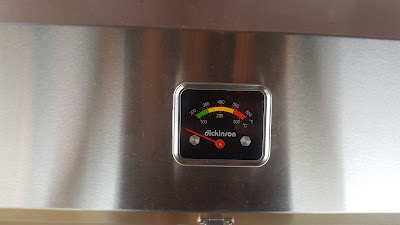 ......it is pretty much the same BBQ, but with some improvements in the design.  At $319 this is the most expensive BBQ I have bought, but why make a change when you know you're holding a winning hand, right?  With the acquisition of the new Sea-B-Que we now have replaced every major appliance (except the A/C units) in the Newell....to recap:

The afternoon temps got over 100°, and stayed there until after 7 pm.  Needless to say we spent most of the afternoon inside the cool confines of the Newell, but around 8 pm I went out to unbox, and setup the aforementioned new Sea-B-Que.


When you shop Amazon, please use our link (below) to access their website.......we will appreciate every purchase you make using our Amazon Affiliate link, and  remember, using our link will not add one penny to your purchase, plus we will receive a small commission which over the course of a year adds up to enough to by a tank of diesel for which we thank you very much!
Posted by Whatsnewell at 8:26 AM