Tuesday revolved almost entirely around our plans to have a beer tasting, chips and salsa party at our site for our fellow employees.  I've been collecting interesting beers for about a year, and have run out of room in our Norcold reefer for any more, so it was time to thin out the heard.  The party was TLE's idea.....I provided the beer, she did the rest.  I did, however, spend about 90 minutes detailing the ranger cart by cleaning the seats, which had gotten very grimy, cleaning stains out of the fiberglass gel coat, sealing the emergency lights cable against the weather, etc.

We haven't been down to Carson City in several weeks, and we needed a few things we get specifically from TJ's and Costco so we left around Noon, made the run up and over Spooner Pass, did our shopping and were back by 2:30 pm.

Our beer tasting party was scheduled for 5:30 pm, so we spent most of the next three hours getting ready.  TLE made up a batch of her famous salsa Tuesday afternoon, bought a lot small plastic cups for the beer tasting, and I organized my cache of beer, got the fire ready to light, and then relaxed until 5:30.  TLE took down our sunscreen for the first time since sometime in June to make room for everyone to gather around the picnic table.

One of our fellow employees, Morgan Morris, made up a batch of her famous cucumber/guacamole dip and brought it to the party, and Sandy Dittus (store manager) brought a shrimp/dip platter and a cheese platter.  In all we had about 7 fellow employees join us for three hours of fun, laughter and enlightenment.......I say enlightenment because many of our friends had no idea they would like some of the beers I chose...... 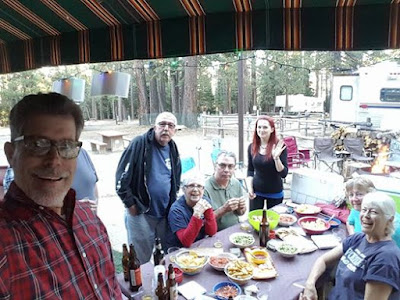 Morgan, who took the picture below, is the redhead waving 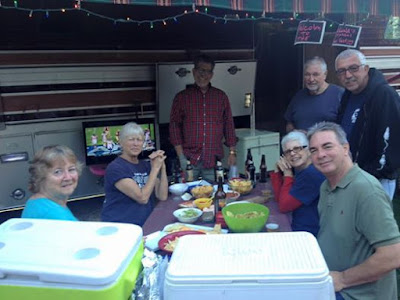 Left to right: Sandy, TLE, moi, Phil, Carol, Dan and Gordy (Morgan was the picture taker.....she is pictured in the shot above (Victor, our assistant manager, missed the picture taking) 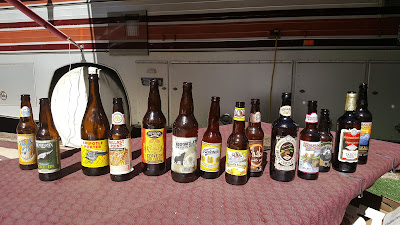 .....in all we sampled 14 beers consisting of IPA's, ales, shandys, browns,  hefeweizens, stouts, porters and a lot in between.  There were jalapeno porters, chocolate stouts, and a chilebeso (which, by the way had a real chile bite at the end).  Probably the most popular, even among those who do not like dark brews, was the Samuel Smith Organic Chocolate Stout, which also happens to be my favorite of all time, still.  The second most popular beer was the Great Basin Cervesa Chilebeso (going left to right this is the 5th one), and the third was Leinenkugal's Summer Shandy.  The very large bottle pictured above (3rd from the left - Chipolte Porter) was a big disappointment in a big bottle, but otherwise all the brews were well received.

It was agreed all the way around that everyone had learned a lot about the different types of beer available, and that not all of the various classes are created equal.  There are great offerings within each class, but you have to try them to find the ones which fit your taste pallet best.

Morgan was kind enough to take a bunch of pictures, which I share with you now.... 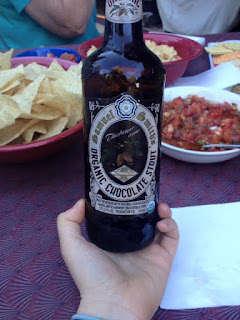 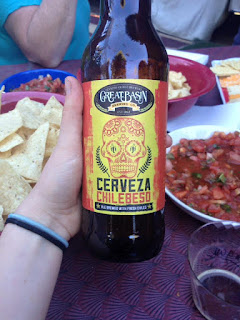 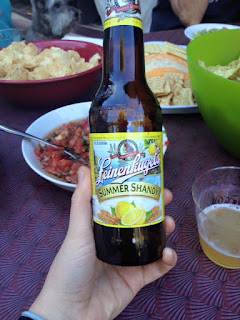 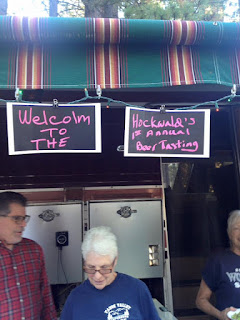 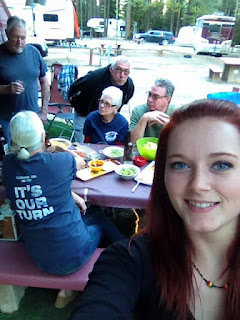 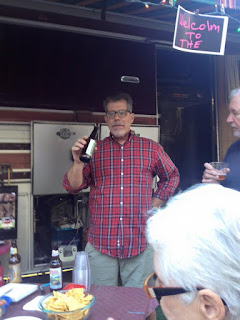 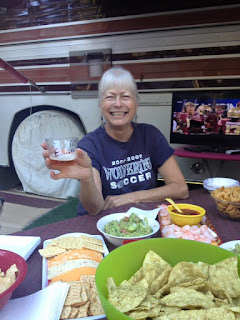 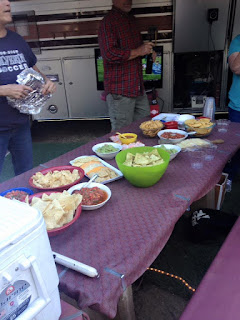 We called it a night around 8:30, and then TLE and I sat by the fire until about 9:30 before heading inside for the night.....yeah, Tuesday, was a great day!  Thank you to all our friends, who happen to be fellow workers (Morgan, Sandy, Phil, Dan, Gordy, Carol, & Victor), for making our first annual beer tasting event a success! 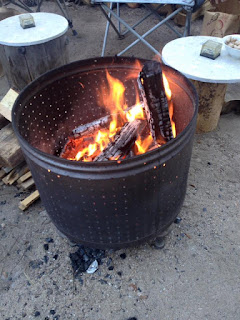 Thanks for stopping by!
Posted by Whatsnewell at 11:07 AM