Thursday was a very laid back day.....very low TVC occupancy rate......very quiet.....balmy weather.....napping outside in the zero gravity chair......reading a good book outside in the zero gravity chair.  There is really not much else I can say to describe Thursday morning and early afternoon as far as what I did......on the other hand TLE washed multiple loads of dirty clothes in the splendid Splendide on the eve of the 18th anniversary of her 49th birthday....what a woman!

We reported for our shift just before 3 pm to a quiet office, and quiet campground and with the exception of a few clusters of RVers checking into the park it was a very quiet evening, which is a good thing since TLE and I were the only staff on duty Thursday afternoon/night.

Thursday was also the official beginning of the 2016 NFL season and featured  a rematch of the Super Bowl opponents Denver and Carolina.  Denver was down 17-7 at half time, but once again the Denver defense kept the Broncos in the game long enough for their offense to get going, and they won 21-20 when Carolina missed a 50 yard field goal attempt wide left with 4 seconds to go. 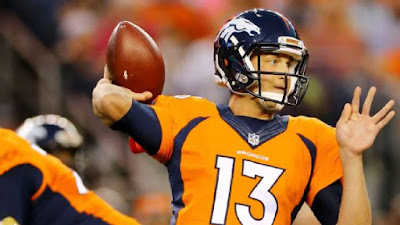 After closing the office and making our final bathroom rounds we were home by 10:35 pm and relaxing, and were in bed shortly after midnight.  Friday begins our last big weekend of the season.....we have three groups in the park which will bring us to about 50% occupancy.

Thanks for stopping by!
Posted by Whatsnewell at 9:41 AM