Friday dawned clear and cool.......did I say I love Arizona in the winter?  The weather since we arrived going on three weeks ago has just been wonderful.  We still have not run our air conditioning, and have only run our front electric heater a handful of times first thing in the morning for 10-15 minutes to take the chill off the interior.

The big job for the day, which involved both TLE and I, was to repair two tears in our awning on each end where the fabric attaches to the aluminum "head casing". 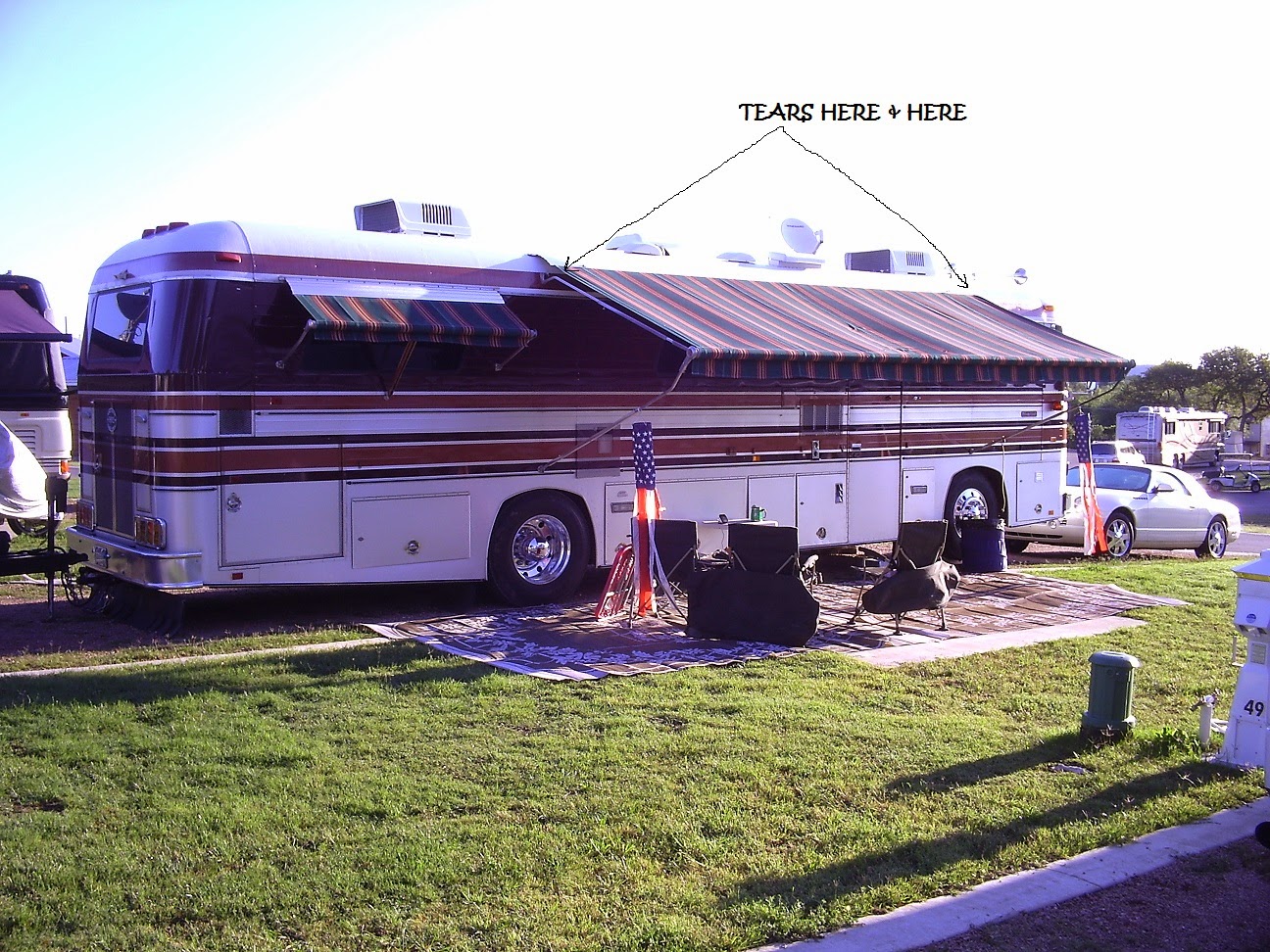 A file picture to show where the tears were

We had to immobilize the roller to take tension off the fabric, so I used a couple of "C" clamps to accomplish that.  Before I go on I called ZipDee, the manufacturer of our awning, a few years ago (at least 4) about this problem and they told me how to fix it and sent me, free of charge, several pieces of the Sunbrella fabric to use in the repair.  This is how long I have needed to fix this problem.  In the interim the tears have slowly gotten worse, and it was time to fix them before they got too much bigger.  At any rate, since the Sunbrella fabric is essentially silicone all I needed to do, according to ZipDee, was to use a silicone caulk to glue the fabric over the tear, clamp it, and let it dry, so that is what we did.  The repair was actually easier than I expected, so now it is just a matter of letting it cure for 24 hours.  After letting it cure all afternoon we stowed the awning away for the night, and will re-deploy it Saturday around noon having given the caulk 24 hours to cure.

Friday was also the second day of the second round of March Madness.  There have really been a number of close games, and 4, or 5 have gone to overtime.  To give you an idea of how rare this is for March Madness, last year there were only two overtime games in the entire tournament.  There were a couple more upsets of top seeded teams, but, fortunately for me UCLA was not one of them......they won their game against Tulsa State by 17 points.

Later in the afternoon Tom and I drove over to Wells Country Store to buy dinner....for TLE and I another pizza, and for Tom 2 chili cheese hot dogs.  Darlene was not going to be back from Mesa until after 8 so we sat outside once again watching the sun set, and eating our dinner.

Thanks for stopping by!
Posted by Whatsnewell at 8:39 AM