The weather here in Wittmann has been just delightful......daily temperatures have been running in the 79-83 degree range.  We have not had to run the A/C one time, and have only run our electric heater a few times early in the morning.  Most of the time the air has this balmy feel to it.

First thing Wednesday I ventured up on the roof of our coach to clean the solar panels......it has been a while, and I was surprised they were not very dirty after all this time.  This is the first time I've attempted to climb up there since before my surgery, but after 5 weeks I feel pretty much back to normal.......whatever that may be.

Once that was done I decided to get back to work on Tom's two Schwinn mountain bikes......these two bikes were bought 15 years ago for their two youngest kids, and now he would like them tuned up for use by his grand kids when they visit.  Since both bikes had been kept inside it was really just a matter of cleaning a decade's worth of dust off of them, then repacking the axle bearings, which were dry due to years of not being used. 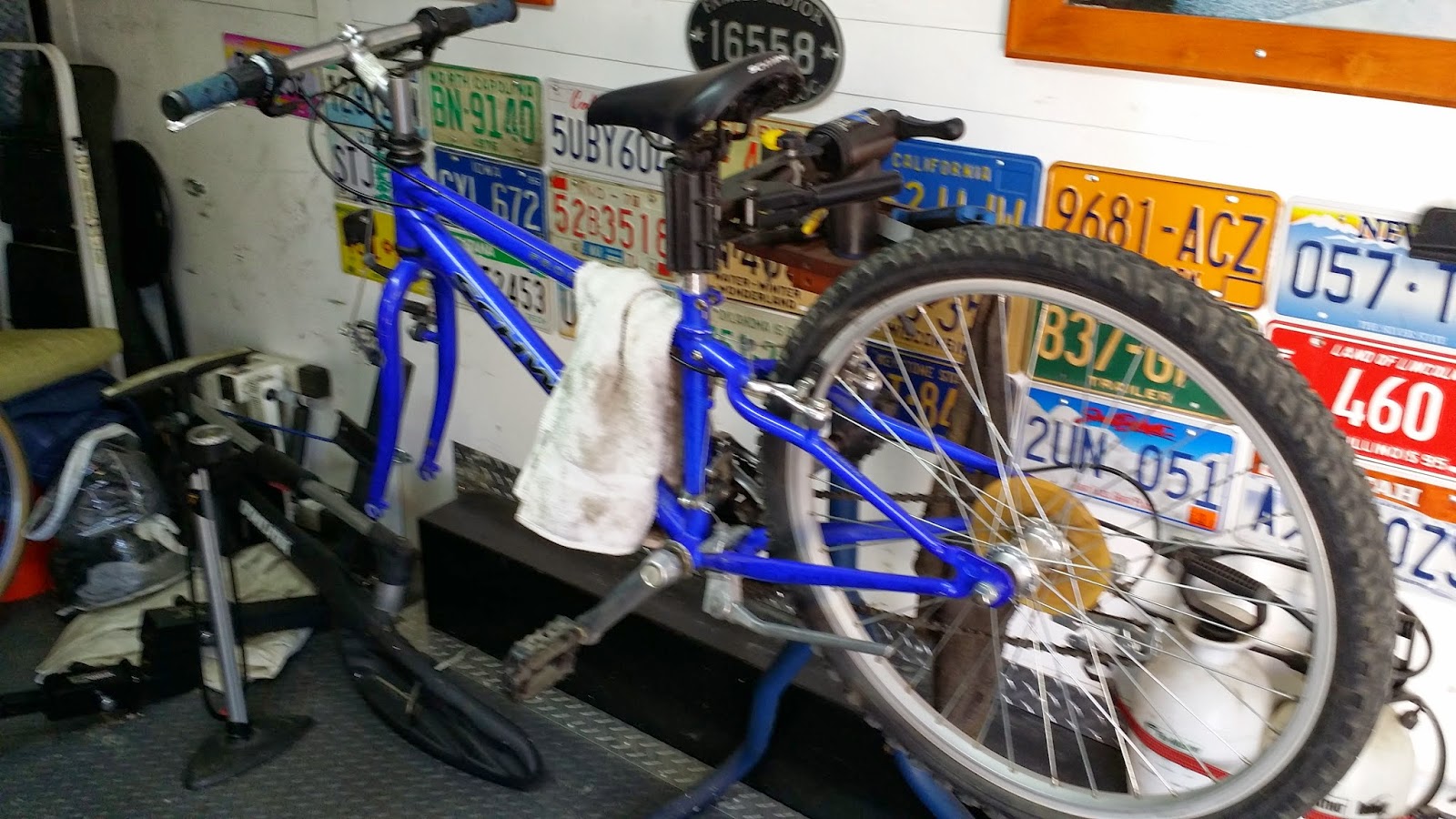 This took several hours, but when I am working on a bike the time is no object.....in fact time just seems to melt away.  The two bikes were easy to work on, and needed no adjustments....they shifted perfectly, and the tires and tubes were still in good condition, surprisingly.  I did have to cut about an inch off of each kickstand as the bikes tended to fall over because they stood too upright when the kickstands were deployed.....now they work perfectly. 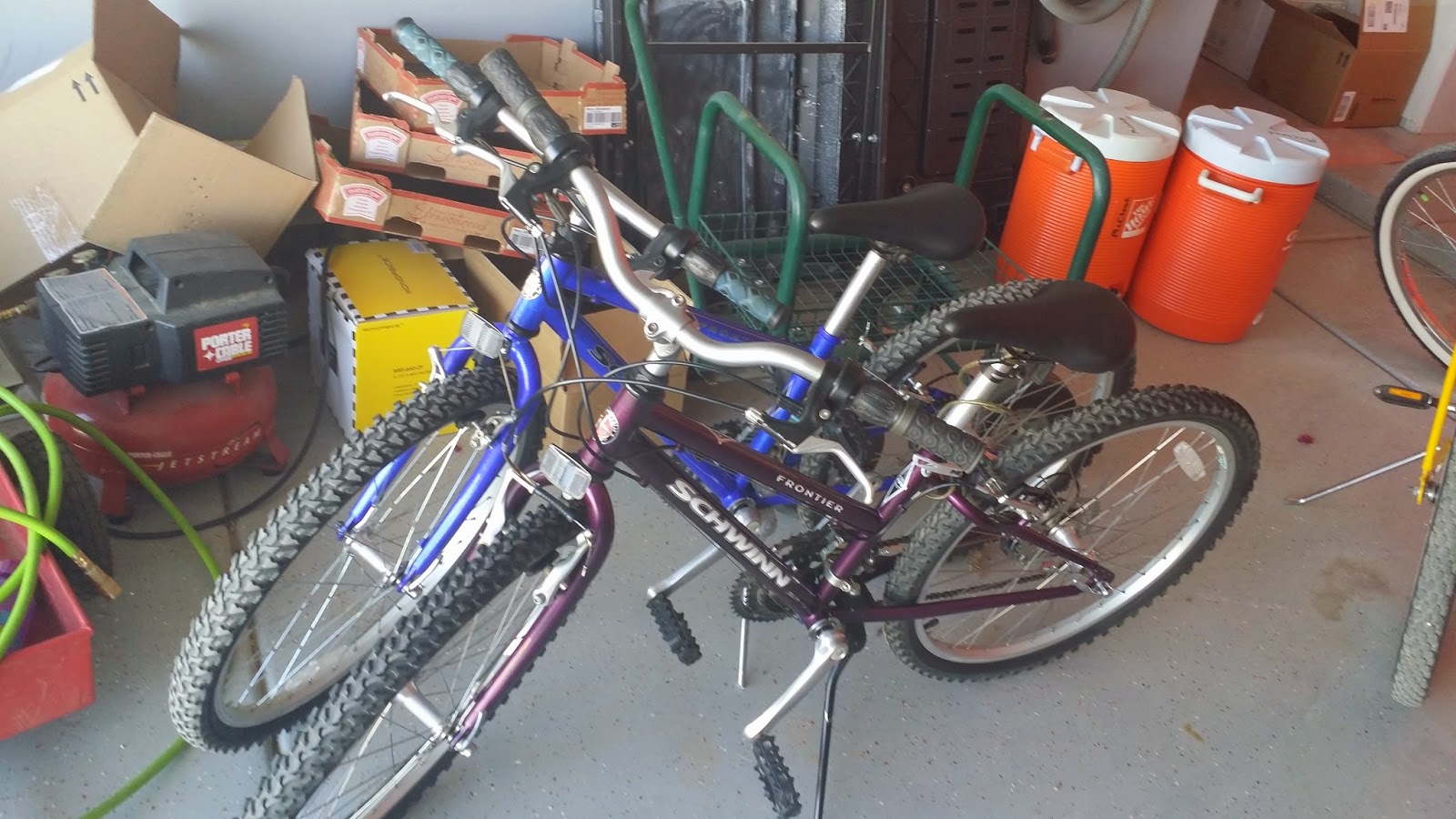 The bikes are finished!

After that I made use of Tom's air leak detector to re-check my front air valve installation, as well as the rear air valve manifold......no leaks were detected, and the air system continues to hold air nicely!

Around 6 we headed into the McCloud residence to prepare dinner.....this night I BBQ'd a filet for myself, two hamburgers for Tom (Darlene had left earlier in the day for Mesa to take care of some business), and TLE had a salad.  The air was so balmy we decided to sit outside under the ramada eating and watching the sun set on 3rd Saturday. 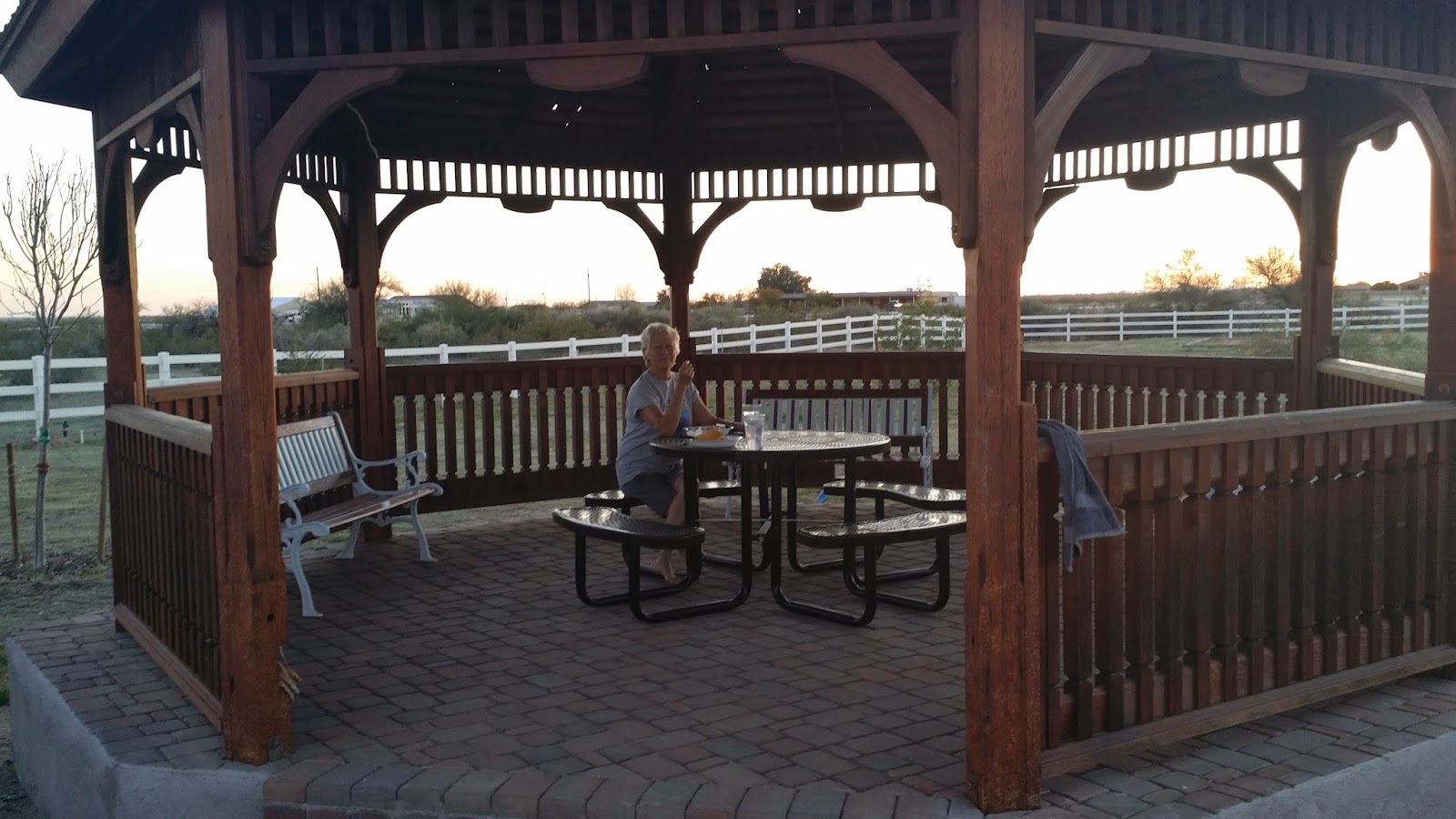 Dinner at the ramada 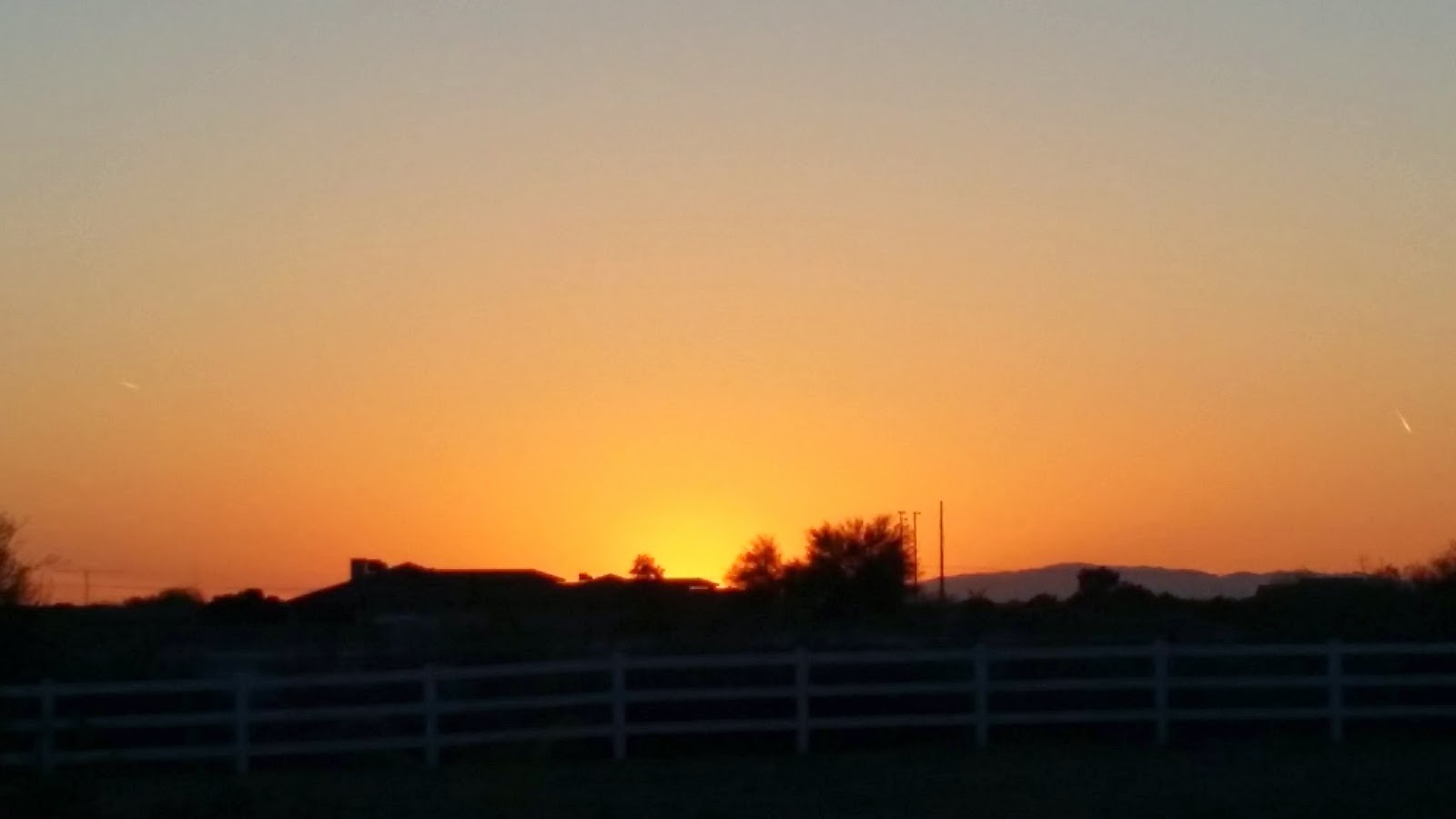 Posted by Whatsnewell at 9:49 AM