We awoke to a little rain Tuesday morning, and heavy overcast, but by 9:30 it began to break up a little which was our hope since we had plans to be outdoors most the day.  Our purpose for spending three days in Petaluma was to be able to spend a day with former elementary and junior high friends Doug and Scott who live in Santa Rosa now after long careers at Hewlett-Packard.  I have seen Scott at several school reunions, but had not seen Doug since 1999.  I got to know Doug quite well during the summer of 1969 when we both had summer jobs working at the same place in Pasadena, CA.  We had a great summer together, and I have never forgotten his wry sense of humor.

Around 10:30 we began the 30 minute drive up to Santa Rosa arriving at Scott's home shortly after 11 am.  Doug is a wine aficionado and really knows the Russian River Valley and Dry Creek wineries of Sonoma County and had offered to take TLE and I to some of his favorites for a day of wine tasting.....Doug is a wine club member at Wilson Wineries which is affiliated with several other wineries in the area meaning that as his guests we would be tasting free of charge.

After about a 45 minute drive up to the Healdsburg, CA area we made our first stop at Matrix Winery right on the edge of the Russian River Valley...... 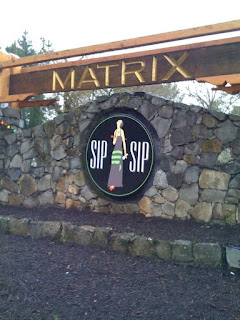 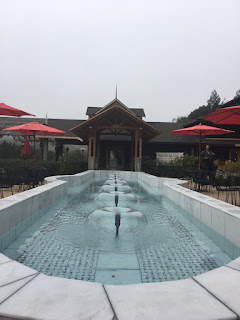 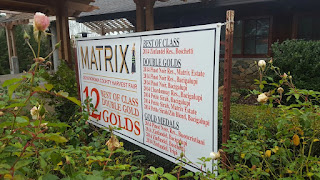 ......there we met Patrick Reis who gave us a tasting tour of the winery's various varietals.....TLE and I really like Pinot Noirs and that is their specialty......Patrick spent a lot of time educating me on the finer points of the Pinot making process and I was very grateful.....thank you Patrick! 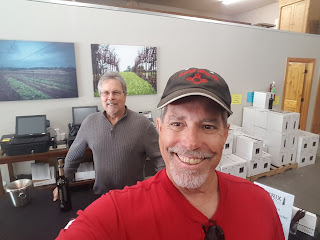 With Patrick.....he is a Pinot savant!

We spent the better part of an hour, and by the time we left I realized I needed to focus much, much more on pacing myself as we had many more wineries to visit.....:-)  Next up was Wilson Winery in the Dry Creek region who specialize in Zinfandels including numerous 'Old Vine' Zins...... 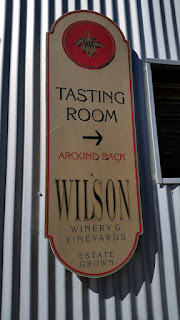 Doug's favorites wines are of the Zinfandel variety, and Wilson has many to offer.....I never realized there were many subtle variations from one to another.....I continued to struggle with pacing myself......they have these little urns in which you can pour what wine you don't drink, but it seemed like a 'sin' to do that......nonetheless, I began to do just that otherwise I wasn't going to make it out of the parking lot of the second winery......:-) 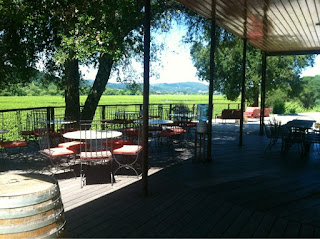 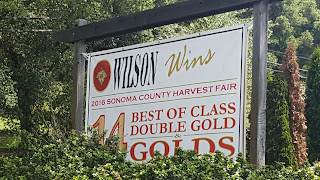 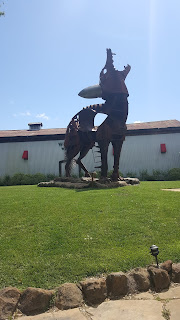 I did, indeed make it out of the Wilson Winery parking lot (Scott drove us this day and he has much better self control than the rest of us) and we were off to the next winery....Mazzocco Winery where we were treated to some amazing Sauvignon Blancs (pronounced 'saw vee nyon blahnk'), and more great Zins...... 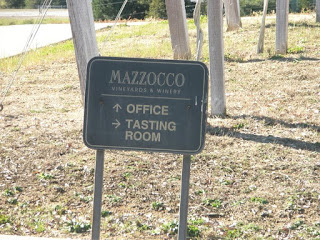 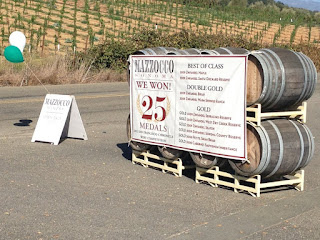 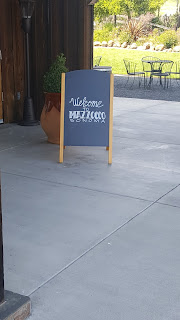 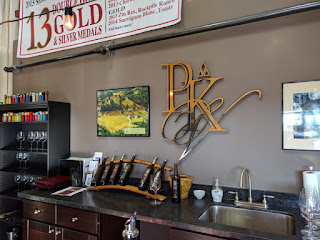 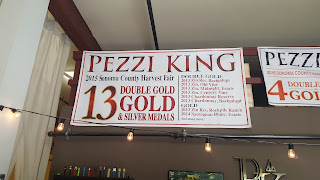 ......in all we visited four wineries in the Russian River Valley/Dry Creek regions, and thoroughly enjoyed our time with Scott and Doug......the conversation went on non-stop for close to 7 hours in all.....we finished our lovely day at Bear Republic Brewing Company in downtown Healdsburg where we were able to dine alfresco enjoying the beautiful weather we were blessed with after such a rainy start..... ......we arrived back at Scott's home just after 6 pm, said our 'until next times' and were on our way back to Petaluma with smiles of satisfaction on our collective faces.

We appreciate every purchase made using our Amazon Affiliate link!
Posted by Whatsnewell at 8:30 AM