Friday saw much improvement in TLE's condition, however, we both felt she should just stay inside being quiet and resting.  On the other hand it fell to me to continue putting away stuff in the trailer, which I did.  All that is left now is to secure the Park Tool bike stand in its traveling position, and then put away our two Cannondale bikes and we're ready to load the Beetle......of course there is still the awning mat, the Malibu lights, the hundreds of LED lights,the sun screen, the lounge chairs, a few other chairs, the wood we will take with us, the sewer hose, the water hose and finally the 50 amp power cord.....:-/

Around 1100 hours I, by myself, drove down to Carson City to make our last run to Costco and TJ's to stock up on wine, scotch, coffee, cheese, rotisserie chickens, pollo asado, etc. before we depart for the southern rural coast of Oregon.  There are a lot of fires burning in this area and the smoke from them has turned the normally cobalt blue skies into a kind of unattractive gray pall.

After a quick stop at Raley's fuel station to fill up the Beetle for the final time at SLT using one of our 50 cent off coupons (Premium with the discount costs $2.86/gallon here) I was on my way 'down the hill'.  My first stop was at Supercuts to get a trim, as we won't be near one for over a month, the on to TJ's and then to Costco where the thing that happens to me every 6-8 months happened again......my bank decided I was not the one in Carson City using my bank card and put a hold on my card as I was paying for my purchases.  I've gotten used to this and have the Fraud phone number for my bank programmed into my speed dial......it took a few minutes, but the hold was removed after I identified myself five ways to Sunday, and confirmed that I was were I have been for the last 3.5 months, and shopping at the same places where I have shopped for the last 3.5 months.  I was on my way back up the hill by 1340 hours, and after a quick stop at Dart Liquor at State Line I was home by 1410.

Just a few minutes after I arrived home my sister Jill called for our weekly phone call.....great timing Jill!  We talked for about half an hour (she lives in Michigan, so it 3 hours ahead of PDST, so it was getting time for dinner there), and then bid each other adieu.  On the other hand it was only 1445 here so it was time for me to sit outside reading a good book, and take, ultimately, a much deserved nap.

Around 4 I walked with TLE over to the laundry to do our weekly wash, and by 6 we were sitting outside eating some delicious chicken soup TLE had brewed up, and speaking of brew, I pulled out a 22 ounce bottle bottle of brew Brian (The Roaming Pint) had given me for tuning up his bike.  He found this one deep down in the bayou country of Louisiana, and I need to find out where to by more of this brew.  The coffee flavor made this one of the best of its kind I have ever had the privilege of sipping......kudos to you Brian.....you really know my tastes well! 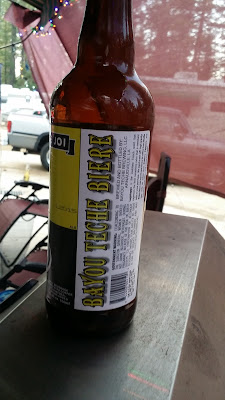 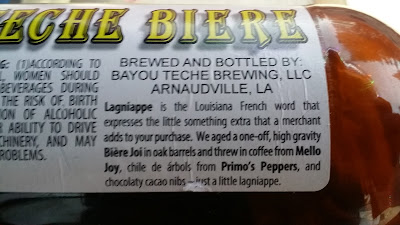 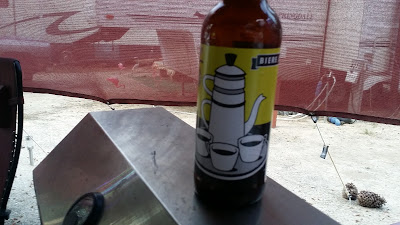 Thanks for stopping by!
Posted by Whatsnewell at 7:04 AM