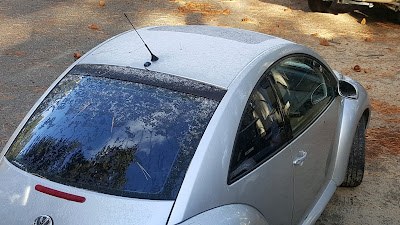 So, Monday, after more than three days of rain I figured all the dirt, grime, and dust of the summer must have been washed from the surfaces of the Newell, and I was correct.....she hasn't looked this clean since the day we left Fontana for TVC back in late April.  Once the sun was up I spent time wiping down the sides of the Newell from front to back as high as the windows.....the roof line looks clean and shinny once again. I finished up by wiping down the trailer and VW......ahhh, everything clean at the same time, and with the least amount of effort expended.

It was still in the high 30's at 9 am and in spite of wearing a pair of latex gloves my hands were somewhat numb so I headed inside to warm up once again..... 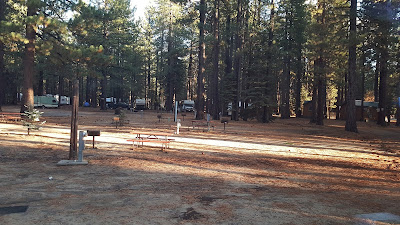 While TLE was at work I puttered around in the 47 degree afternoon sweeping all the pine needles and other storm debris from our awning mat, and then raking all the pine needles out of our site.  I thought I could do it in my flip flops, but let's face it....47 F degrees is 47 F degrees.....by the time I finished I had no feeling in my feet anymore.....I guess it's time to admit it is no longer short pants and t-shirt weather.....at least not until we get below 4,000' elevation.

TLE was home a little after 5:30, and proceeded to make an amazing dinner......baked, bread crumb encrusted mahi mahi, mashed potatoes and some veggies....... 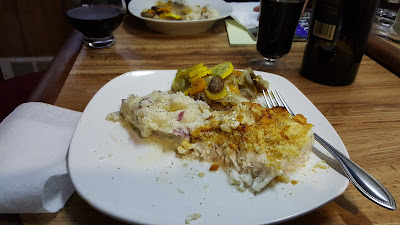 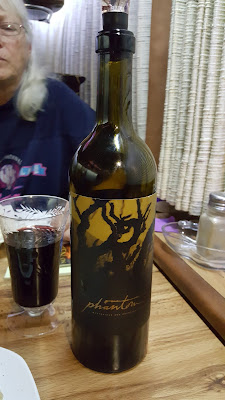 ......we watched the MLB ALCS game between the Cleverland Inuits and the Toronto Blue Jays, which was won 4-2.  So Cleverland is 1 game away from the World Series.  Meanwhile the MLB NLCS between the Trolley Dodgers and the Chicago Cubes is tied 1-1 and will reconvene in Chavez Ravine tonight.  The MNF game was 'turrible' as Charles Barkely would say, so beyond that descriptive it deserves no further mention other than 'TURRIBLE'!!

We watched a recorded episode of 'Elementary', and were in bed by 11 pm with our electric blankets in the 'ON' position in anticipation of another very cold night.

Thanks for stopping by!
Posted by Whatsnewell at 8:06 AM