Wednesday was another opportunity to spend time with two of my daughters, their kids and husbands.  TLE had made plans to prepare some Thanksgiving sides at Kate's home (used to be our home) in Ontario, as well as cook Thanksgiving Eve dinner for everyone consisting of two large Chicken Enchilada Casseroles.....'everyone' consisted of the aforementioned folks, plus our in-laws (Nick's parents Jack and Nancy, and their daughter Ali).  TLE left before 9 am to drive down to Kate's home, and I agreed to follow later on my bicycle.  It's only 17 miles and this would mark my first bike ride in a week since my eye surgery.

I had a few organizing projects in the trailer which required my attention......I have this hardware organizer (screws, bolts, nuts, etc.) mounted on the wall next to my work bench that has a few drawers which needed some reorganization......mainly that there were things in them that I was not using, and saw no point in retaining any longer.  Ridding myself of the unnecessary items would make room for things I do use, and wish to keep handy.

By the time I had finished 5 of the small drawers had been reorganized, and a lot of small, unnecessary things removed and disposed.....it was now 12:30 pm.....time to get ready to ride my bike to Ontario.  First up was to take a shower and wash my hair for the first time since my eye surgery, then get dressed in my cycling wear, pack some street clothes in the 'trunk bag' on my bike and start my ride.

It was just before 1 pm as I left the Elks Club parking lot......Google maps told me it would take about 90 minutes to pedal the 17 miles, and it was very accurate.....I arrived at my daughter's home about 89 minutes later.  Predictably the Thanksgiving Eve traffic was relatively heavy as people were making their way out of town on their way to many Thanksgiving destinations.

I spent the next 4 hours reveling in grand kid time with Brayden James, Jolene Rose, Charlise Rae, and Elijah Thomas.......... 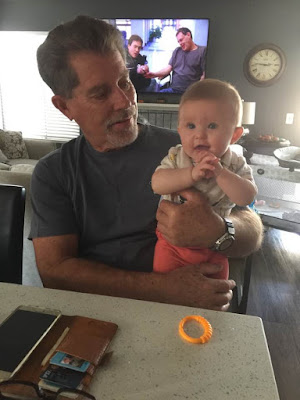 Hangin' with the every happy Jolene Rose 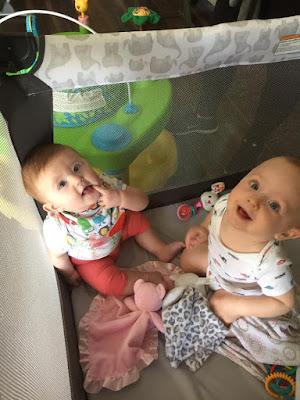 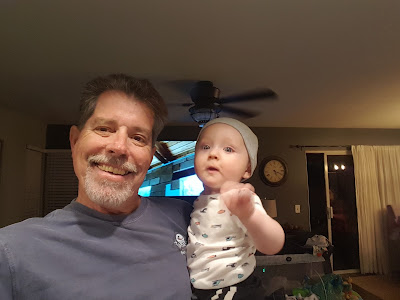 Hangin' with my bud Brayden James 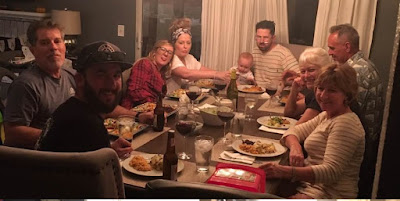 ......enjoyed being able to get some one on one time with my daughters Sharon and Kate, as well as Jack and Nancy.  The afternoon/early evening was all for which I had hoped, and more.

We were home before 7 pm, and spent the evening watching a two hour episode of 'Survivor'.....this is probably one of the best seasons ever.

Thanks for stopping by!
Posted by Whatsnewell at 9:50 AM