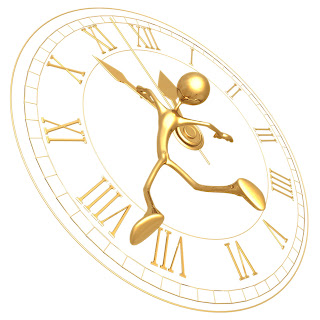 In about 26 hours we will point our Newell northbound on Interstate 15 for our longest trip (time wise) to date. We will be gone exactly 3 weeks (November 20th to December 11th). The first 1400 miles we will cover in 5 days.....not exactly the Indy 500, but certainly more miles per day than I like to cover in that short a period of time. After that the final 2200 miles of our trip we will take in very small bites....a 50-100 miles at a time over a 2 week span.
I don't know about "you", but 3, or 4 days before departure on a long trip such as this I awake around 3am thinking about the adventure that awaits. I wonder what mechanical issues may challenge us, what new places await exploration, and what interesting people we will cross paths with. We have made no reservations. The first leg of our trip will find us dry camping at Flying J's, or Cracker Barrels, with an occasional courtesy parking arrangement (including an electrical umbilical cord) at the homes of friends, relatives, and acquaintances in Utah, Montana, and Washington.
No trip ever goes "as planned". Most of the time the twists and turns are minor deflections from the "general plan", but sometimes a trip can take on the appearance of a clown car with wheels, bumpers, and doors exploding off the vehicle. There is one memorable trip we took with 2 other couples many years ago to Lake Tahoe for a week of camping. Two of us towed tent trailers, and one couple towed their Hobie Cat. We dreamed of days of sailing on the lake, sitting on the beach reading, swimming, and nights by the campfire. Since two of the couples (us being one) had young children, we came up with the grand idea of leaving at midnight, arriving at the campground late the next morning with the kids having slept most of the way. We wouldn't hear the plaintive query "Are we almost there yet?", or the desperate "I have to go to the bathroom", or the annoyed "he's touching me!!" coming from the nether regions of the mini-van. HOWEVER, before we even left our street my friend with the Suburban had a minor electrical issue, which took about 15 minutes to solve. We departed around 12:15am. Before we even hit the 40 mile mark my friend with the Suburban called out over the CB channel...."I have a flat"....we pulled over and quickly changed the flat....another 30 minutes lost. Before we hit the 90 mile mark the CB crackled again...."I have another flat" said my Suburban friend.....the tread on a second tire had now separated.....we were about 10 miles from Kramer Junction which basically consists of 4 gas stations and truck stop that were all open 24/7. Since the spare had just been used a 40 miles earlier my other friend (towing the Hobie Cat) offered to drive Suburban friend down to Kramer Junction to see if they could find a couple of tires at 2am in the morning.....we sat there for several hours watching the twinkling lights of Kramer Junction in the distance....I dozed off for what seemed to be a short time, awakening suddenly to the rising sun! We should have been near our breakfast stop, and here we were less than 90 miles into a 500 mile slog....uugghh! The tale of the tire acquisition is another story for another time....that is really quite hilarious, even 15 years after the fact. To make a very long story a little shorter my Suburban friend ended up replacing all 4 tires during the course of the entire trip, as well as both tires on the tent trailer, and as we approached his home in Fontana the spare tire on the trailer fell off! We arrived at the campround at 5pm.....an 11 hour trip turned into a 17 hour nightmare. Our first day on the beach was marred by a tremendous hail storm, the melting ice in my trailer ice box overflowed and got all of MY clothes wet, which were hanging out drying while we were at the beach in the hail storm, which meant all my clothes were still wet when we returned to camp. The wind died for 4 days, so almost NO sailing, and our firewood never quite dried out, so our campfires were very smokey. The memories of uneventful vacations eventually all blend together, while the memories of vacations where the "wheels" come off are still vivid years later.
Well, we will head into the still as yet uknown adventures that lie before us, whose stories are yet to be written, full of anticipation, excitement, and wonderment as to what twists and turns will come into view over each new horizon.
Posted by Whatsnewell at 8:39 AM