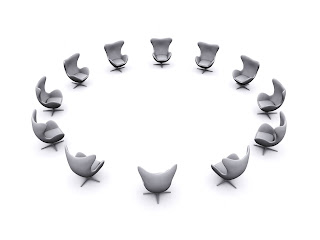 A number of years ago, the early 90's, the insurance brokerage I worked for purchased an "agency management system". We put computers on everyone's desk and networked them together forming a LAN (local area network). Well, "we" didn't network them, we hired a guy who "knew" about this stuff, and he did the work, and we paid him, and paid him, and paid him....for several years. A by product of this new software was that we were invited to join a users group. The user group was made up of other insurance agents who were trying their best to figure out how to use this expensive software for more than advance word processing. I was volunteered to be our agency's representative, and to be the system manager for our office. My qualification, you ask? I had actually seen a computer before....LOL! I attended the first user group meeting reluctantly thinking it would be a waste of time. To my surprise I met a lot of interesting people, some of whom became friends. We learned a lot from each other about our system. We met quarterly down near the Long Beach Airport. Each member was assigned a topic to make a presentation out of for the next get together. In hind sight it is obvious that this user group created a sort of accountability for each of us to learn to use the software to its maximum capacity.
Fast forward to 2008........when I purchased my 1982 Newell I decided to join another users group called Newellclassic.com. By becoming involved on the website, and taking time to meet members when possible my learning curve has been shortened considerably. I still learn new things about about my Newell and its many systems almost daily through this amazing users group. In addition to the knowledge gained, Elaine and I have made some really good friends thorugh this users group....people we would like regardless of the common bond of Newell ownership.
Users groups aren't for everyone.......well, let me restate that....user groups are for everyone, but not everyone wants to be bothered with joining, or participating in a users group. Frankly, I like the people who do take the time to join. After all, it is the people that make the RV lifestyle so rewarding, and enjoyable.
So, here is my unsolicited advice......regardless of what kind of RV you own, find a users group that meets your needs. It may be a large umbrella group such as Good Sam, or Family Motor Coach Association, or a regional group, or a specific group dedicated to the particular manufacturer of your RV. The thing is, JOIN....you will make friends who will add to the texture, and richness of the new lifestyle you are pursuing!
Posted by Whatsnewell at 4:52 PM