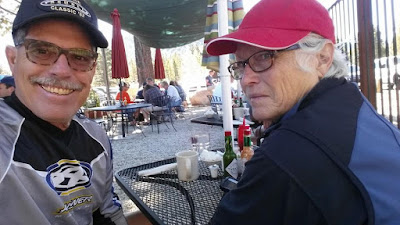 As you may recall I ran out of deck stain on Friday, so on Saturday Bob visited Home Depot in Oak Harbor and bought a 5 gallon can of the same stain so I could continue staining both decks on Sunday, and that is what I did.  I managed to get a second coat on the fireplace deck, and a first coat on the front porch deck........ 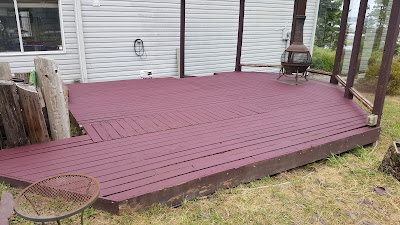 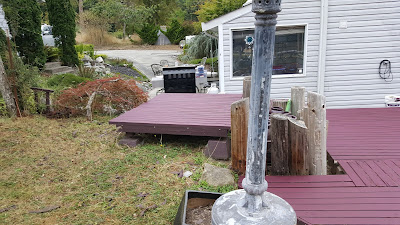 .....the front porch deck had very little stain remaining after years of wear, so after one coat it looks great once again........ 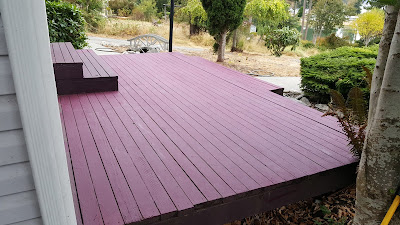 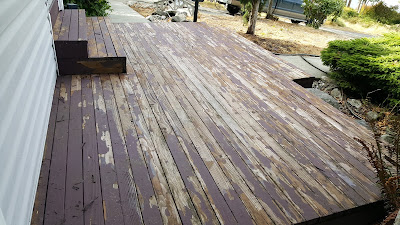 ....by the time I finished cleaning my painting equipment is was time to watch the final 9 holes of the BMW Championship PGA tournament.  The lead changed several times over those last 9 holes, and it came down to John Rahm finishing at 4 under par with only Dustin Johnson having a chance to overhaul him.  On the 18th hole Dustin had a 44' putt for birdie to tie John Rahm.  It was a double break, downhill putt, and he drained it dead center to pull even with Rahm after 72 holes.  They went to a sudden death playoff beginning with the 18th hole.  In spite of errant tee shots both men managed to reach the green in two shots, but John Rahm was 66+ feet away from the hole, with Dustin Johnson about 20 some feet away.  Rahm putted first, and once again he drained the double break, downhill putt to win the playoff.....a very exciting end to the tournament!

Sunday was also the 2nd day of Le Tour de France, so I finished Sunday watching the entire recorded 2nd leg of the race....only 19 legs to go!  We walked down to the main house around 5:30 pm to have dinner with Bob and Karen once again.  Bob grilled Korean short ribs for dinner......... 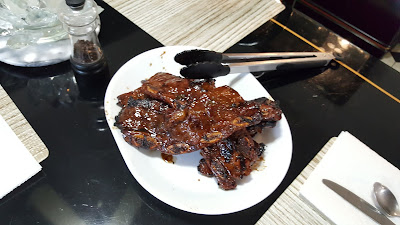 Short ribs for dinner....thank you Bob and Karen!

.....and were they ever delicious!  We ate and  talked until after 7 pm, and then retired once again to the living room to watch the final two episodes of Season 1 of 'Travelers'.....we are really hooked on this series!

When you shop Amazon, please use our link (below) to access their website.......we will appreciate every purchase you make using our Amazon Affiliate link, and  remember, using our link will not add one penny to your purchase, plus we will receive a small commission which over the course of a year adds up to enough to by a tank of diesel for which we thank you very much!
Posted by Whatsnewell at 8:45 AM