'To Kill a Mockingjay'

Tuesday was destined to be a short project day as we had agreed to meet Meredith, Sharon and Rod at the AMC theaters in Victoria Gardens (a large outdoor mall in Rancho Cucamonga built to resemble an 'old town' type setting'), so I focused on one of the smaller projects on my list that involved the delamination of the stainless steel liner on our hinged stove top cover. 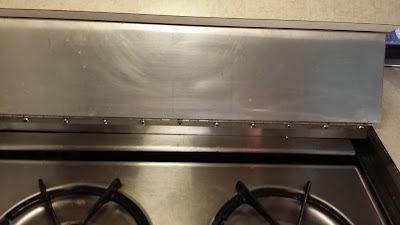 The picture above is the finished product.....essentially what was happening is the stainless steel liner was separating from the wood base down along the piano hinge.  I removed the entire hinged stove top cover, degreased both hinges, as well as the liner as there was about 5 years of grease accumulation, and then applied a silicon caulk between the stainless steel and wood.  I pressed everything into place with the use of 5 'U' clamps  and then let it sit in the sun for about 8 hours curing.

We left for our matinee showing of Hunger Games: Mockingjay Part 2 around 1045 arriving at the AMC theaters about 1120 for the 1145 showing.....I always forget how much cheaper matinees tend to be......we paid $6.49 each.  I'm not sure how everyone else's experience has been at the end of this four part odyssey, but the folks in our theater, which was quite full, were clapping.  I think that means folks liked how it ended, and I would have to agree.  IMDB reviewers give the movie a combined 7.2 out of 10 star rating.....we would be at 8 stars.

We were out of the movie by 1420, said our until next times to Sharon and Rod, and then headed to 'The Hat'  with our daughter Meredith for one of their 'world famous' Pastrami Dip sandwiches.  It's been too long since I have had one of those amazing sandwiches! 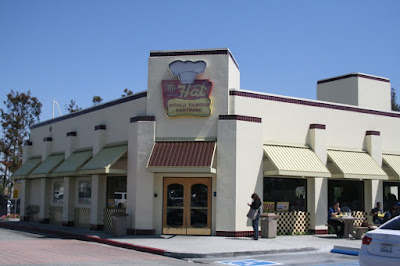 After picking up our grand daughter, Charlise, at Chuck E Cheese we stopped by my son's office to drop off our fire extinguishers which he will have serviced when he has his office ones done in a few weeks, then a stop at Lowe's to buy some longer  #4 stainless steel screws to replace some of the shorter ones on the piano hinge that were no longer 'biting' into the wood, then home.

We were home by 1600 hours at which time I reinstalled the stove top cover with the new stainless steel screws acquired at Lowe's.  This the second time I have dealt with the stainless steel liner delaminating, and I hope it will last more than 5 years this time.

Thanks for stopping by!
Posted by Whatsnewell at 8:43 AM