Tuesday we spent time watching two Rio Olympics women's semi-final soccer matches, the first between Sweden and Brazil (Sweden was the team which beat the USA women), which once again went to overtime and then 'kicks from the mark'.  Sweden once again won and now will play in the final.  The second match was between Canada and Germany, and Germany won easily in regulation 2-0.  The second match ended just after 2 pm at which time we decided to take a bike ride over to El Dorado Beach and spend the afternoon sitting in our beach chairs on the grass enjoying the view, the breeze and just generally being lazy..... 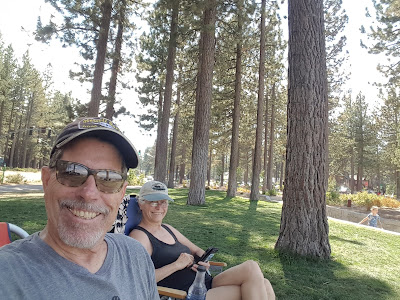 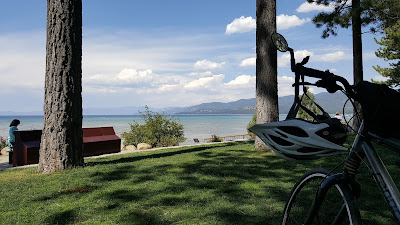 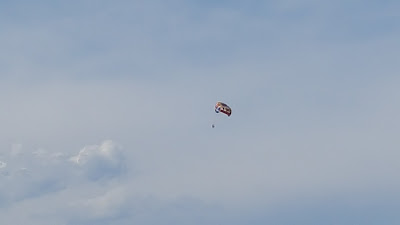 Para sailors (not us) 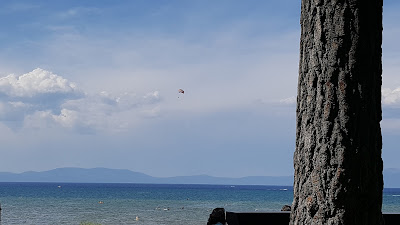 .....it's just over 4.5 miles to El Dorado Beach, and it is one of our favorite beaches here in SLT.  Obviously, you can go down to the beach and sit in the sand, or you can sit up near street level in a nice grass covered area under the shade of large ponderosa pine trees.  As I have written previously, there is something about gazing north from El Dorado Beach.....the view is just enormous and serene.  It is a great place to clear one's head and gain perspective.....I never tire of the view.

A little after 5 we rode two more blocks over to one of our favorite local micro breweries.....Sidellis Lake Tahoe Brewing.....to have a couple of brews, an appetizer and then split a French Dip sandwich.  We love their beer garden......... 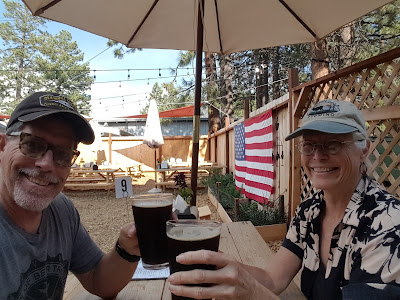 TLE read whilst I watched some more Olympic coverage finally heading for bed around 11:30 pm.

Thanks for stopping by!
Posted by Whatsnewell at 10:01 AM