Our host, John, had e-mailed us several days ago about where he was going to take us site seeing, so I was excited as Thursday dawned a little rainy again.  We would start the day with breakfast tacos, and then head into Bentonville to tour Crystal Bridges Museum of American Art.  The museum was founded by Alice Walton, of Walmart Fame.  Of course, Bentonville is the home of Walmart, and where Sam Walton opened the first Walton 5 &10 cent store back in 1950.  The Walton Family Foundation provides significant funding to the museum.  Admission is free, and you are treated to art created by over 400 American artists. 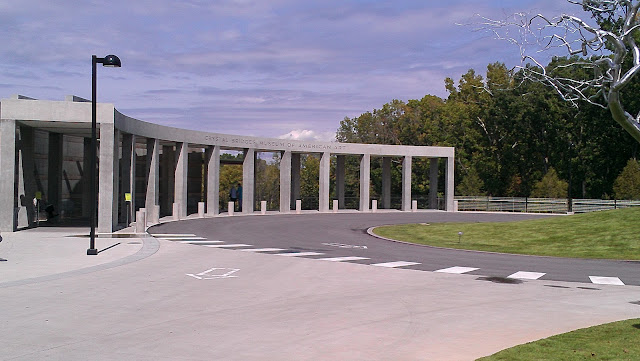 I was most impressed with the 18th and 19th century art, which consisted mostly of paintings, including two well known paintings of George Washington.....the one below was done when he was younger. 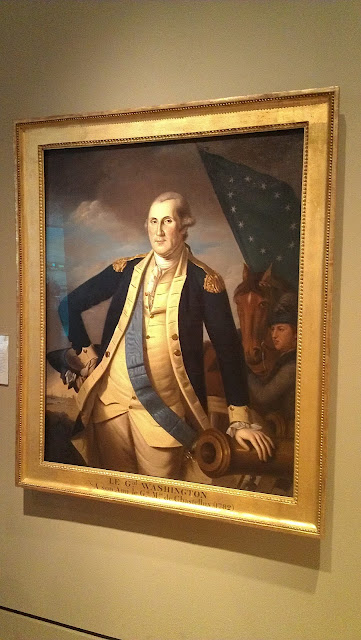 And the one below was done when he was older, and is perhaps the image of George Washington with which we are most familiar.  The artist was Gilbert Stuart. 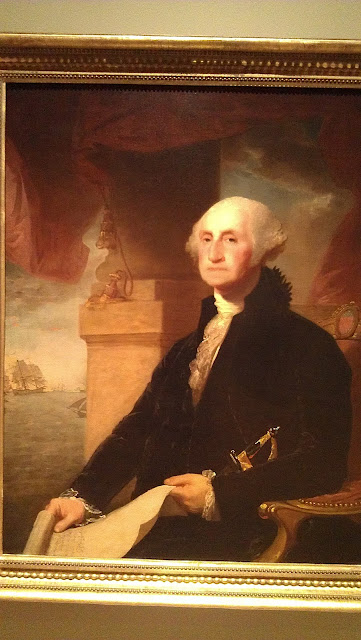 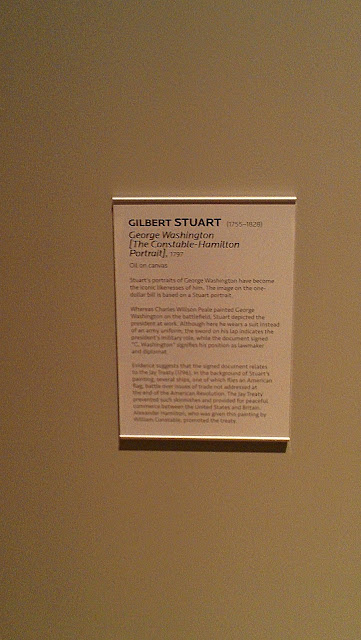 This just one of dozens of paintings that captivated me.  The amount of detail in these paintings is just amazing! 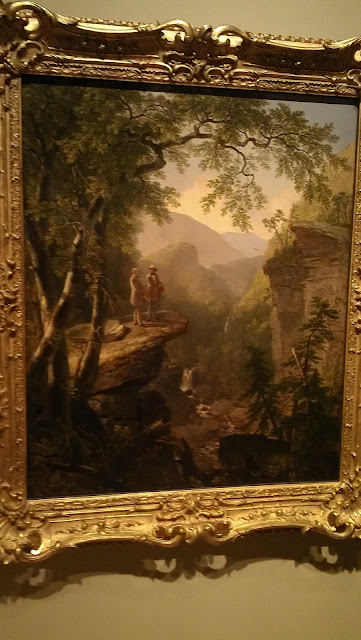 Below is the iconic painting by Norman Rockwell of "Rosie the Riveter" which has an amazing amount of symbolism.....painted during WWII. 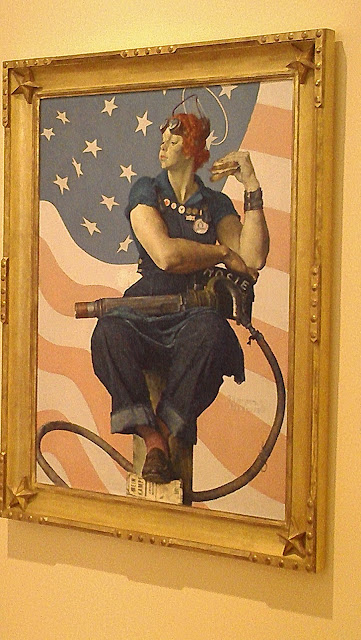 John took our picture at the end of our 1.5 hour tour, which, frankly, could have taken all day.  You need to visit this museum more than once to take it all in. 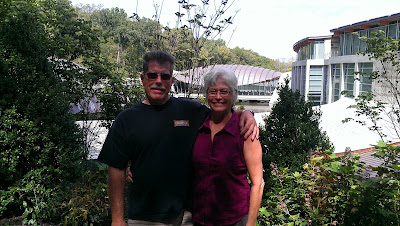 After the museum we were off to downtown Bentonville, and the home of Walmart. 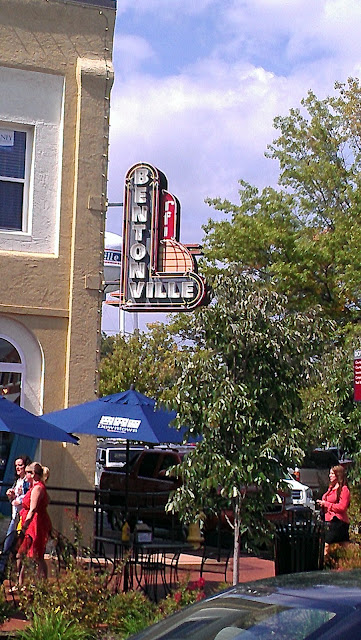 Here is the iconic storefront that began the legend of Sam Walton.  From 1950 when this store was opened through the end of 2010 the store went from zero to $405,000,000 in annual earnings.  Whether, or not you like, or hate Walmart, the story is amazing. 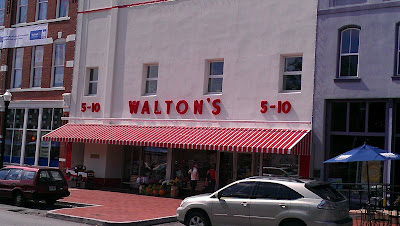 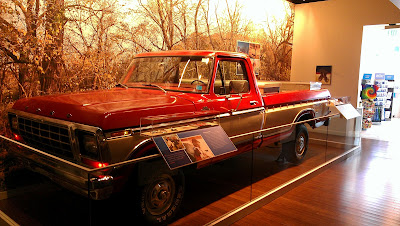 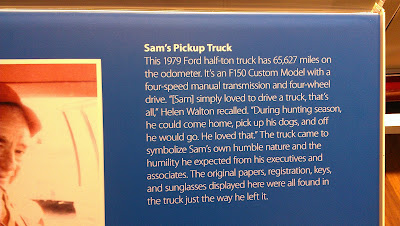 After touring the Walton 5 & 10 store we went next door for lunch at The Station Cafe where we had what is reputed to be the best steak burger in Northwest Arkansas for lunch. 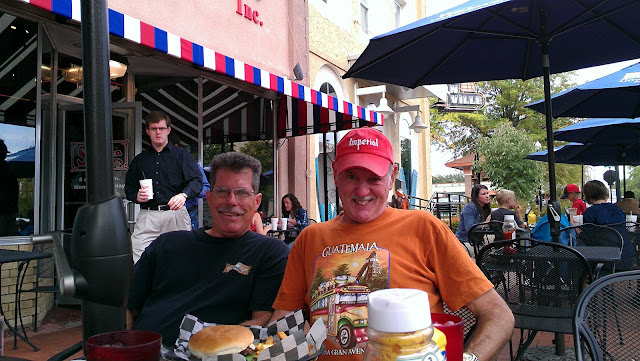 After lunch went a few blocks over to the Museum of Native American History which we thoroughly enjoyed, and, in fact, so much I forgot to take any pictures.  After spending an hour there we meandered back to Fayettville to stop for happy hour at West Mountain Brewing Company where we tried a few pints of their Mexican Mole Stout, which was great.  They have happy hour every day from 4-6pm when draft beer is $2/pint! 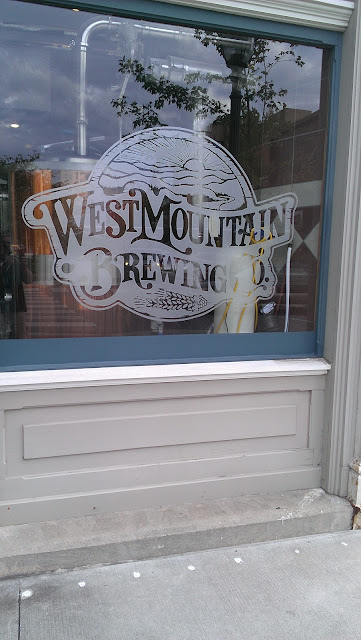 It was a very full day of site seeing, and, frankly, I loved every part of it, including the great vegetable quiche prepared by Cathy for dinner.

Thanks for stopping by!
Posted by Whatsnewell at 12:40 PM