We had a good start to our day with a 3.5 mile walk around Bear Creek Lake Park.  The temperature was in the low 50's as we started our walk, and ended with sprinkles just as we entered the coach.

After talking with our friends who had just returned from Europe yesterday, we decided we would drive into Denver and visit the Federal Mint, as well as Molly Brown's home that is now a museum.  I am sure many of you have heard of the Unsinkable Molly Brown.  She survived the sinking of the Titanic, and was a well known Denver socialite, and activist.  Before we headed for both of these attractions we headed for Three Lions Pub on Colfax.  This pub had amazing food...we had their Fish 'N Chips special for $7.50, and a pint of Fuller Porter.  Both were amazing, and the portions for the Fish 'N Chips were more than either of us could eat in one sitting.   While we were eating a match from the British Premier Soccer League was playing on the TV's.

After a thoroughly enjoyable lunch we headed directly for the Denver Federal Mint, but found out we needed reservations, so then we walked over to the Molly Brown Mansion only to find it was not open on Monday's. 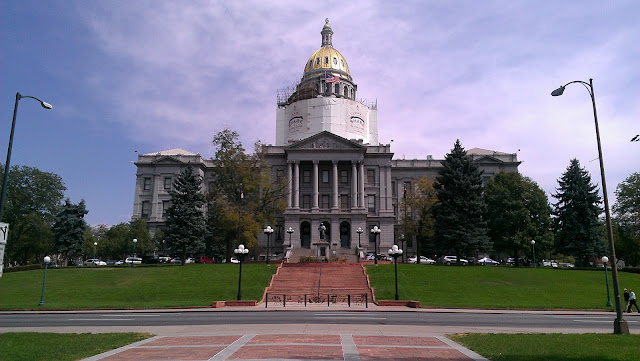 Wow, we never strike out like this....well, you know..."the best laid plans" and all that.  We decided to fuel up the T'Bird, and then head home.  As we were exiting SR470 I saw a sign indicating Red Rocks Amphitheater was not far away, so on the spur of the moment we headed to check it out.  We had heard from our friends that this famous venue has seen virtually every famous Rock Band in the last 50 years.  In the hallway of the museum they show every performance going back to 1908, and the number of famous acts that performed here is too big to recite.  Of course, probably the biggest was the Beatles who performed here on September 26, 1964.....many other notables were Allman Brothers, Santana, Beach Boys, Buddy Guy, Springsteen, Peter, Paul and Mary, Joan Baez....and on, and on it goes. 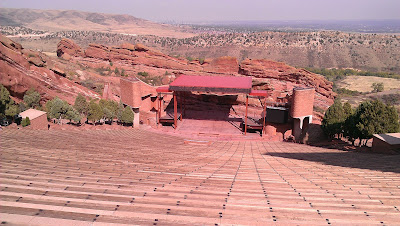 View from top row of stage 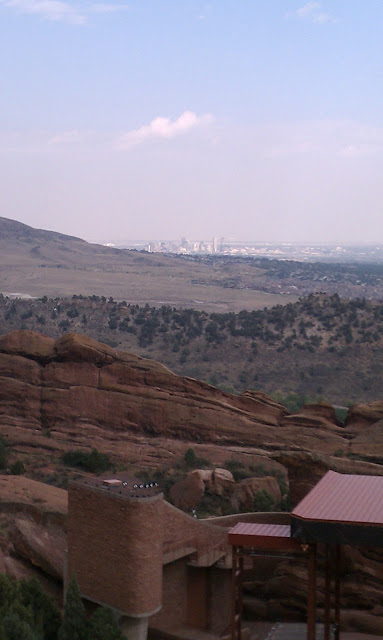 View from top row of Red Rocks Ampitheater....Denver in the background 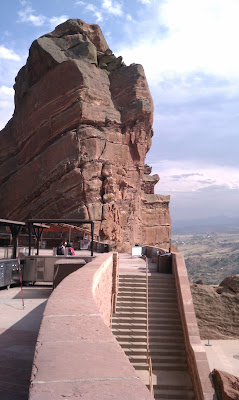 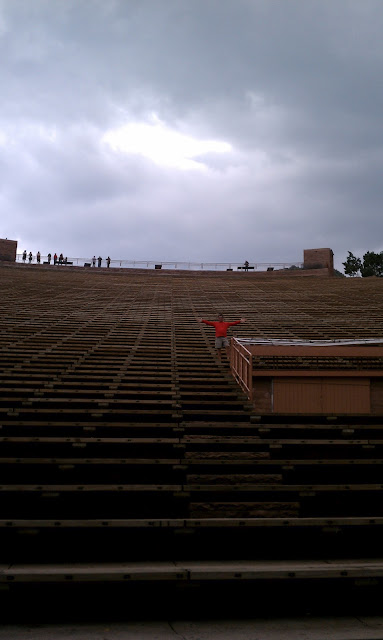 Me half way up from stage 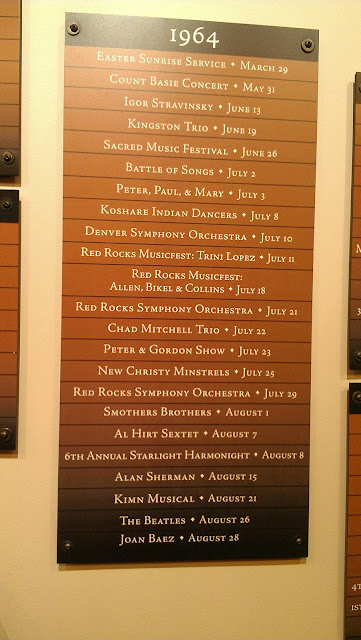 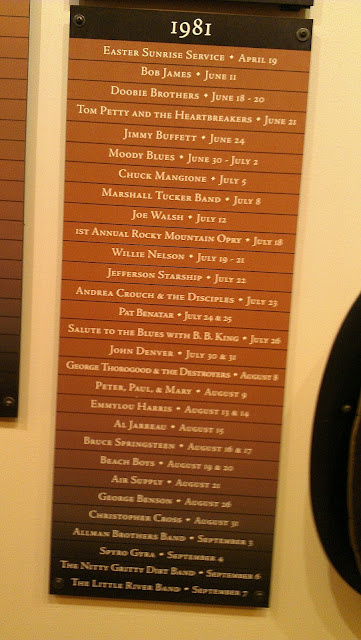 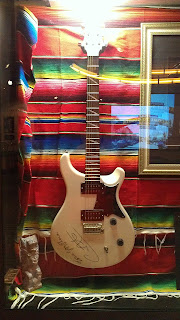 We were totally blown away by this entertainment venue.  We both were amazed we had never heard of Red Rocks, but so glad we decided to check it out......after our failed site seeing plans in Denver this cool bit of serendipity put the smile back on our collective faces.  Now we want to come back some day to actually see a concert in this amazing place.  To get to Red Rocks you must drive through the small funky town of Morrison, which we plan to revisit tomorrow afternoon.

After getting back to the coach we went on line to get reservations for the Denver Mint, but they are all booked up tomorrow, too.  Well, at least we will get to see the Molly Brown Mansion.  I spent the rest of the afternoon doing some insurance work and then took a nap.  I'm now sipping a couple of fingers of Scotch, and working on the blog with Monday Night Football in the background.....doesn't get much better, huh?

Thanks for stopping by!
Posted by Whatsnewell at 7:02 PM