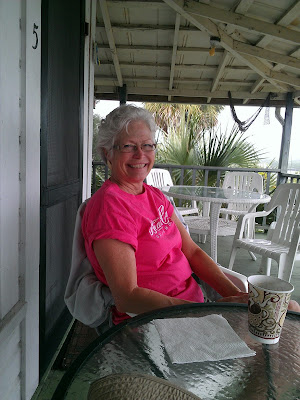 .....sadly Kona Joe's did not survive two hurricanes, and an economic downturn.....RIP Kona Joe's!  The best Kona Coffee in the world.

If I told you this New Years Day was a big disappointment to me I am sure you would not be too surprised in light of all of the totalitarian restrictions imposed by a government, which is no longer for the people, by the people, and of the people.  How is that so, one might ask?  Let me count just a few of the ways......1) For the first time in my life time there was NO Rose Parade, and 2) the Grand Daddy of all bowl games, the Rose Bowl, was not actually played in the Rose Bowl in Pasadena, but it was played. Where, one might ask?  Well, of course, it was played in the Cotton Bowl in Dallas.  That's obvious, isn't it?  3) Of all the New Years day college football games played Friday there was just one that was competitive.....all the others were boring, lopsided affairs.  4) There were no midnight fireworks New Years Eve, but I really cannot blame that on the Wuhan Flu, or a dictatorial government.....pretty hard to set off fireworks when it is raining cats and dogs 24/7.  In short, nothing about New Years Day, 2021 was memorable, or inspiring.

My first memories of New Year's Day go back to the early 50's when I remember watching my first Rose Parade on our Silvertone black and white TV.  Later, in the early 60's we moved from Pico Rivera, CA north to Pasadena, CA where I remember walking the parade route with friends on New Years Eve, or even spending the night on Orange Grove Blvd. to save seats for family and friends.  Over the years I lived in Pasadena (1962 to 1985) I watched the parade in person each year......we never lived more than a mile, or two from the parade route.  Even after we moved to Ontario from Pasadena I was still up early enough each New Years Day to watch the Rose Parade pre-show on KTLA, Channel 5 every single year.  There is something about continuity in life that breeds optimism, and hope, and when that continuity is disrupted day after day, week after week, month after month it begins to crush the soul.  Am I the only one who feels this way?  We are no longer the home of the free, and the land of the brave.  We are slowly trading liberty for safety.....hour by hour, day by day.  When will people rise up in mass to say enough is enough?  When?

Neither of us left the coach for most of the day, until I ventured out during a lull in the rain and wind to take a bag of trash out to the trailer around 4 pm.  I had to live stream each football game during the day as the cloud cover was so heavy I could not get a satellite signal.  Thank goodness we have such good WiFi here at SRRVC!

In spite of all that TLE and I are cautiously optimistic about 2021.  After all the world has endured this past 9 months there is no where to go but up....at least I hope so.  At any rate, thank you for stopping by!

Posted by Whatsnewell at 9:37 AM