These past few days do seem to have a sense of sameness about them......a pleasing sameness to be sure........I get up, drink some coffee, write the blog, help Tom pull wire, take a nap, watch the NBA playoffs.......but then there is Wednesday where the afternoon brings along something different.

Tom and Darlene have been season ticket holders with the Arizona Diamondbacks since their first year in existence as a franchise.  In our past visits to Tom and Darlene's home we have not been in town during the regular baseball season, but this year is different.  The baseball season has been in progress for around 3 weeks now, and they had a couple of extra tickets to Wednesday's game verses the Texas Rangers. 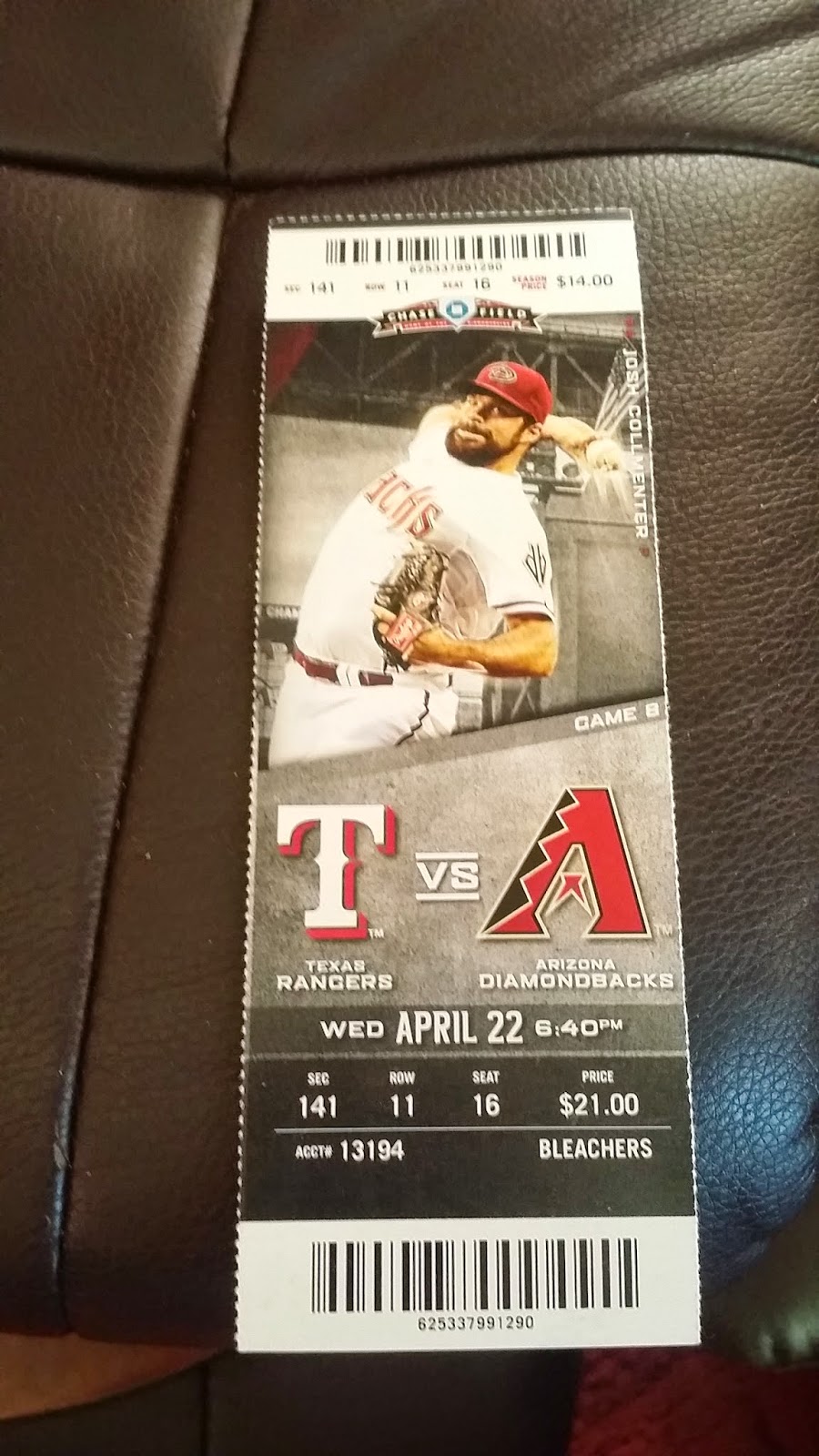 It's about 50 miles each way to Chase Field in Phoenix where the D'backs play their home games, and their weekday games generally start at 6:40 pm, so we departed Wittmann for the 100 mile round trip drive about 5 pm arriving at Chase Field just after 6 o'clock.  We decided to utilize an underground parking facility on 3rd and Jefferson ($10) and were at our left field bleacher seats by 6:20. 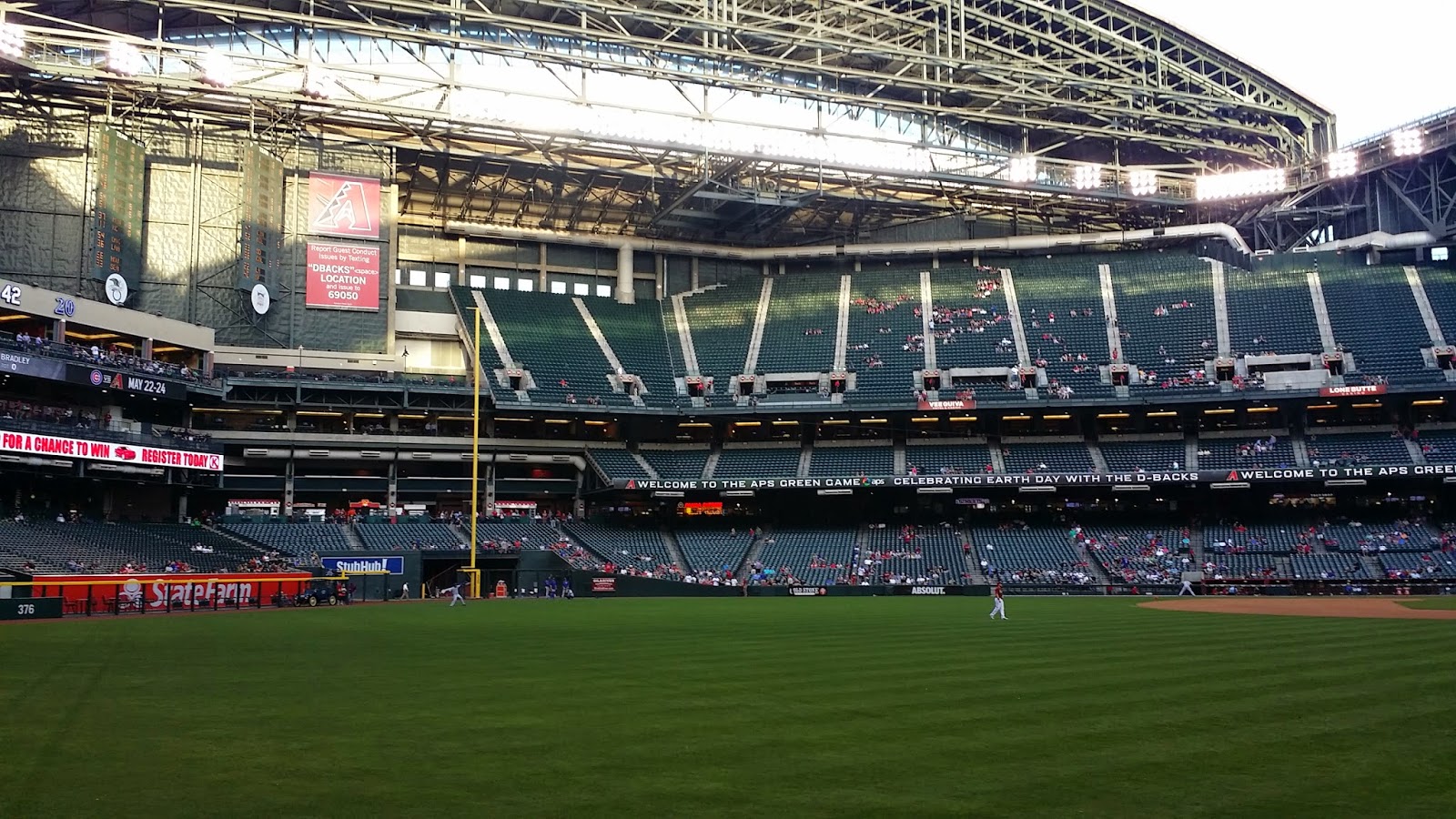 Settling in for the game...the roof is open tonight 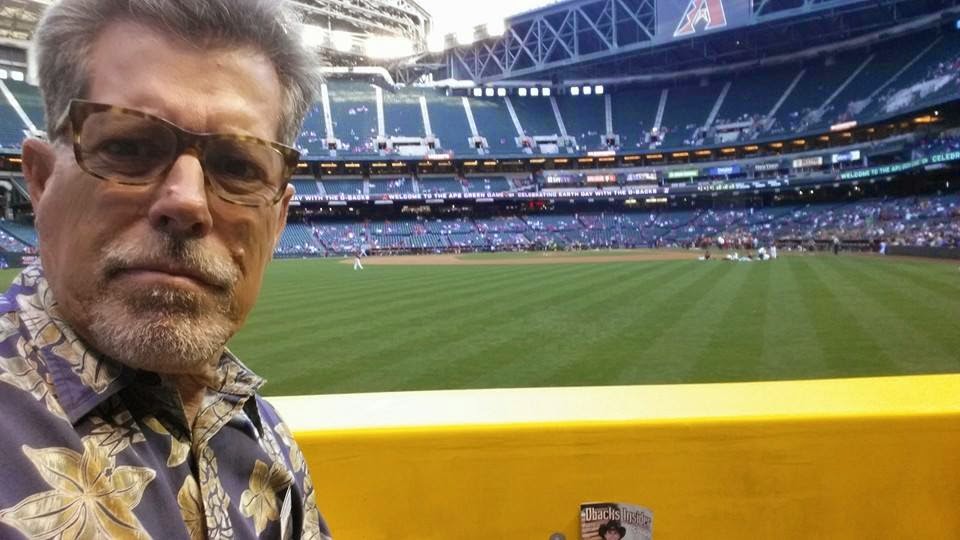 Tom and Darlene's tickets are in the very front row of the left field beachers, which makes for plenty of foot room...... 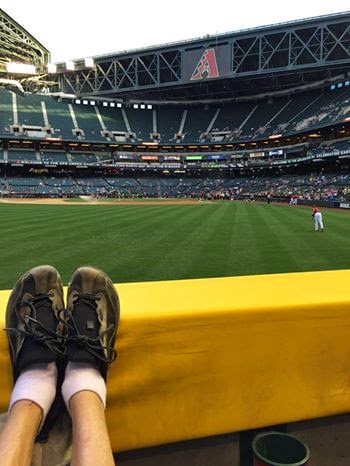 Just prior to game time we paid a visit to the nearby 'cold beer' station where we got a couple of brews and some roasted peanuts, and then it was game time!  The game started slowly with the first inning taking almost 40 minutes as each pitcher struggled a little.......the score at the end of 1 inning was 2-1 in favor of the home team.....but that was as close at it got.  The folks around us were all very friendly and well behaved, and there was a continuous chatter back and forth involving many of the regulars.  There was one homerun hit (D'backs), and it landed just one section to our left.  By the end of the 8th inning it was 8-1 in favor of the D'backs, so with the game well in hand and an hour's drive home facing us we left just before the beginning of the top of the 9th. 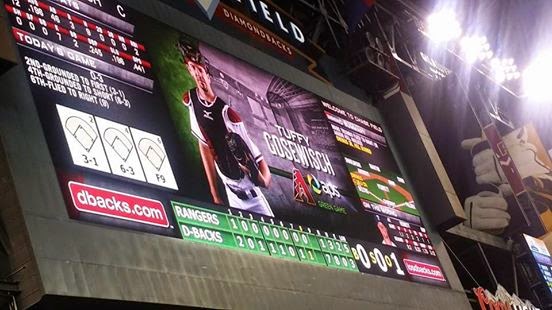 The drive home was quick and uneventful  with us arriving safely home about 10:15 pm.  This is the first regular season major league baseball game I have been to in a couple of decades, and we thoroughly enjoyed our experience.

We were both still wide awake and decided to watch two shows that recorded whist we were absent.....'Survivor' and 'Idol'....we were in bed by 1 am.....ouch!

Thanks for stopping by!
Posted by Whatsnewell at 9:25 AM