When you have spent the better part of the last 7 months in climes where the temperature has rarely gotten to 80 degrees and then overnight the temps are averaging mid 90's your aging body has a difficult time adapting to the change......at least mine does.  Third Wednesday saw the high for the day hit 95 degrees......we turned our A/C on by 9:30 am.  Rancho Jurupa Regional Park sits in what is essentially 'bottom land' next to the Santa Ana River, so along with the heat you get a small dose of humidity thrown in.......something we haven't seen since Cape Blanco.....humidity that is.  Heat combined with humidity makes it feel at least 10 degrees warmer than it is. 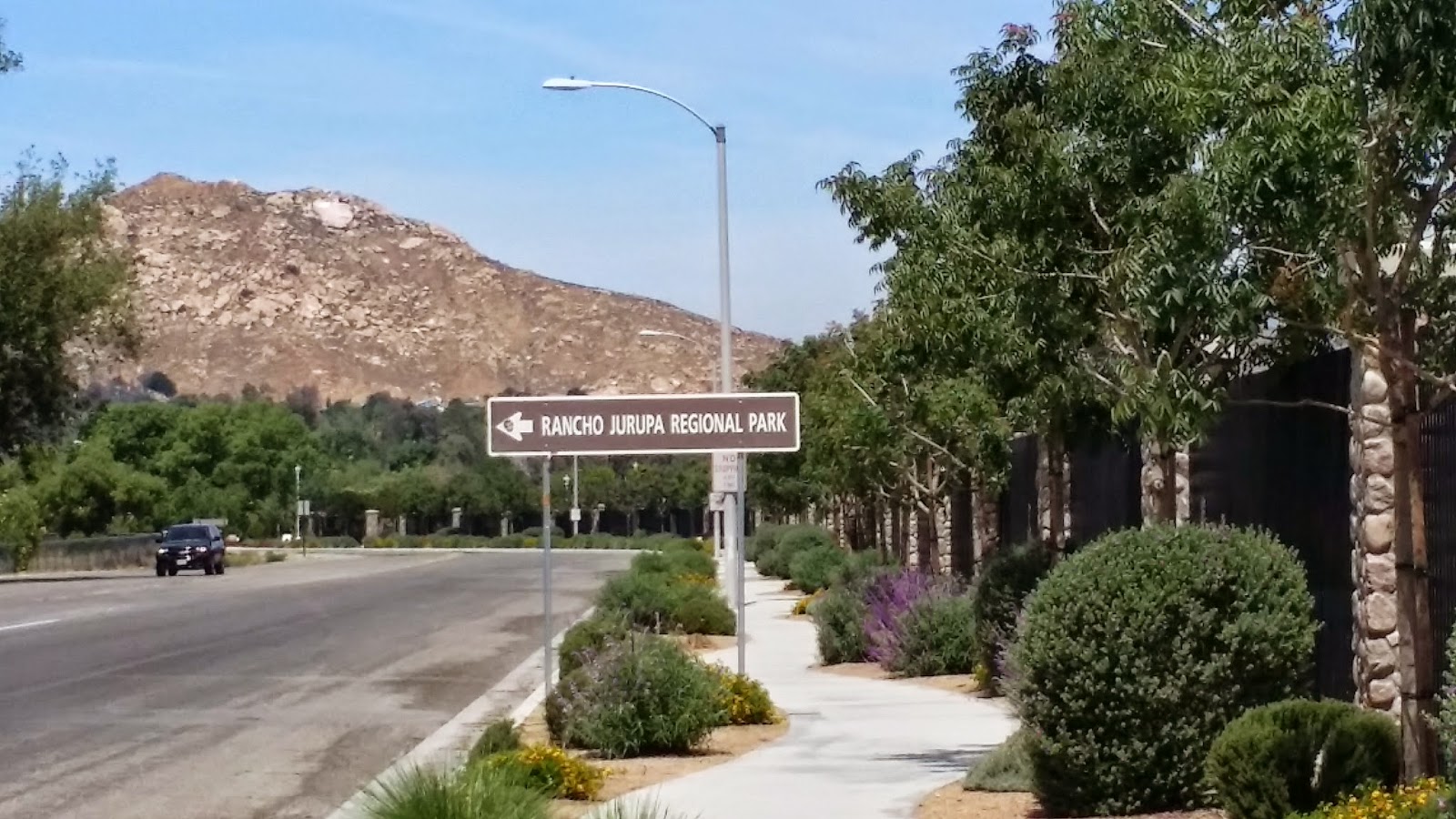 At any rate while my body was struggling to acclimate to the heat/humidity I was feeling a little subpar........of course, when I do feel subpar, which is not often, my solution is to get outside and 'move'......'move' on this day meant a 3 mile walk around the neighborhood with TLE to get the juices flowing again.  We left for our walk just before 10 am, and were back just after 11 am and I was feeling somewhat better.  We were so glad the A/C was already on as we stepped back inside the coach to cool down.

Now that I was feeling better I spent time vacuuming out the trailer again, wiping the dust and grime off the passenger side of the coach, and then attached the sewer hose to the dump valve in preparation for flushing out our tanks before we re-position the coach to my daughter's backyard for the next 8 days.

I spent the afternoon reading, and taking a nap (why do I get up sooo early?) then my son, Tim, and his girlfriend, Laila, came over for dinner and a fire.  As we talked about 'cabbages and kings' it became quite apparent that these two are well past the 'boyfriend'/'girlfriend' stage as they are talking about buying a house, getting married, etc........makes me happy to see my son has found a good woman, and Laila is a good woman.  How do I know you ask?  My definition of a 'good woman' is a woman who makes a man want to be a better man, and that is the effect she has on my son, and it is apparent. 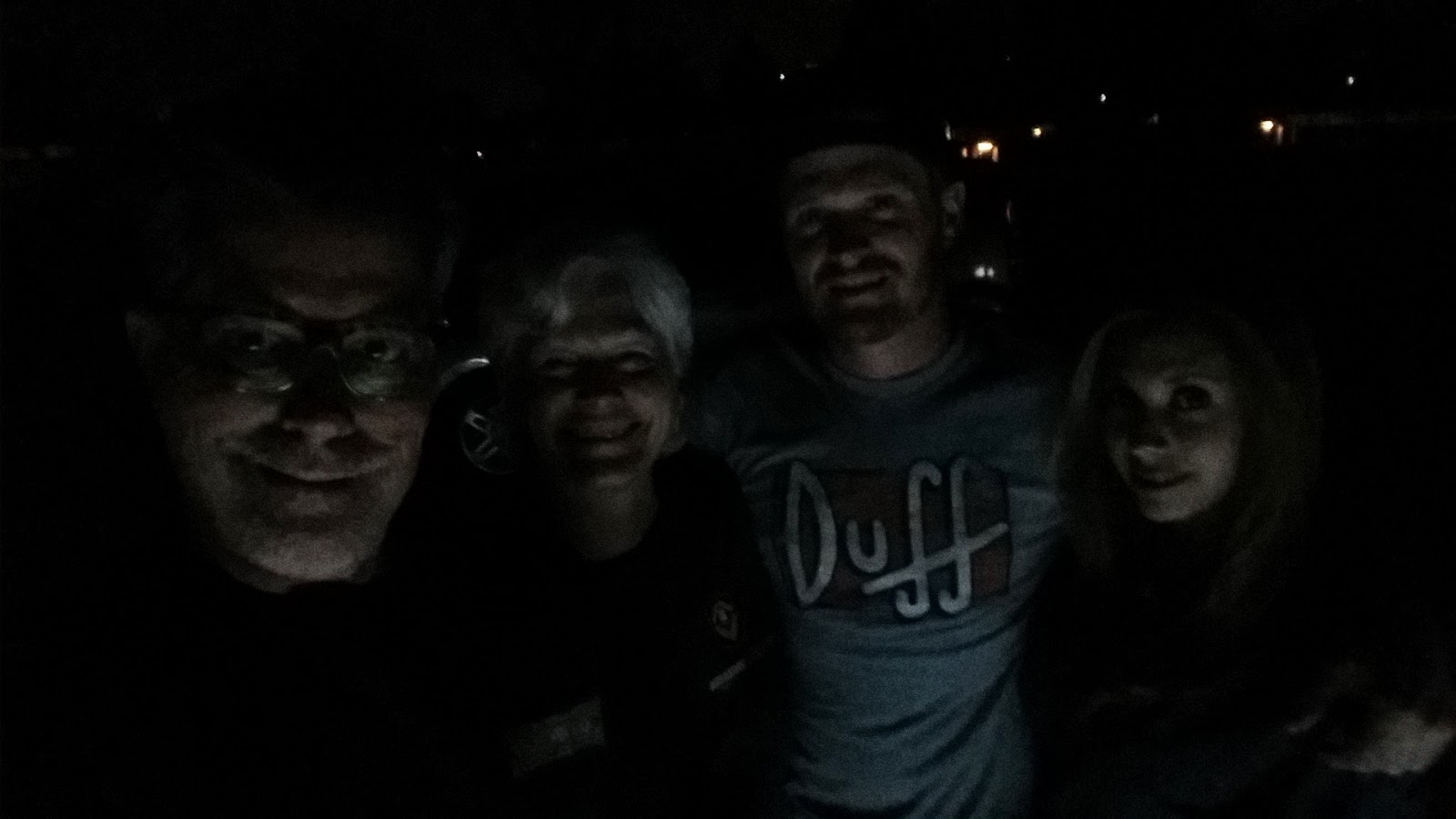 Tim and Laila did not join us at 'The Salted Pig' Tuesday night as he wasn't feeling well (allergies), so they decided to come over Wednesday night......it was great to spend 'one on one' time with them.

Tim gets up pretty early to go to work, so they left just before 9 pm, and TLE and I went inside to watch a recorded 'Survivor', 'Castle' and 'Hell's Kitchen' before heading off to dreamland a little after 11.

Thanks for stopping by!
Posted by Whatsnewell at 7:13 AM