The pattern here at Goosnecks State Park (GSP) seems to be calm mornings, and windy afternoons.....we have been doing our hiking and exploring in the mornings, and by 1 pm we are back inside the coach as the winds increase in ferocity.  We were getting sustained winds in the mid 20's, with gusts into the high 30's for a few hours.  The wind, however, did not discourage a dozen RVers from arriving and setting up camp.  We went from being completely by ourselves to, for us anyway, what seems like a crowd.  Most of these folks will only be here for 1-2 days, so it's a transitory thing.....no one has blocked our view, and no one has tried to crowd into our site, so it's all good.

Around 10 am we decided to take a hike on the other dirt road that forks to the left off the main road (the one that takes you out to the point that we hiked Sunday) and runs around the bluff directly behind our camp site.  While it was not a long hike we did have to do some modest rock climbing to the top of the bluff. 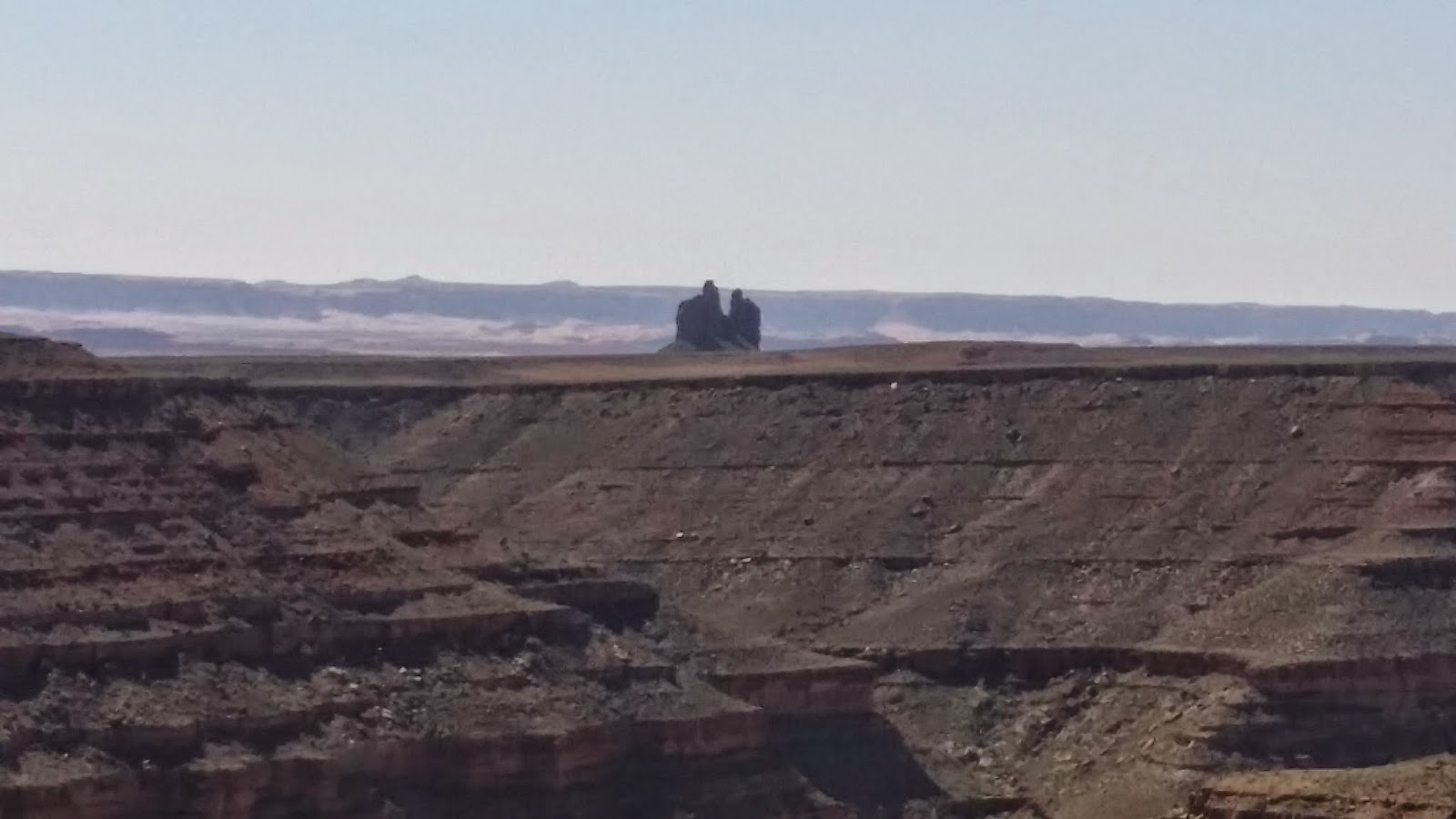 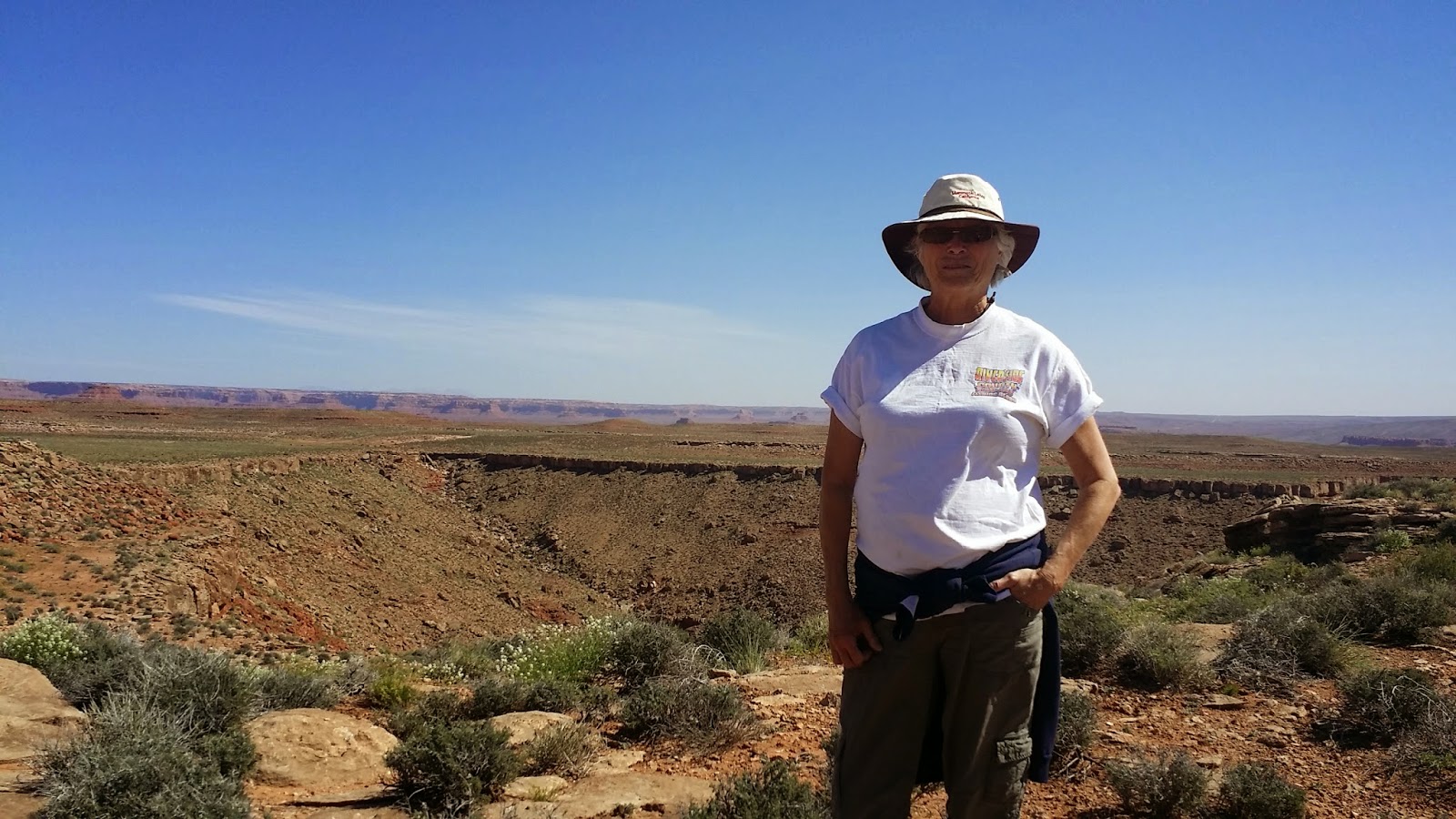 Looking north toward the 'Valley of the Gods'.....I know, she is a goddess, right? Found this single, solitary flower blooming.....anyone know what it is?

Panoramic view from the bluff behind our camp site....before the hoards arrived. 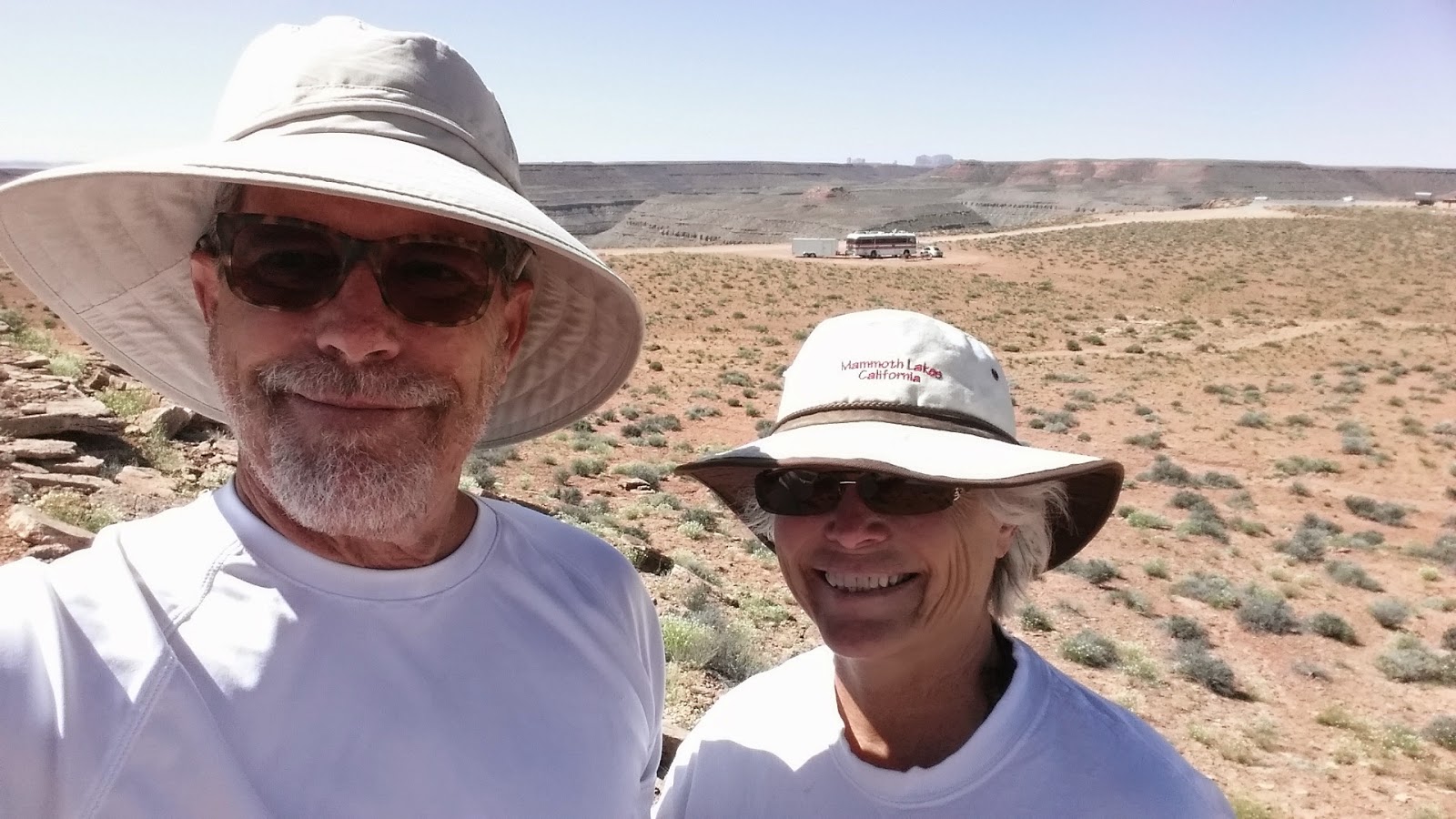 We were back from our hike by 11, and sat outside reading until the winds picked up enough to chase us inside for the rest of the day.

Of course, the final game of 'March Madness' between the Wisconsin Badgers and Duke Blue Devils was played Monday night, and it was a close game right up to less than one minute to play, but Duke prevailed 68-63 as time ran out on the Badgers.

Tuesday we'll be hiking down to the San Juan River via the Honaker Trail......stay tuned.

Thanks for stopping by!
Posted by Whatsnewell at 7:59 AM