When we were in Wittman back in late January/early February progress on Tom's garage was more, or less at a stand still.  I had anticipated being able to help him do some of the work he had reserved for himself, but there were a number of hurdles which had to be cleared before the work he was going to do could be started.  As a result I think I helped him with one thing......installing the trim around the attic access door.  Since we left everything accelerated dramatically and within a few weeks all the final inspections had been completed so Tom could begin to do install light fixtures, pull wire, etc.

By the time we arrived back in Wittmann a few days ago he was beginning to install outlet and switch boxes in the 'man cave' he is building within the large garage, so first thing Monday morning I joined him to drill some holes, and pull a couple hundred feet of wire of various gauges, and here are the results...... 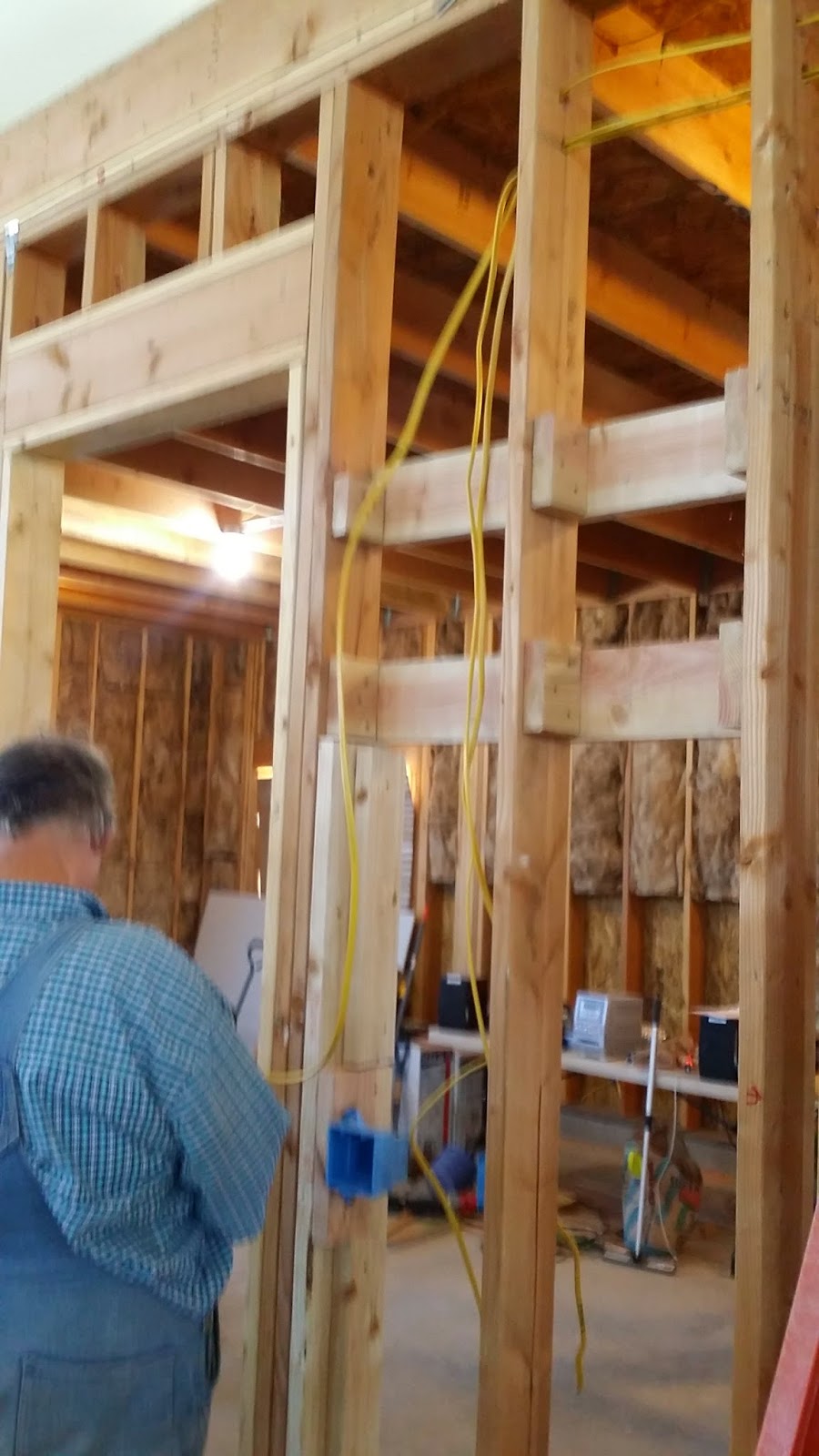 Tom contemplating the next 'pull. 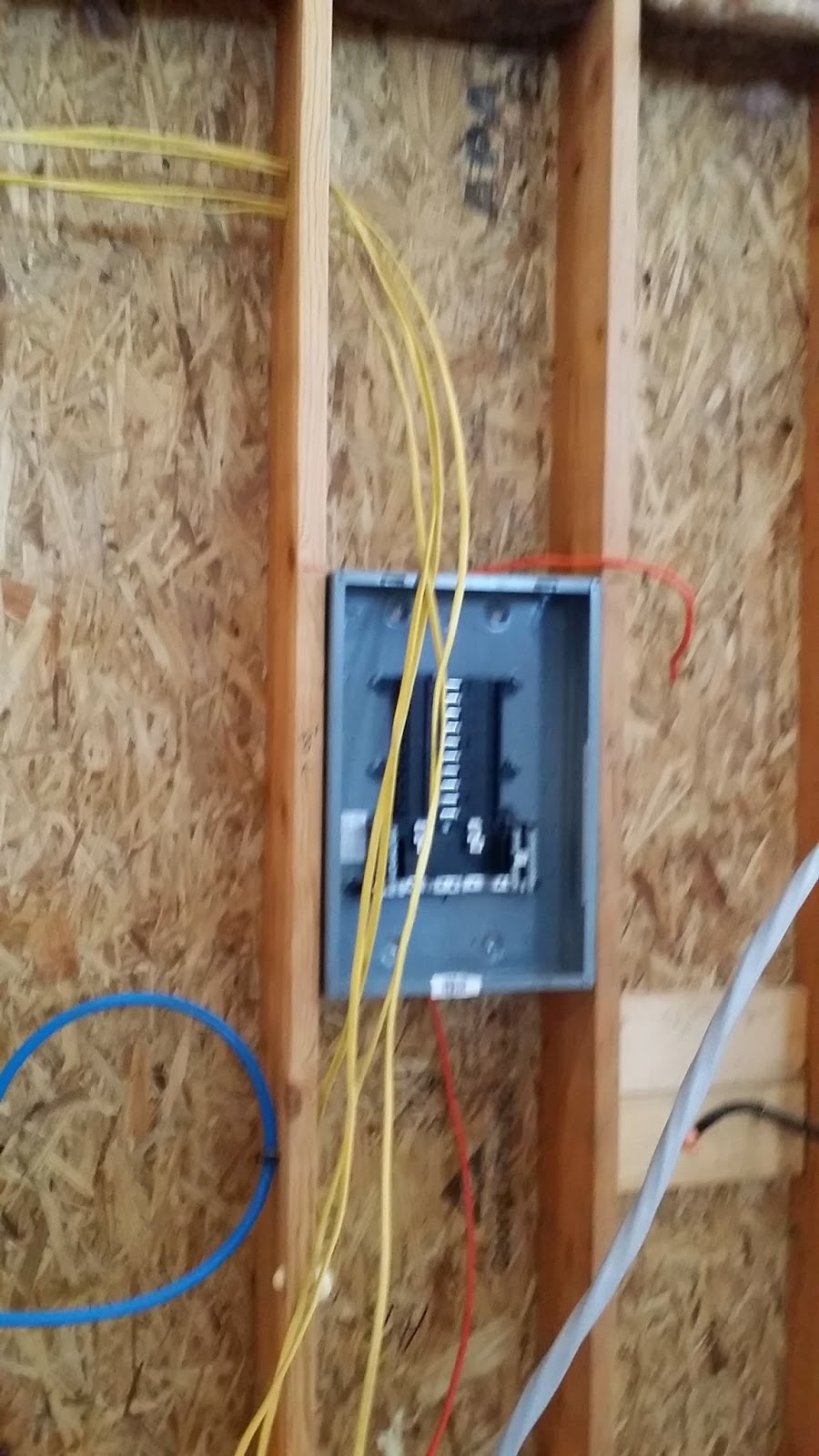 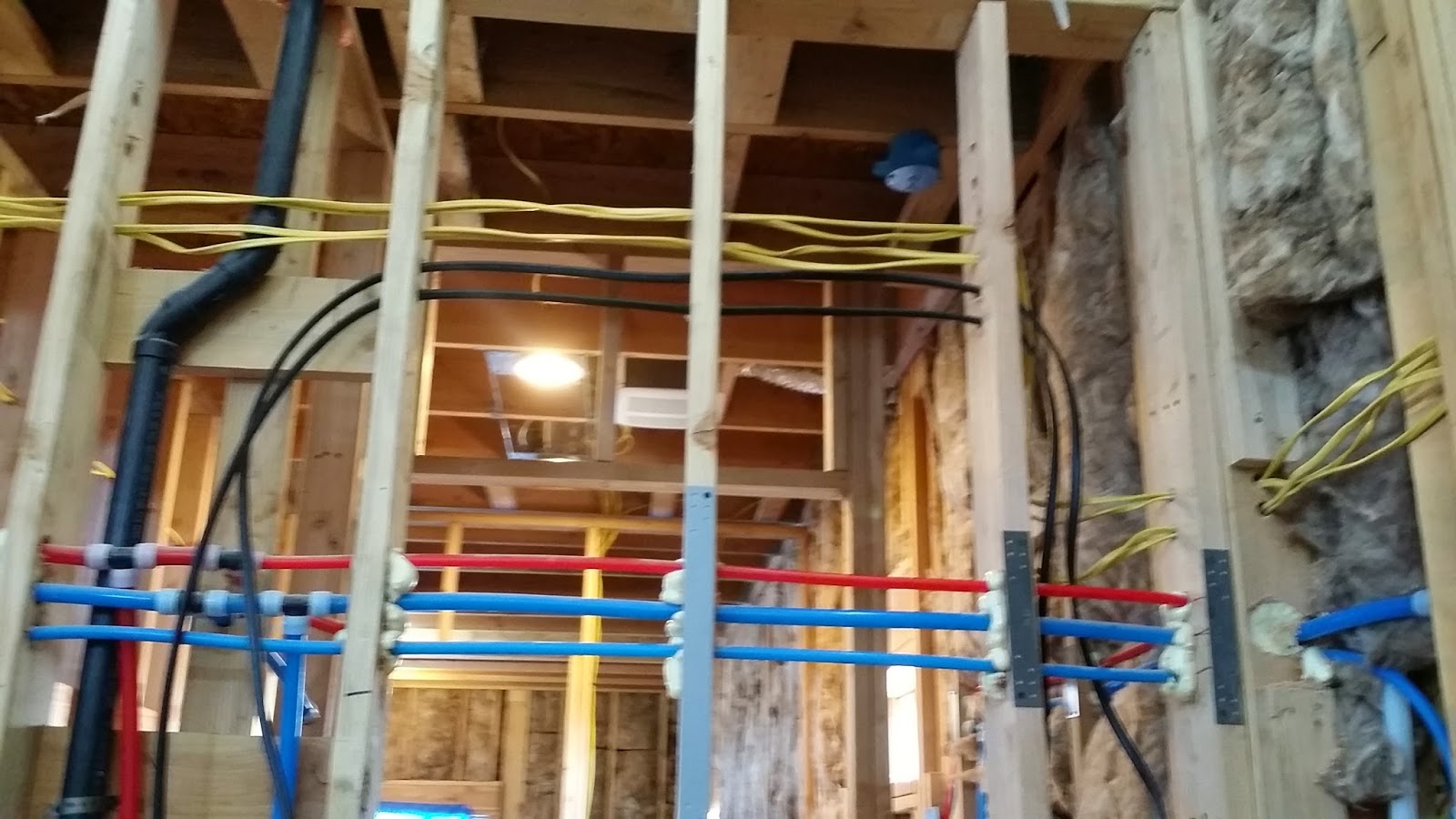 The fruits of our labor 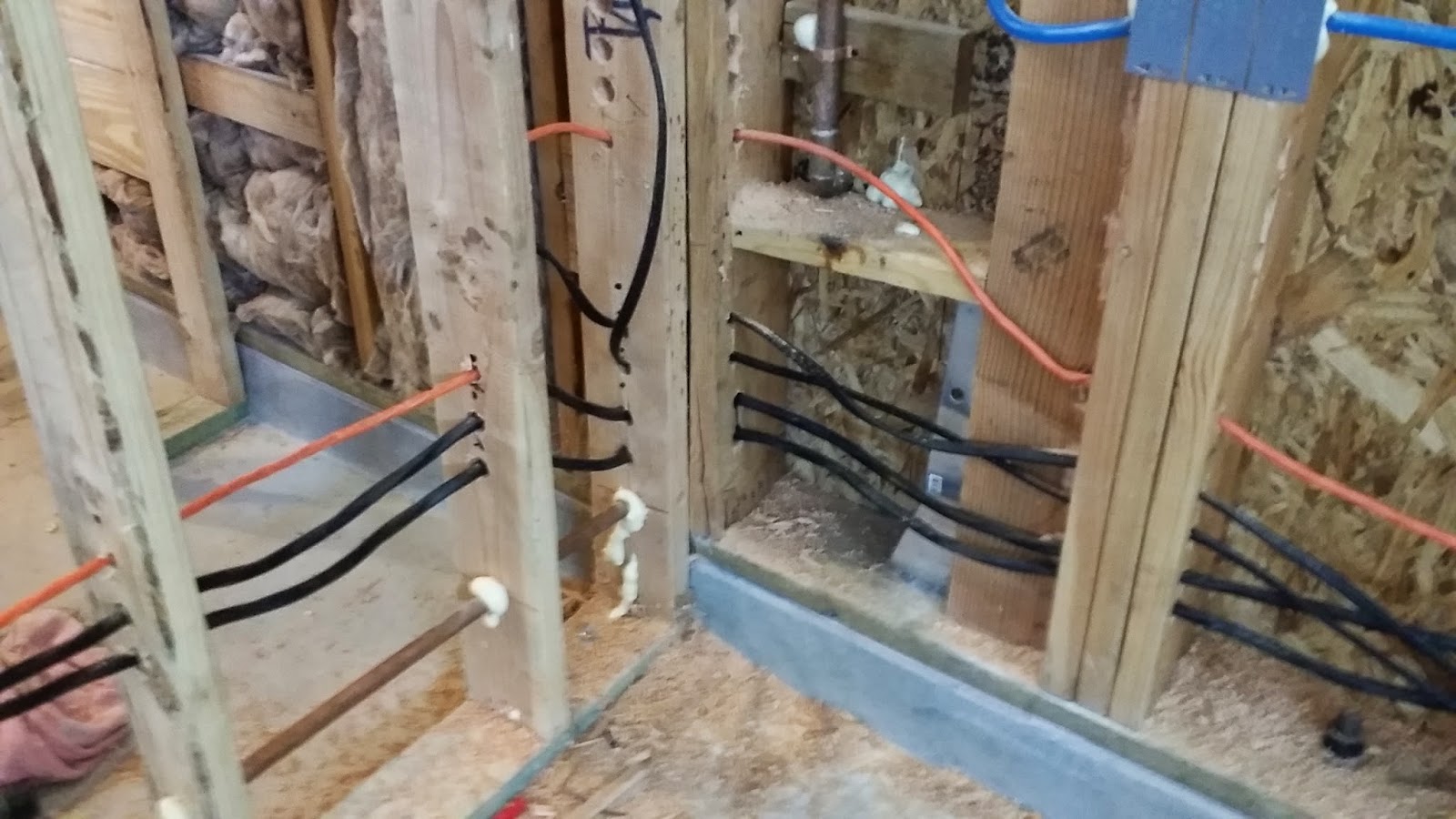 We pulled heavy duty wire for the two convection ovens being installed, wire for the clothes dryer, wire for the microwaves, and wire for various electrical outlets and switches.  In all I worked with Tom about 6 hours.......my hands are stiff along with my arms and legs, but I am looking forward to more of the same Tuesday, Wednesday and Thursday.

Around 2 I went back inside to wait for my Monday call from my sister Jill.......we spent too many years of our lives ignoring each other, angry at each other, so now we have resolved to talk at least once a week.  Being able to regain a relationship with Jill has been one of the blessings of the past 3 years that I cherish.  We talked for close to an hour as has often been the case since we reconciled.

Then I took a long, hot shower and took a nap........later I began to plan our 'mad dash' to South Lake Tahoe after TLE's dental appointment on the 27th.  We'll leave Wittmann this Sunday morning to make the drive over to Yuma, and  spend two nights in Winterhaven, CA (1 mile over the California border and about 5 miles north of Los Algodones,Mexico), followed by a night in Riverside, CA to see our kids, then the next day we'll overnight in Lone Pine, CA, finally arriving in Carson City, NV on the 30th to do some shopping at Costco and Trader Joe's before covering the final 30 miles into the Tahoe Basin for the summer on the 1st.

The daytime temperature once again got into the 90's Monday, but we're in for a slight cooling trend over the next few days with a possibility of rain on Thursday, or Friday (I hope not).

To cap off the day we had dinner over at Jon and Laura's home (Tom and Darlene's daughter and son-in-law), and then watched our regular Monday night TV programs before hitting the 'sack' at 11 pm.

Thanks for stopping by!
Posted by Whatsnewell at 8:13 AM