When last I left off we had gone to bed about 1 am Thursday morning.....I obviously knew the day just past was Wednesday, because we had gone to the baseball game on the correct day.....when we first arrived in Wittmann Tom had mentioned that the very next Thursday they were going to go into Mesa for dental appointments, and then over to their other house to bring 'home' their 2002 Newell.  Unfortunately, I didn't wake up until about 15 minutes before they had to leave for the dental appointments, and TLE was still asleep, so we begged off joining them and spent the day in Wittmann by ourselves......I just completely forgot about the planned trip into Mesa on Thursday...... 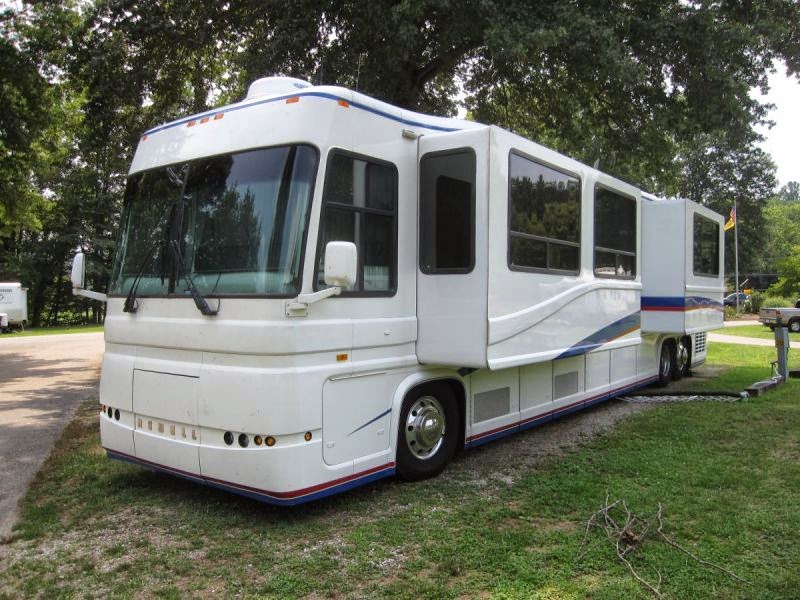 Their Newell has been sitting in Mesa since they returned from our joint summer trip to Alberta, Canada back in June and July of 2013.  In just a few weeks they will be joining us, and other Newell owners at South Lake Tahoe for our next Newell Mini Rally.  Newell Corporation organizes large factory sponsored rallies each year, but our Newel Gurus group organizes our own non-corporate 'mini rallies' for those who have 'pre-owned' Newells.  If you have any interest in Newells ranging from the 'Classics' like mine, to later model Newells you are welcome to join us in June (Newell Gurus Mini Rally).....you don't have to own a Newell to come to the rally!

While Tom and Darlene were in Mesa I took some time to try and fix my speedometer again......and 'again' is the operative word.  Last March (2014) when we were in Wittmann I replaced the drive 'tang' in my speedometer sending unit and it worked well for a few thousand miles until we left South Lake Tahoe last September when the drive 'tang' broke again.  Unfortunately, this time part of the 'tang' that broke off is stuck in the slot where the new one is to go, and I have not been able to dislodge it.  With the aid of a 15/16th's socket borrowed from Tom (I don't have this one, but I will soon) I was able to remove the gear drive from the transmission and am hoping now that I can see what I am trying to remove I will be more successful. 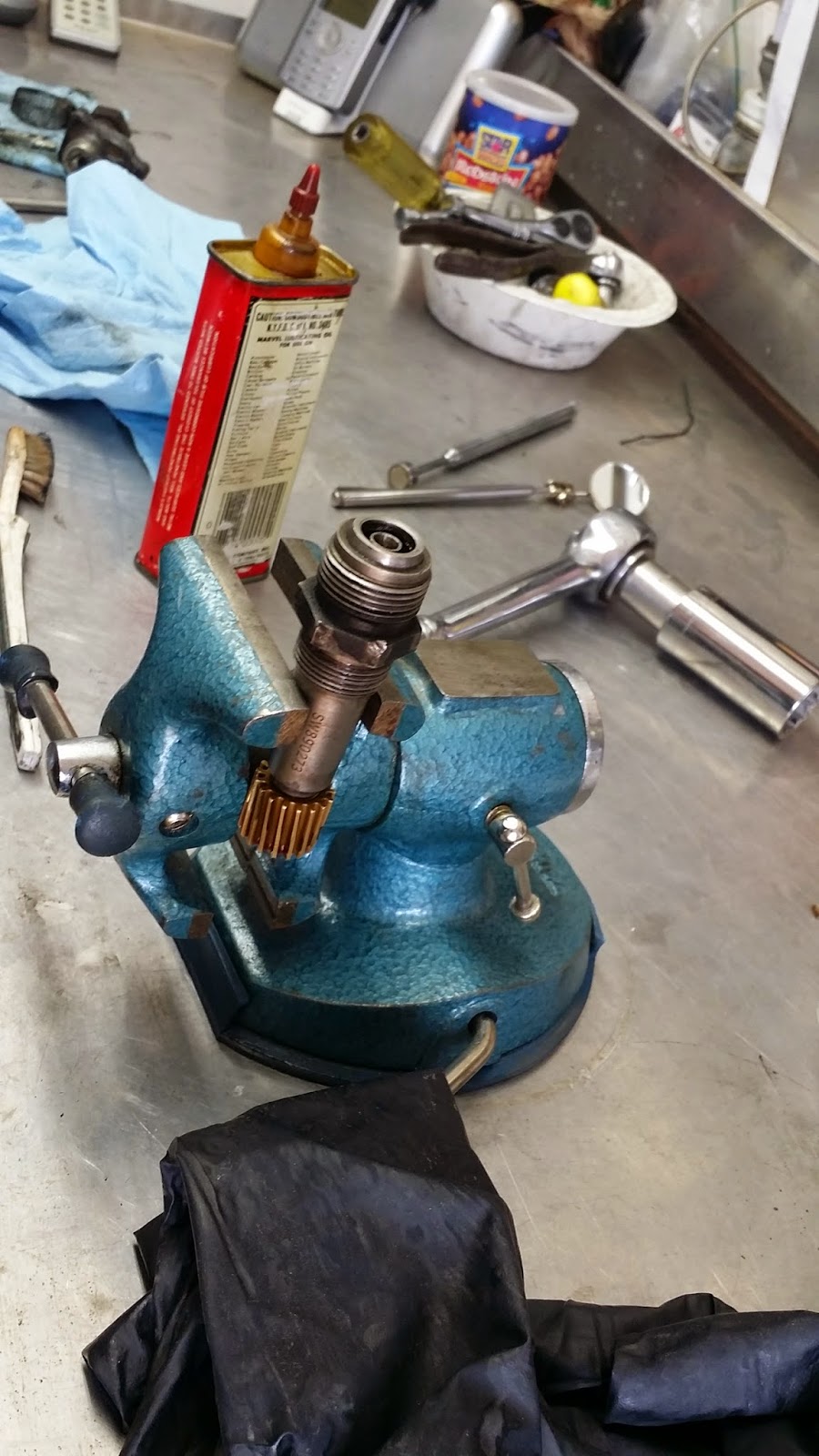 Not sure of the technical name for this 'shaft', but it plugs into the transmission and this is what the signal generator is attached to. 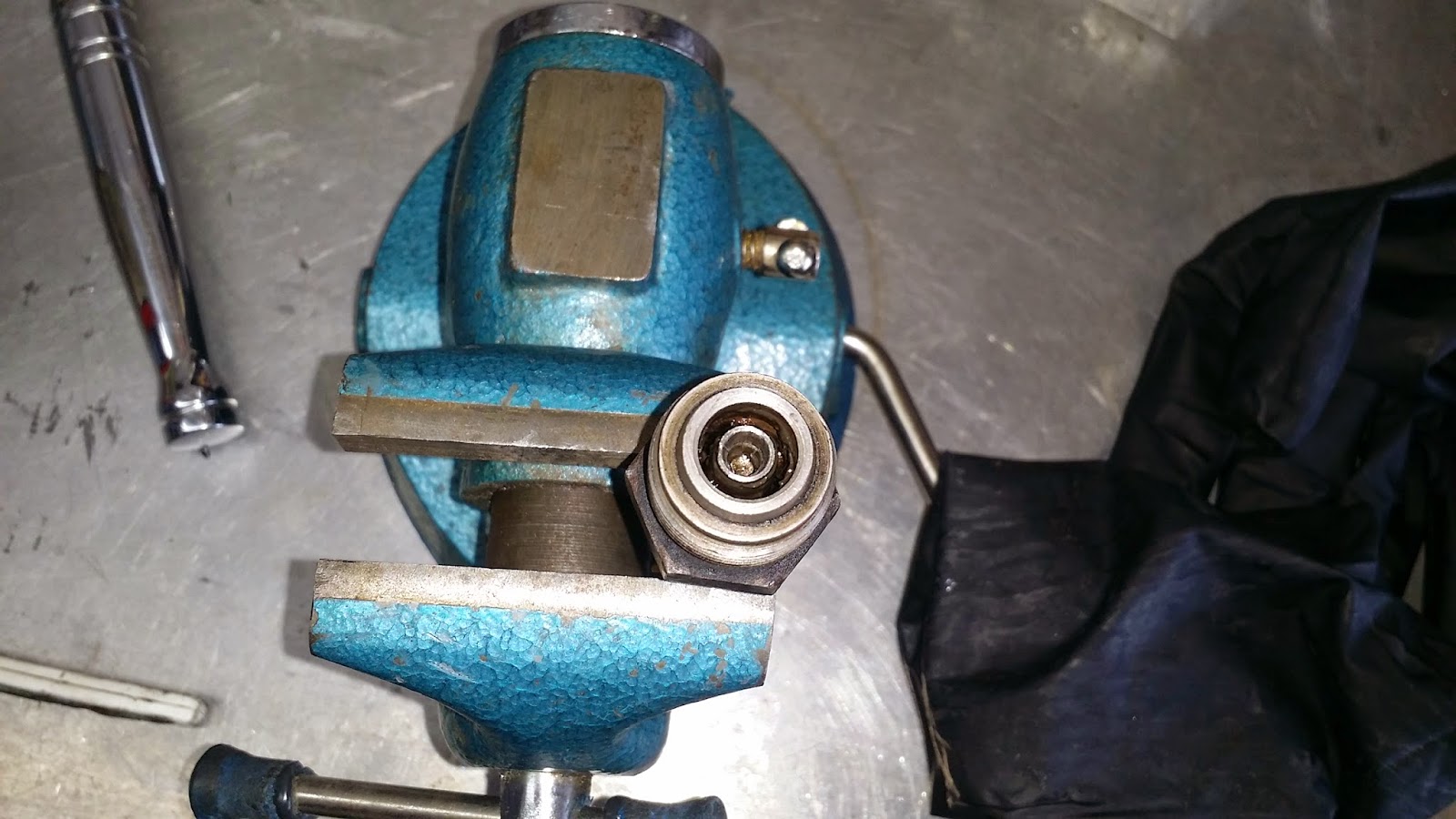 If you look closely you can see what is left of the square shaft that is stuck in the sleeve (center). 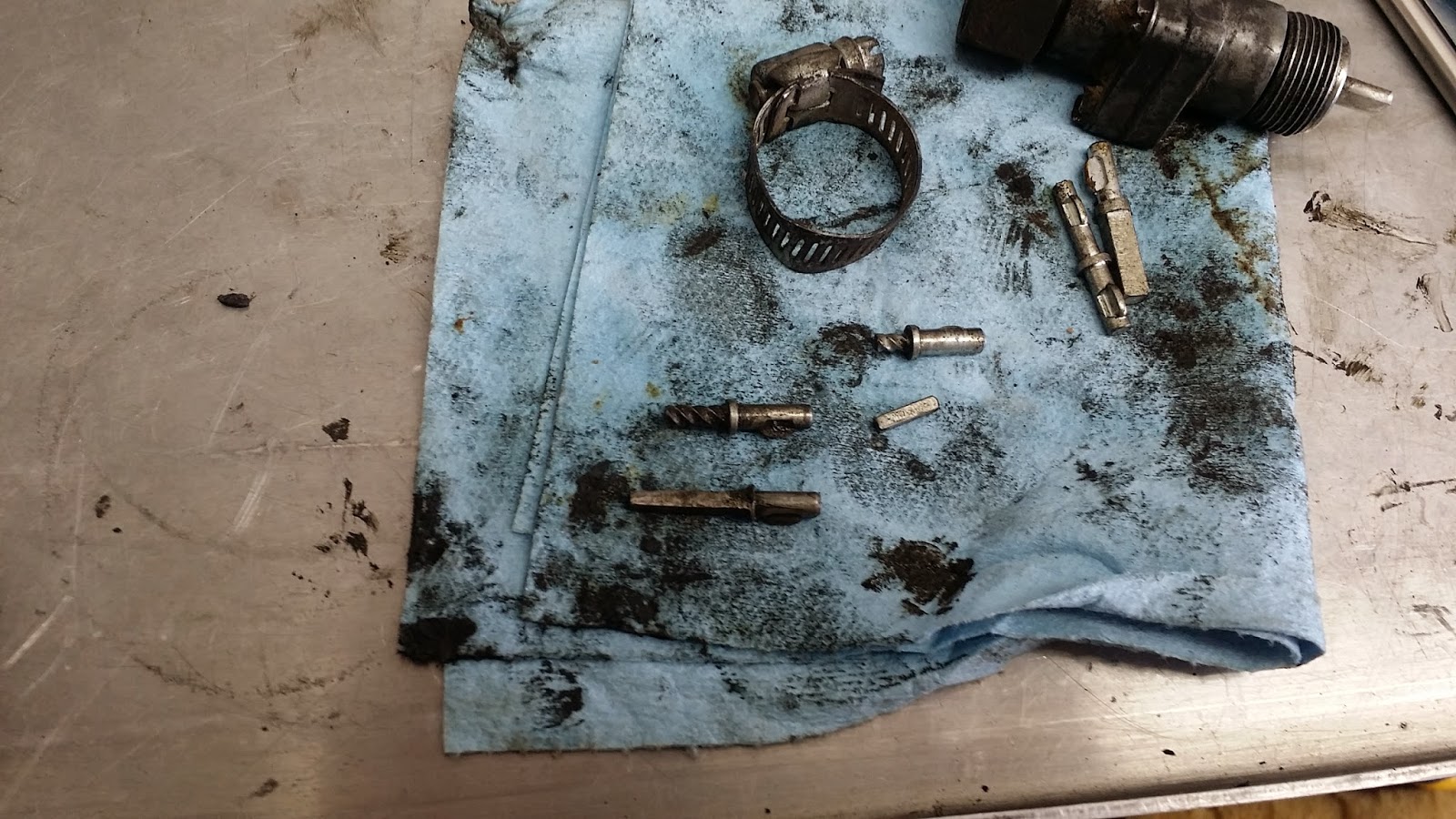 At any rate I am to the point now where I can at least see what I am working on.....now to get out that broken piece!

Tom and Darlene arrived 'home' about 8 pm and we watched 'Blacklist', 'Bones' and 'Elementary' with them before heading for the barn.