Thursday our two stay stay at RJRP* was up and it was time to move over to my daughter's property in east Riverside.  Frankly we're both glad we're moving as SoCal is currently in the midst of a minor heatwave, and our RJRP* site exposes the front of our coach to sun all day long, requiring us at times to have both A/C's on to combat the heat.  At my daughter's property the coach is shaded by a large, mature tree much of the afternoon when it is hottest, and we can get by on just the rear A/C.

My daughter's home is just a few short miles from RJRP*, and getting there is the easy part.  Due to the narrowness of her driveway I choose to insert the coach and trailer in two steps.  First I drop the trailer across the street from the house, then my son brings his Chevy Silverado PU over to pick up the trailer and back it in to the back of the property, then I back in the coach.  I could probably back in with the trailer, but that would involve me tying up the street too long.

Safely ensconced....you can just see the Winegard Carryout on the top of the trailer. 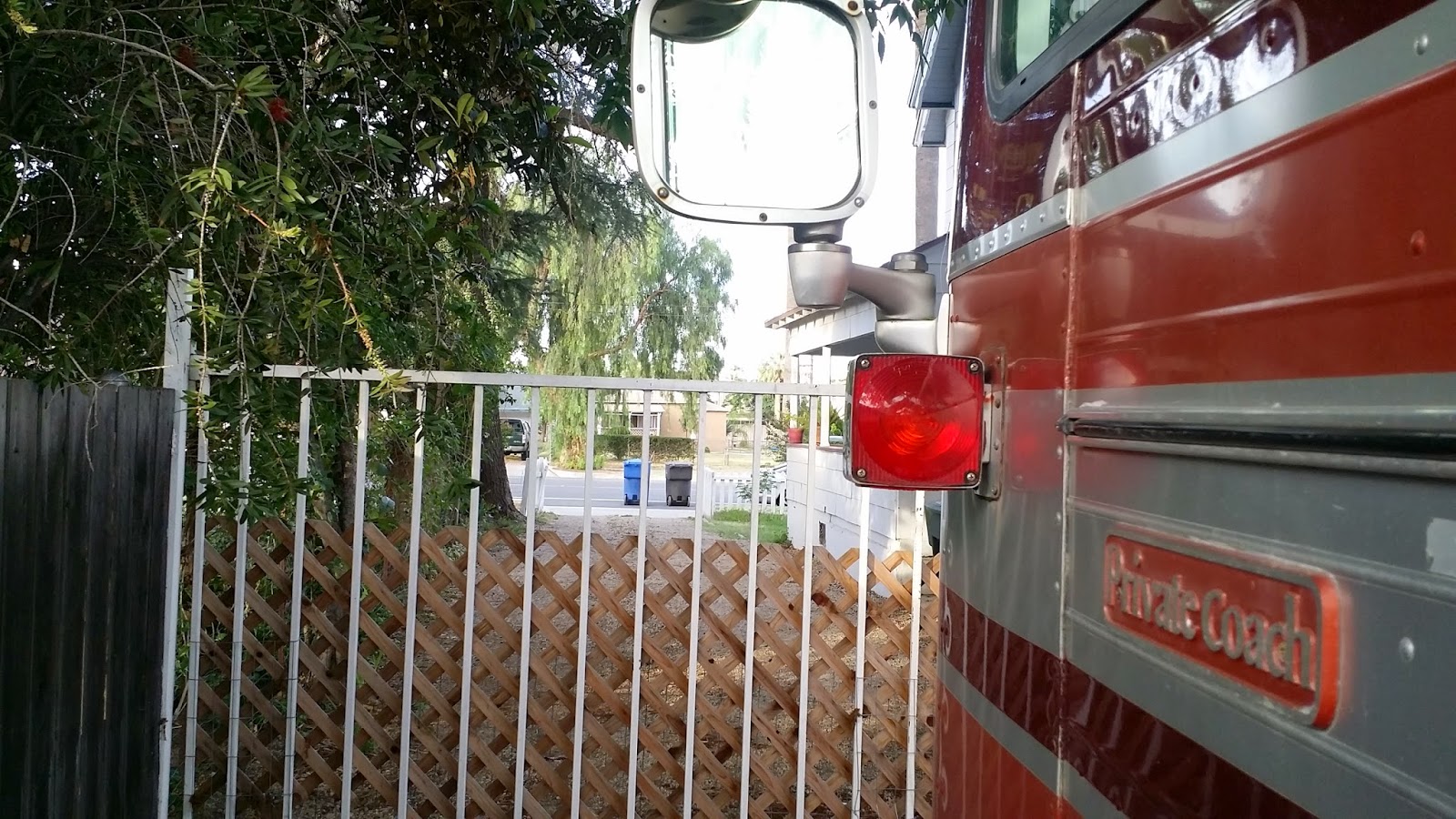 By this time the temperature and humidity were rising quickly so we got plugged in, and turned on the rear A/C while we set up for an 8 day stay.  The large, mature tree that provides shade during the day also blocks our view of the southern sky, so it was time to deploy the Winegard Carryout G2 portable 'dish' just as we did the last time we were here.

Once I had everything setup it was time to go back inside where it was cool......I took a shower, and then settled in to read, nap, and watch a little 'Naked and Afraid' on the Discovery channel.

On a positive note the L.A. Clippers managed to best the San Antionio Spurs in San Antonio to even their best of 7 series at 3 games apiece......now back to L.A. on Saturday for game 7!

*RJFP = Rancho Jurupa Regional Park
Posted by Whatsnewell at 7:23 AM