Am I ever THANKFUL!

Thanksgiving evolved into a warmish day as the Santa Ana winds slowly petered out.  The wind swept skies, which are a typical post Santa Ana winds product, were crystal clear, and the air was balmy......you could see for miles.

We didn't have to be at my son's (Tim and Laila) for Thanksgiving dinner until 1 pm, so we lazed around the coach all morning....me watching NFL football....there are three games on Thanksgiving now.....one on a different network.  The first game of the day between the Detroit Lions and the Minnesota Vikings was the best one, and went right down to the wire with Detroit winning on a field goal as time expired.  The Dallas Cowboys vs. the Washington Redskins was close, but Dallas was pretty much in control the entire game.  The last game between the Pittsburgh Steelers and the Indianapolis Colts was a one sided affair which Pittsburgh won handily 28-7.

We arrived at Tim and Laila's home around 1:15 pm after stopping at a local ARCO  on the way over to fill up with gas.....we filled up the VW with gas more in the three weeks we have been in SoCal than the entire summer at SLT.  I think we were the last to arrive, and as a result we had to park about a block away from Tim and Laila's home.....there was not a single parking spot available anywhere on their street due to all the family Thanksgivings in progress! 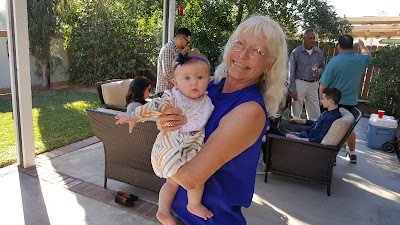 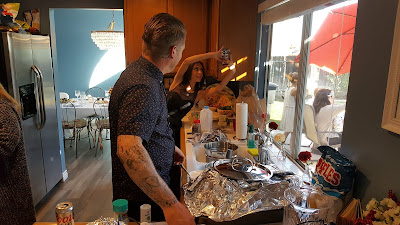 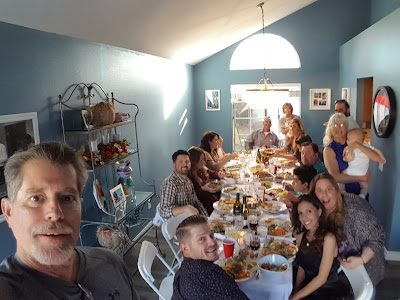 I'm sure our family Thanksgiving was much like everyone else's.......we always have a good time with each other......we don't discuss politics, religion, or sex.....always a sure fire formula for a happy, homogeneous gathering.  For me it was just a continuation of our Thanksgiving Eve gathering, which just makes me smile thinking about it.

Our daughter, Meredith, returned from a four day trip to Mexico and joined our gathering about 4 pm..... 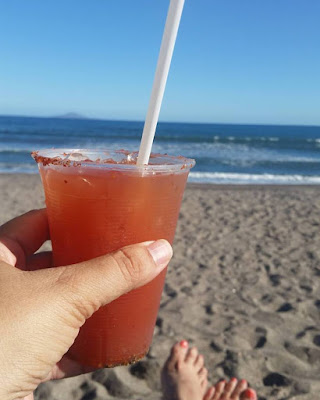 .....just hours earlier she was sitting on the beach in Loreto, Mexico (Baja California on the Sea of Cortez) sipping a Bloody Mary for breakfast........what a world in which we live!

In case I have not said it before.......Happy Thanksgiving from our family to yours!  Thanks for stopping by!
Posted by Whatsnewell at 8:36 AM