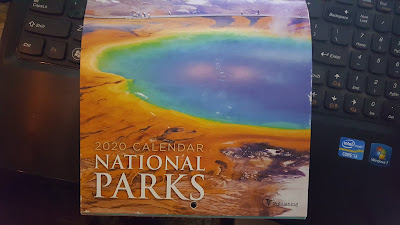 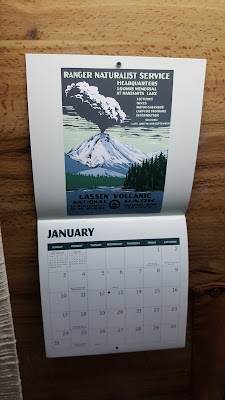 .....on this date in 2014 I went mountain biking with my long time friends Paul, Brenda, and Ryan.  It is one of the few things I miss about my sticks and bricks life......↴ 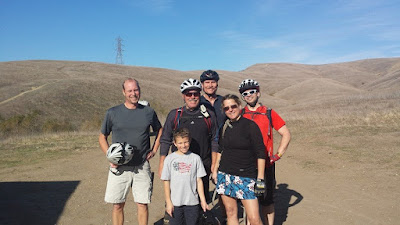 Chino Hills State Park, Chino Hills, CA
For the second day in a row I was called off work due to rain, but TLE worked her normal shift in the office.  So, inadvertently, I have been gifted a 4 day New Year's weekend due to rain.  TLE headed into Waldport after her shift to pick up a few New Year's Eve food and beverage items.
As has been our habit for 15 years now we 'binge watch' a TV series on New Years Eve.  For many successive New Years Eves in the early 2000's we would binge watch the show '24' on New Years Eve.  One New Years Eve, recently, we 'binge watched' 'Breaking Bad'.  This year our 'binge' choice was Season 8 of 'Arrow', which is the final season.  The other 7 seasons were mostly composed of 23 episodes, however Season 7 was just 22 episodes, and Season 8 was just 10 episodes.
We began our 'binge' session around 5 pm, and finished all 10 episodes about 11:45 pm.  We have to say, we really enjoyed the final season, and the way the writers and producers tied up all the many loose ends.  Episode 10 is a tear jerker.  If you are looking for a prime 'binge watching' series you can't go wrong with 'Arrow'.
We were in bed just shy of Midnight, and talked for a while about the past year, our present, and our future.  We managed to still be awake as the clock hit midnight closing another year.  2020 will forever be remembered by us as one of the strangest years of our lives.  We spent 8 months traveling with friends, and visiting with friends all over the western states.  We saw some things we had never seen, and visited places we have not been before.
Over the course of 2020 we renewed all of our major appliances (except the air conditioners) in the Newell as many of them just 'aged out', or failed.  We have a new toilet, a new washer/dryer, a new HD satellite dish, a new tankless water heater, a new refrigerator, and new basement refer.  I rebuilt, by myself, our black and gray tank dump valves.  Through it all we were able to effect these replacements/repairs mostly on our own, sometimes with the help of friends, but without the aid of professionals. We have become pretty self sufficient over the almost 10 years we have called our 1982 Newell Classic home.
During 2020 we managed to avoid large population areas, managed to remain asymptomatic to the Wuhan Flu, covered some 4,700 miles, imbibed a lot of draft beer, visited a lot of micro breweries, dined out as often as was possible, and spent time with many friends and relatives.  It was not the summer we had envisioned.....we had planned to spend the summer touring Alaska, but that was not to be, so we made the best of it, and I think we carved out a rather remarkable travel schedule in spite of the Wuhan flu, and draconian governmental restrictions.
We have deep empathy for those who have been locked down for months at a time, lost their lively hoods, their businesses, their freedom, and are so grateful our chosen nomadic lifestyle enabled us to live what amounts to a pretty normal life for the past 12 months.  We find ourselves living out the end of 2020, and the beginning of 2021 in a safe, remote, rural locale at the very edges of government overreach, and far from the craziness which engulfs all large population centers.
What does 2021 hold in store for us?  We have no idea, but we will continue on with style....thanks for stopping by.  We wish you all a Happy New Year! 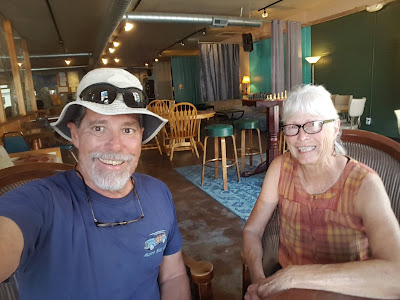 When you shop Amazon, please use our link (below) to access their website.......we will appreciate every purchase you make using our Amazon Affiliate link, and  remember, using our link will not add one penny to your purchase, plus we will receive a small commission which over the course of a year adds up to enough to by a tank of diesel for which we thank you very much!
Posted by Whatsnewell at 10:05 AM