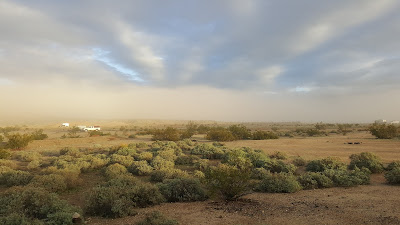 A little ground fog this morning

7:12 am - PST - Sunday - 49º F, humidity 94%, wind 4 mph out of northwest......ground fog is lifting, partly cloudy.....very cold this morning!  Will be partly cloudy until about mid morning and then we should have sun the rest of the day.  It will be nice to get things dried out again.

Saturday was a perfect stay at home and coot out all day kind of day.  After a couple of hour respite from the gentle rain it came back once again, and it continued drizzling on and off the rest of the day.  During one of the lulls in the rain I took the advantage of the car having been washed by mother nature and wiped her down......after several weeks of camping in dusty conditions she was a mess, but now she is clean once again.  I spent another hour doing the same to the Newell.

Around 12:30 it had stopped raining for long enough that I thought I could get an hour bike ride in so I took off toward town, but this time I turned off S-22 and took Henderson Canyon Road along the edge of the hills to Borrego Valley Road where I turned left rejoining S-22 just east of town......a little less crowded than S-22, and a little flatter overall, although it seemed that I was bucking a headwind no matter which point of the compass I headed.  After making my turnaround just shy of Christmas Circle I had covered just under 9 miles......by the time I was within 1 mile of home it began to sprinkle again, and I arrived back at the coach just before it began to rain once again......good timing! 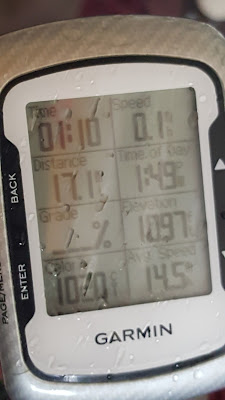 You can see the rain drops on my Garmin

In all I covered some 17.1 miles, incinerated 1020 calories, and averaged 14.5 mph in spite of the swirling wind, and did it in one hour and ten minutes. 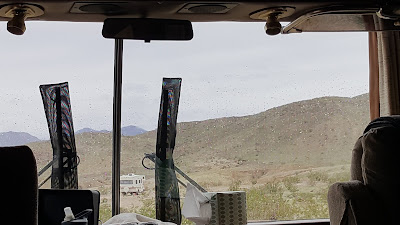 Rain on the windshield most of the day 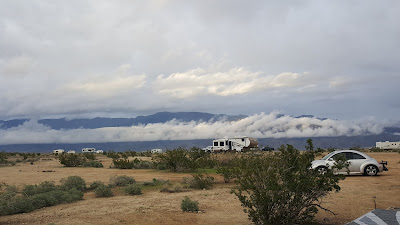 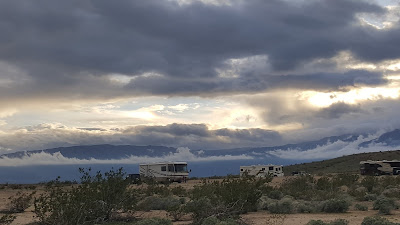 As oft is the case, the clouds began to break up and we received a beautiful sunset...... 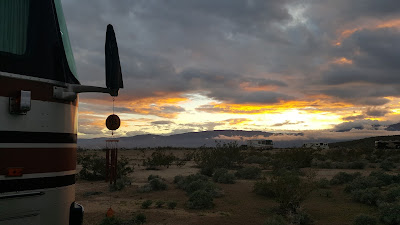 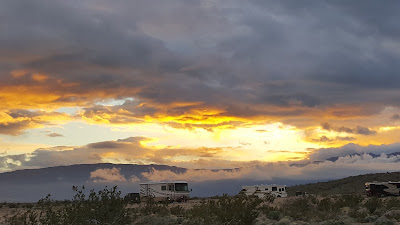 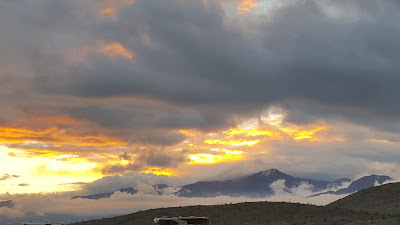 .......as the sun set I grilled some pollo asado for dinner, and TLE did the rest turning it into a wonderful taco salad.  Looking forward to many sunny days over the next 10 days, and also looking forward to getting things dry once again.  We had a wonderful, restful day (after the early exercise), and slept like babies overnight......well, you know, the kind of babies who actually sleep all night.....:-)

Posted by Whatsnewell at 7:55 AM