Another shower, but no rain....

As you all may recall my youngest daughter, Sharon, is expecting her first child the middle of next month, so what do your other daughters do?  They throw a co-ed baby shower on January 9th when we are 145 miles away out in the middle of the desert!  Of course, it goes without saying that we have a car, and we are going to be there come hell, or high water......we departed our Borrego Springs Desert encampment with well wishes from our friends around 0945 hours headed north to Riverside for the baby shower. 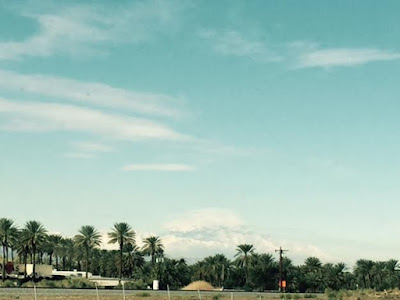 .....TLE snapped this picture as we passed through Indio of the snow on the majestic Mt. San Jacinto which towers some 10,333' above the desert floor.  Our 2 hour drive was without incident, and we arrived safely at my daughter's (Katie) Riverside home (where we just stayed for 5 weeks) at 1145.....surprisingly it was actually colder in Riverside than the Borrego Springs Desert. 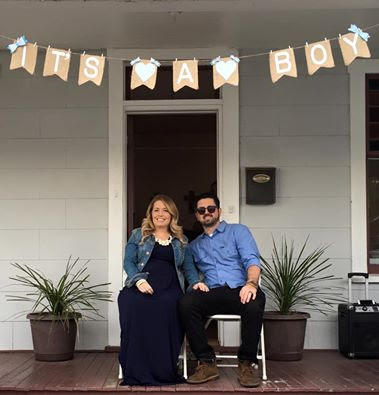 The guests of honor....the expectant Sharon and Rod 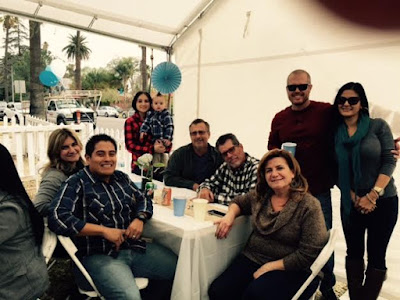 We needed to be on the road back to Borrego between 1400 and 1430 to be sure we arrived back before sundown.....not an imperative, but a strong preference....it's quite dark out here at night until the moon rises, and we didn't want to be dodging sagebrush to get back to our coach.

TLE drove while I took a nap.....traffic through the Palm Springs I-10 corridor was a little heavier on the way back south, but we still arrived home in precisely 2 hours, but I was awake just enough to catch a couple of cool pictures on the local mountains where it appeared some wind driven smoke from some unknown fire was being forced into the canyons providing some unique context...... 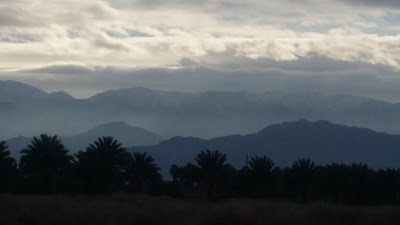 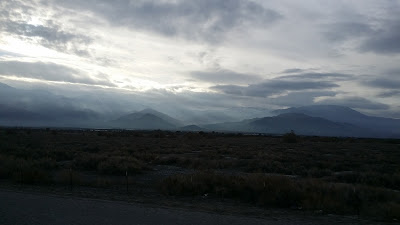 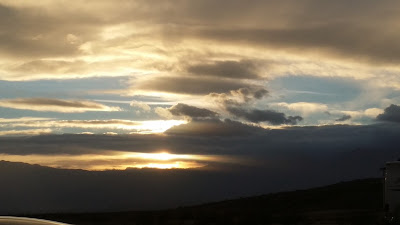 .....we spent the evening watching the Pittsburgh Steelers vs. the Cincinnati Bengals in a 'wild card' playoff game which was one of the ugliest games I have seen in a long time.  The final two minutes of the game where the lead changed twice pretty much summed up the ugliness of the game......ultimately two stupid personal fouls by the Bengals' defensive players gave the game to Pittsburgh.  I feel badly for their quarterback who payed his heart out and should have been on the winning team.  I do not feel bad for the Bengals fans who acted disgracefully when they cheered for injuries suffered by the Steelers' quarterback and receiver, and threw things on to the field......that's my 2 cents and I'm sticking to it.

*TAR = The Amazing Rochelle
Posted by Whatsnewell at 8:31 AM