Jerry and the Jets

When I left off yesterday we had made reservations at Jerry's Rogue Jet Boats to take the 11 am boat 32 miles up the Rogue River to Agness and back.  We met Mike and Liz at 0930 to ride with them down to Gold Beach and arrived at Jerry's Rogue Jet Boats office at 1015, checked in, and then waited for our departure time.  There are three tours offered: 64 mile round trip, 90 mile 'white water' round trip and 104 mile 'white water' round trip, but after August 31st only the 64 mile trip is offered due to reduced water depths past Agness.  For $50/person you go 32 miles up the Rogue River to Agness where you can buy lunch at one of two restaurants located right on the river.  The restaurants are on opposite sides of the river with one (Singing Springs) offering a buffet for about $15/person, and the second (Cougar Lane BBQ) offering a full menu......we chose Cougar Lane.  Lunch is not included in the 64 mile trip. 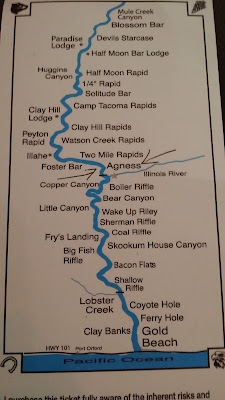 There used to be two competing jet boat companies on the Rogue River - Jerry's Rogue Jet Boats and the 'Mail Boats'.  Both started in business about 50 years ago, but within the past year, or two Jerry's bought out 'Mail Boats' and they are now one, although the graphics have not yet been changed on the 'Mail Boats'......for the purposes of this trip we were riding in one of the blue 'Mail Boats' called 'Wildcat'.  This boat has 3 small block Chevy 354 cubic inch engines powering the powerful jets that propel these boats up river.  The draft of these boats is about 6" at speed, which enables them to pass safely through the numerous shallow spots along the river where depths can shrink at times to just 8 inches. 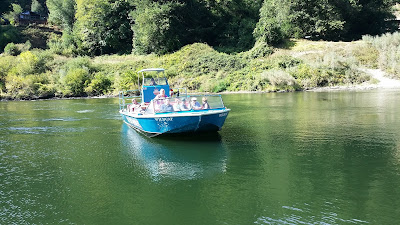 We left on our 'Mr. Toad's Wild Ride' trip promptly at 1100 hours and were treated to a great two hour trip up to Agness.......it doesn't really take that long to make the trip at 30+ mph, but on the way up you stop a lot to see some of the wild life, and are given a lot of really interesting history about the river...... 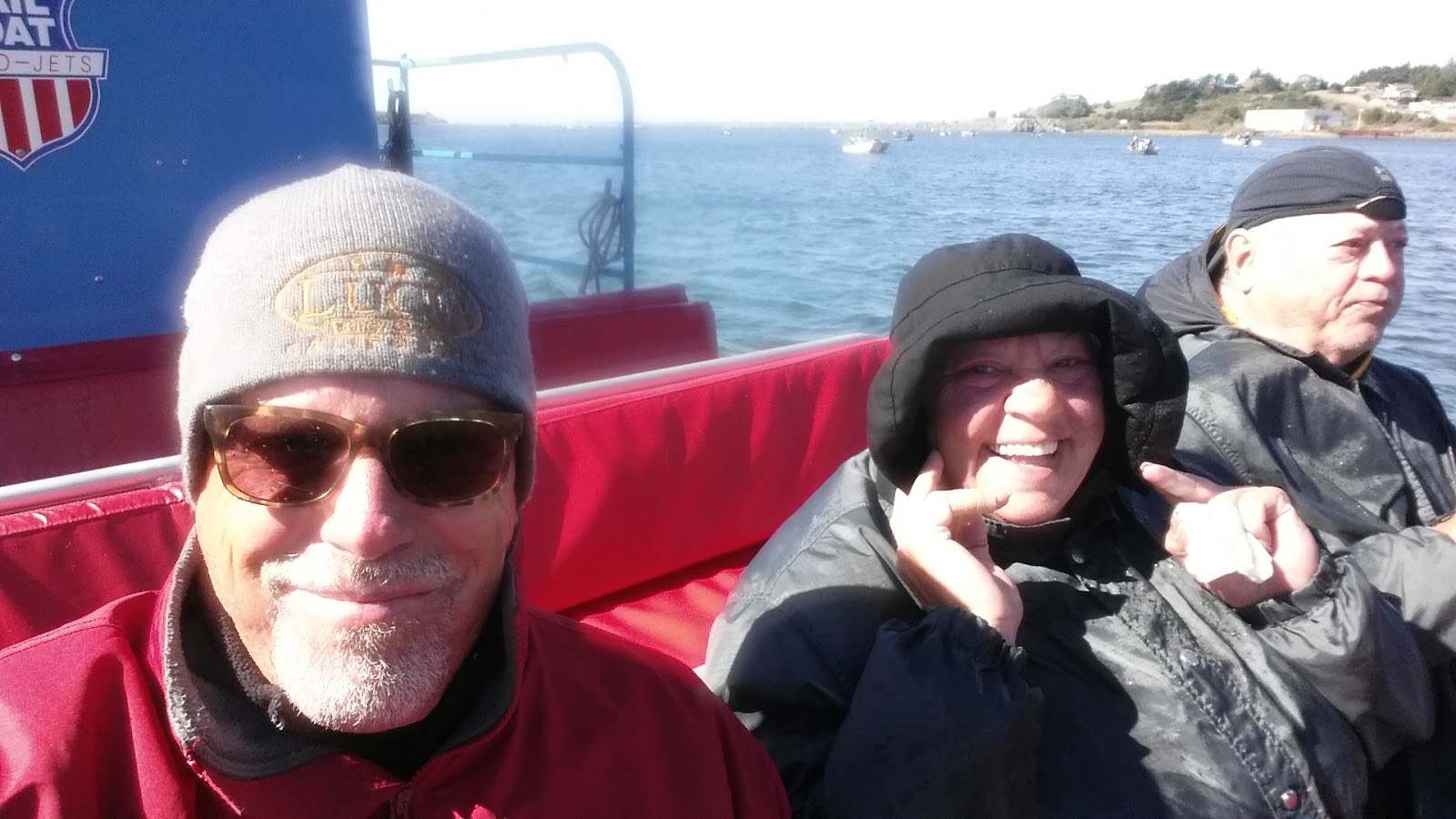 Mike and Liz to my left 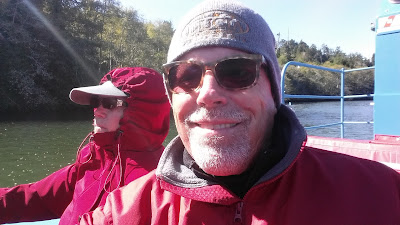 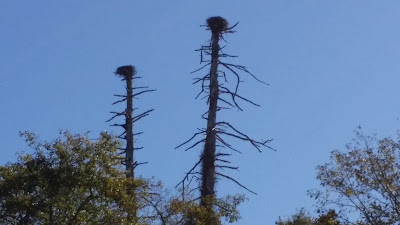 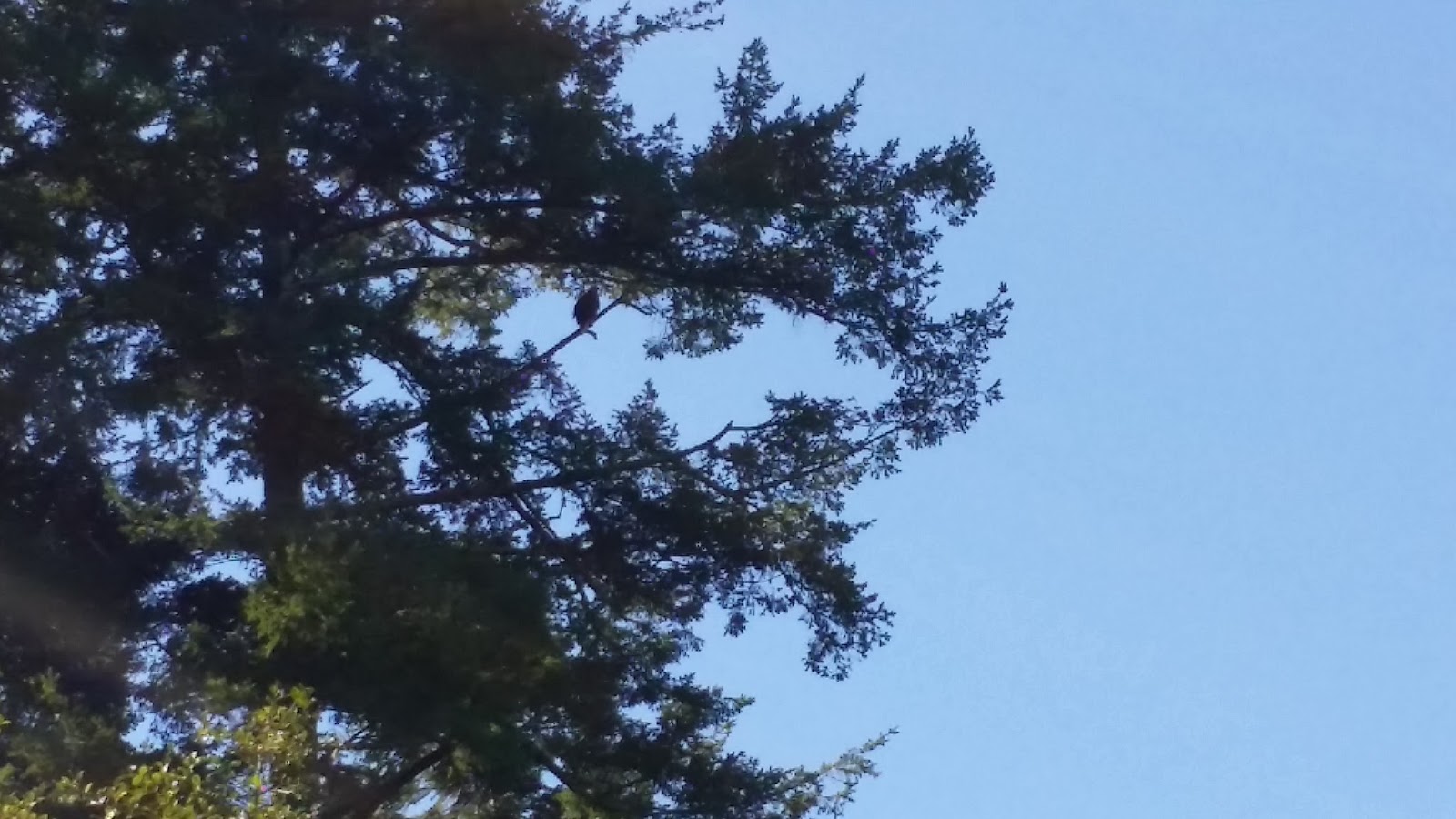 Long shot of a bald eagle 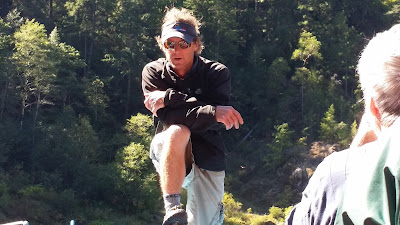 These jet boats have flat bottoms so our captain entertained us a couple dozen times going and coming doing "360's" when the water depth is appropriate and the river is wide enough......lots of fun. 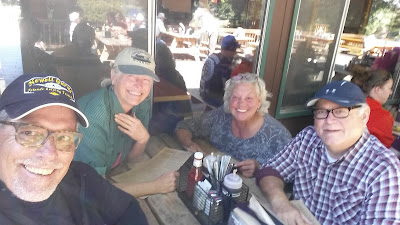 We reached Agness just about 1300 hours, disembarked and walked up the hill to the restaurant which had this enormous outdoor deck, and draft beer!  Doesn't get much better than that! 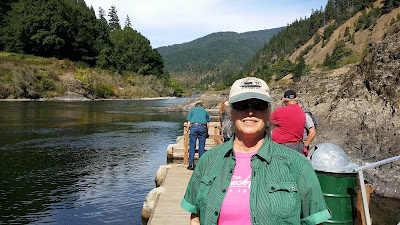 Much warmer in Agness

By 1430 hours we were back in the 'Wildcat' and headed back down river......it took us just over one hour to make the return trip, and it was nice to watch the scenery speed by at 30+ mph as the boat carved through the many twists and turns of the Rogue. 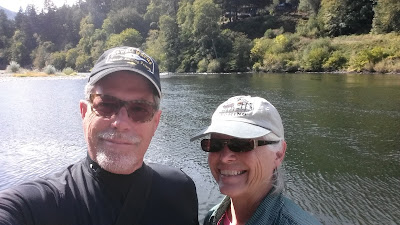 I was able to take a little video of what you looks like zooming along the river in the jet boat.....enjoy.....


We were back in Gold Beach by 1600 hours and on our way back north to Cape Blanco by 1630........Mike and Liz had suggested we stop on our way back at Arizona Beach to pick raspberries, so we did.  They had gotten a tip from the local camp host that there were a lot of unpicked berries, so we stopped and picked a few pounds....... 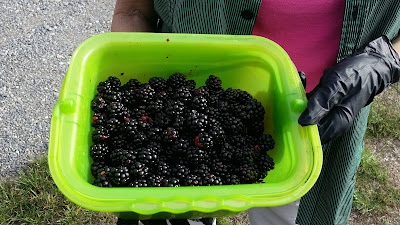 It was a great day, and the experience exceeded our expectations.....we all thought we received a lot of value for the price we paid.  We were home just before 1800 hours with, once again, smiles on our faces.