After hearing rain on our roof most of the night I was relieved Thursday morning to wake up to a bright sunny day!  The high would only get to 63, but that is such an improvement over the past few days, and there are a string of 70+ days coming one after the other for the next week.....yay!

By the time I headed out on my daily bike ride it was getting into the mid 50's, but felt so much warmer than that as I rode my bike north once again on Highway 89 towards the Emerald Bay overlook.  While I didn't feel like I was riding that much faster than the day before my elapsed time from the campground to the overlook was 47 minutes and 13 seconds this time....a 2 minute improvement over the day before. 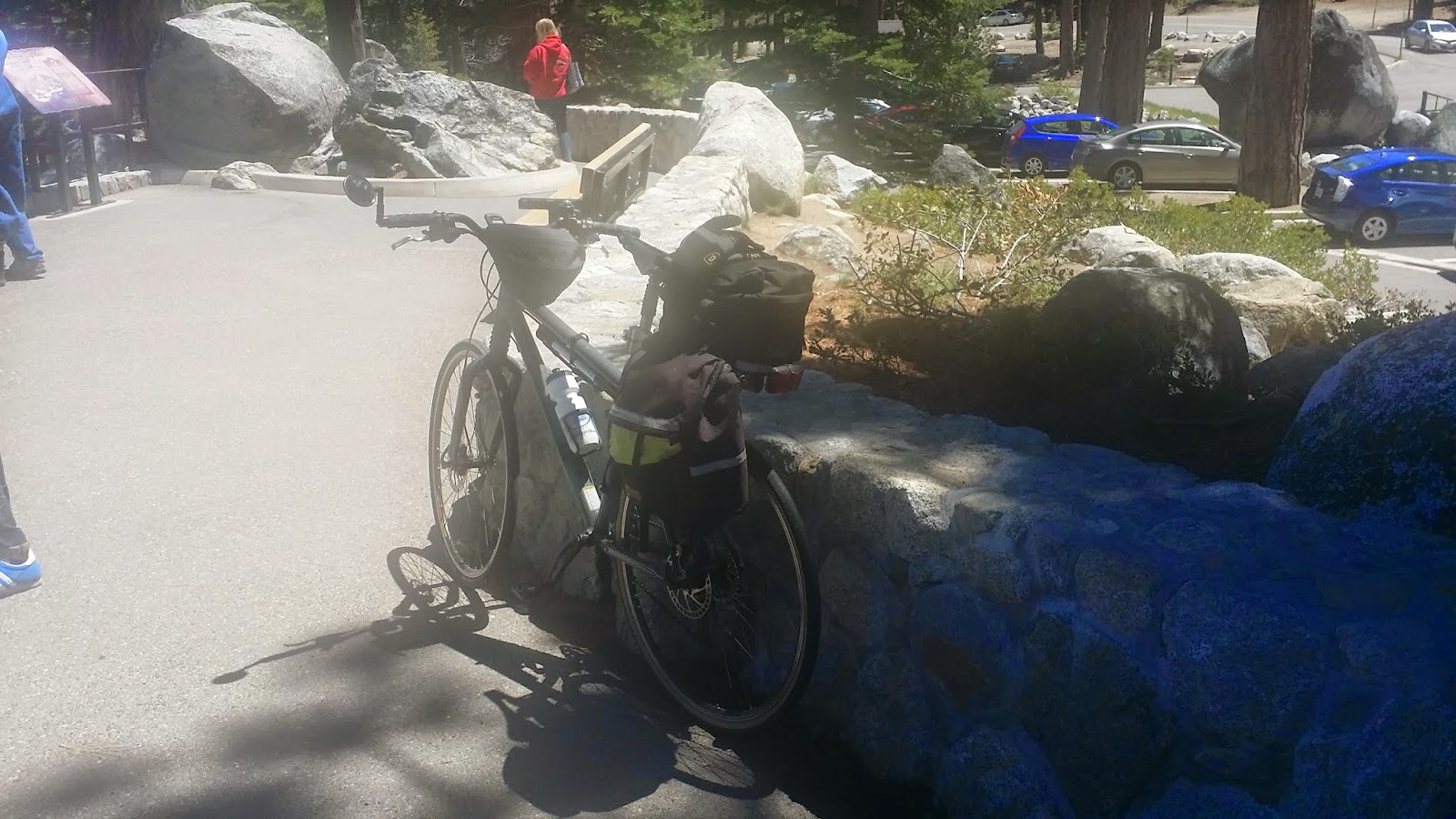 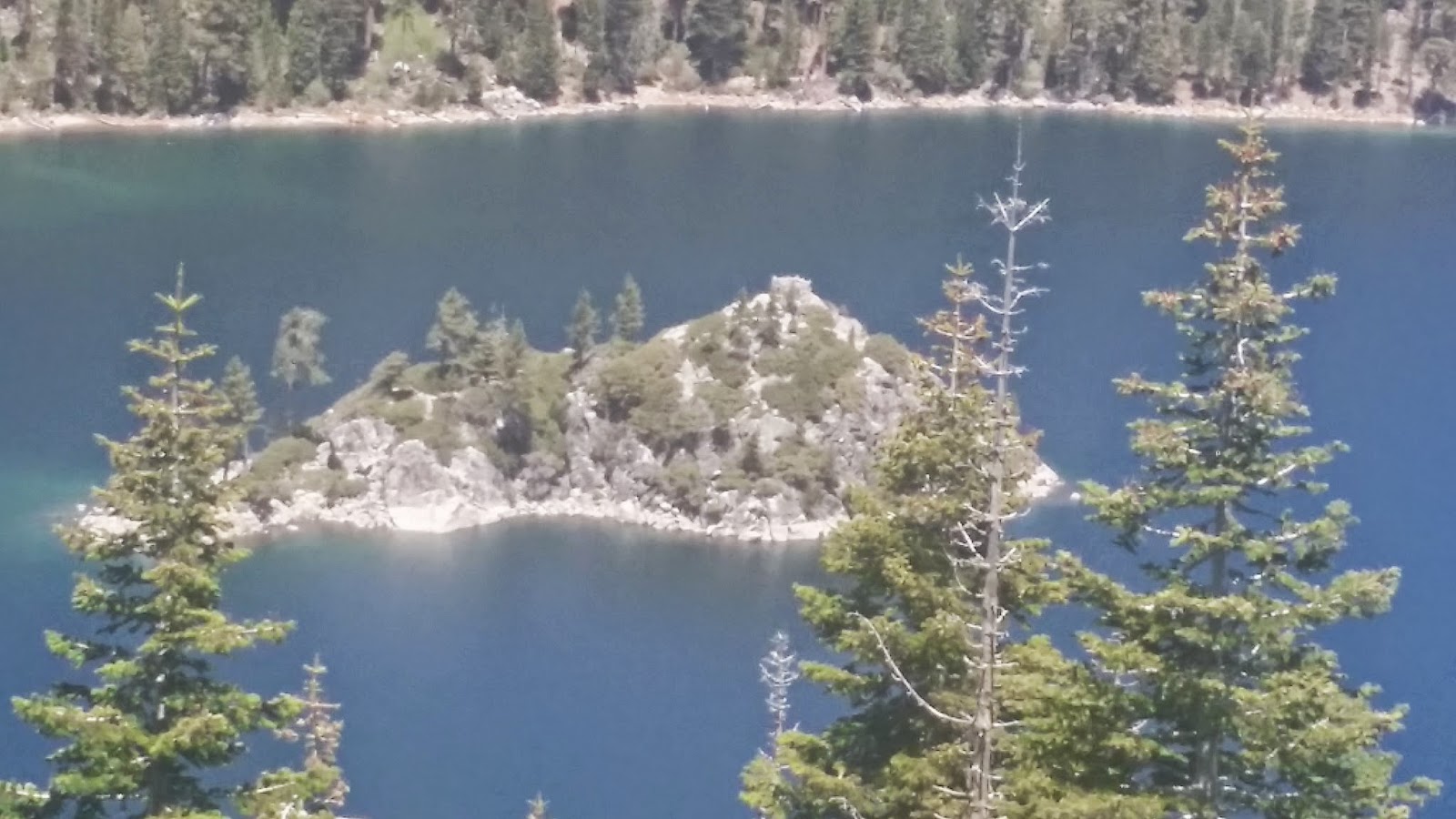 I have always been fascinated by the island in the middle of Emerald Bay......my family has always called it "Tea Island" in recognition of the "Tea House" that was constructed it by the original owner of the island, Lora Josephine Knight, who also had "Vikingsholm" constructed.  The actual name is Fannette Island.  You can still see the the "Tea House" on the highest point of the island.  Here is an internet photo of Vikingsholm.....you can take a short hike from the main highway down to tour the house most days of the week, and we have done so on more than one occasion.

Just before I began my descent down the hill I caught this picture of one of the Paddle Wheel boats that make multiple trips per day into Emerald Bay from different points on the lake. 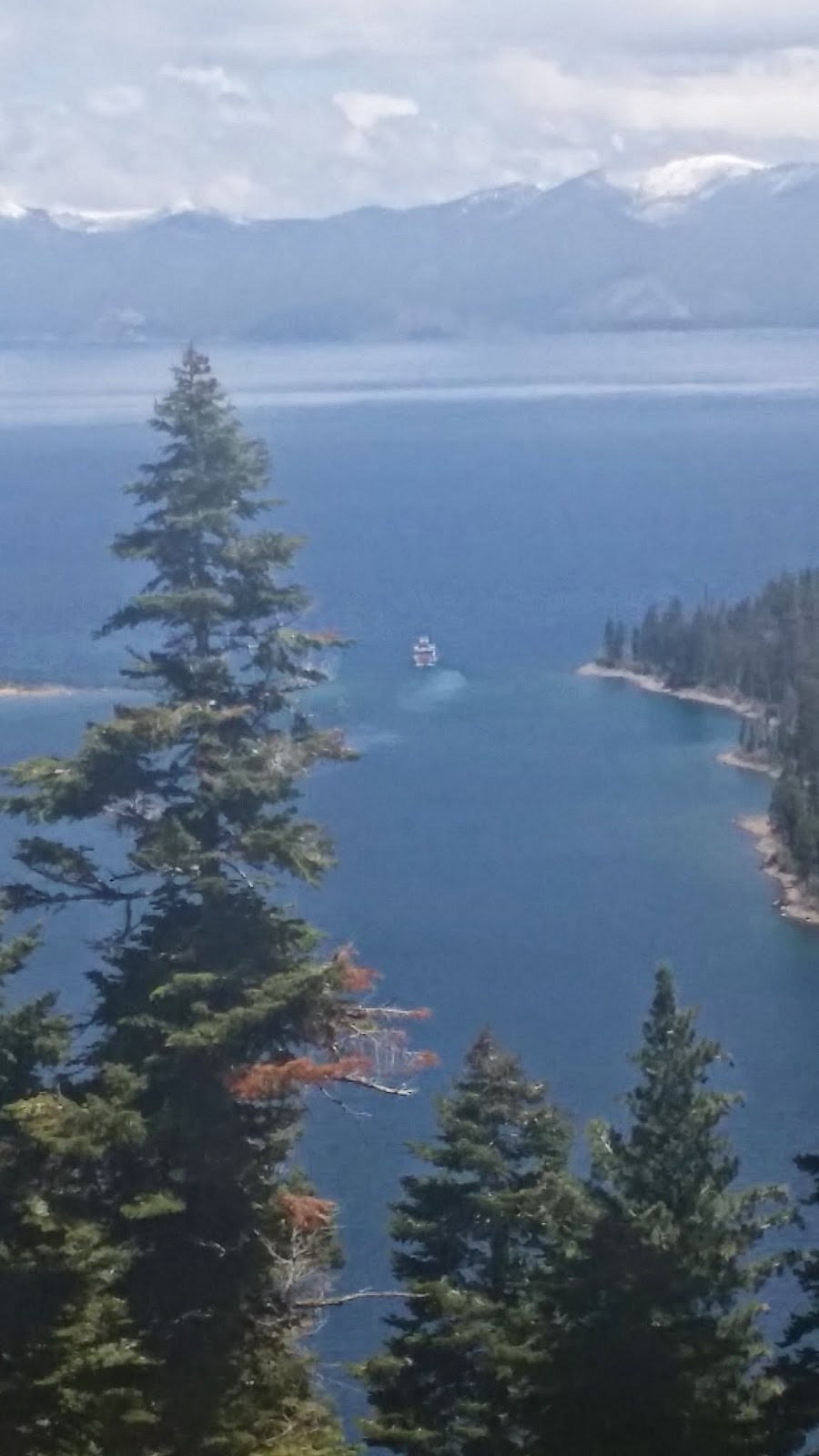 On my way back down the hill I stopped to take a picture of the now deserted beaches stretching from Pope's beach to Regan Beach.....they will be full this Memorial Day weekend.  You can see how much snow is still on the local mountains on May 22nd. 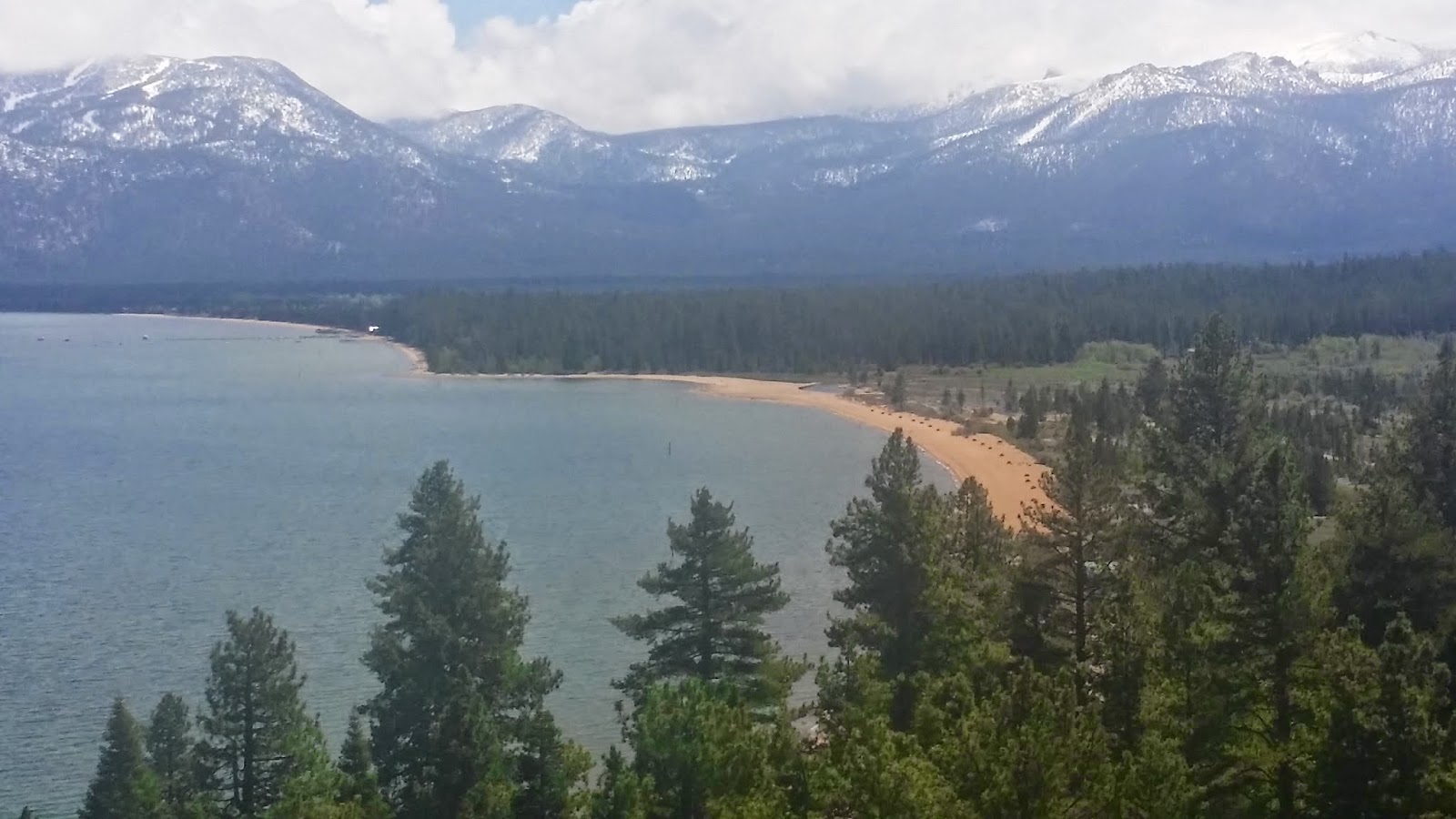 Just after I returned from my bike ride TLE took a walk over to the local Raley's supermarket with her backpack to do some minor shopping.....I don't think we've driven the VW in 3, or 4 days now....we walk, or ride everywhere.

Around 6:15 we joined up with Bill and Debby to walk over to "Classic Cue Bar & Grill" for some beer, food (fish tacos for TLE and I) and some "9 ball".  TLE and I have not played pool for a very long time, but over the course of the evening we began to approach our youthful proficiency once again.  Bill and Debby (who have their own two piece custom cue sticks) won most of the games, but TLE won 2, and I the last game of the night.....once that happened we all agreed it was time to head home.  That's the fun thing about "9 ball"....anybody can win.  Bill calls the proximity of most of the local hangouts "staggering distance" to home.  No one was staggering this night, but we did enjoy a couple of pitchers of "Black in Black" IPA.....I am not an IPA oficionado, but I like this one a lot!  Just a side note.....Bill is abstaining from alcoholic beverages for the time being as he trains for the annual Tahoe relay run around Lake Tahoe on June 14th.  He will run a ten mile stretch before handing off his baton.

We arrived back home safe and sound around 9:30 with smiles on our faces.....you know how you have this vision in your mind of how something you have planned for a long time will turn out?  Well, I've been thinking about spending the summer here at Lake Tahoe for just about a year now, and so far our first week in South Lake Tahoe has exceeded those expectations.  We are slowly settling into the "Tahoe Vibe".....there is a sort of laid back "island feel" to the campground and the local area around the "Y".  Instead of trying to make things happen, we are just letting life come at us....a lot like we do on the road.

Thanks for stopping by!
Posted by Whatsnewell at 9:03 AM