First of all, thank you very much for the 'unsolicited' Happy Birthday's yesterday.....I am now officially double six, although I still feel.....most days.....like I am still 19.....okay, well a few times a month....lol.  My daughter, Meredith, shares my birth date with me along with a number of famous and semi famous people such as Chubby Checker, Clive Owens, Gwen Stefani, Stevie Ray Vaughan, and Lindsay Buckingham of Fleetwood-Mac fame....in fact Lindsay Buckingham was born on the same date and year as I....very cool! 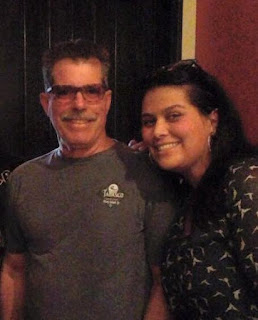 Meredith and I a couple of years back

In my blog yesterday I mentioned TLE was 'otherwise occupied'.....I couldn't say anything at the time, or the surprise would have been ruined.  We are flying south in less than two weeks for the wedding of my daughter Kate, and yesterday was to be her bridal shower.  My amazing daughter Meredith insisted on flying TLE down for the shower to surprise Kate, and the surprise, as you can see, was complete....... 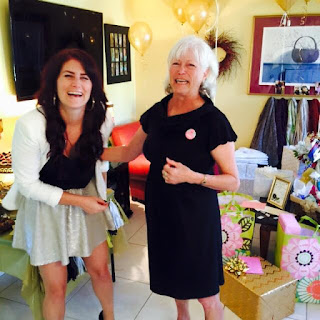 .....TLE will rejoin me today, Sunday, up in Vancouver after her return flight lands in Portland.

So, what to do on your birthday when you have the whole day to yourself?  Well, there is Home Depot, a bike path that takes you all the way to the front door of Home Depot, as well as Starbucks and the local Goodwill all in the same small geographical area, so around 0900 I got on my Bad Boy and picked up the North Bank Trail going west, and just 3 short miles later I was walking in the door of Home Depot.  As you will recall I still need to install my new water pressure regulator, but needed a few more items from Home Depot to complete the task.  I quickly found what I needed and then headed a few hundred feet over to Starbucks for a cup of coffee and a breakfast sandwich (Double Smoked Bacon, Cheese and Egg) and sat outside enjoying the balmy morning air before heading over to what is probably one of the best Goodwills I have ever visited!  This is a very large store, and they have about 1500 square feet dedicated to used computers......it makes sense....we are in a college town after all.  Their clothing selection is four, or five times larger than any other store we have been in previously......as it turned out I found a few more shirts I couldn't live without.... 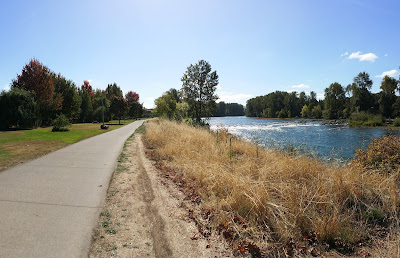 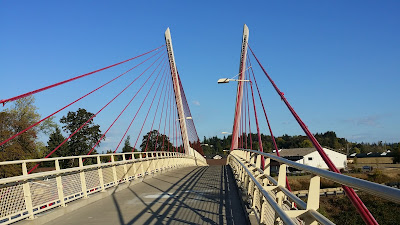 A very cool bike bridge over the freeway

.....just after returning back to the coach I realized I had forgotten one thing for my plumbing project.......no project is every complete without at least two trips to Home Depot.....so I got back on my bike and rode the 6 miles round trip once again to pick up the thing I forgot.  Now that I've got the parts I'll get the pressure regulator installed in the next few days.

I spent the rest of the day, and into the evening watching college football, whilst my solar panels recharged my batteries...... 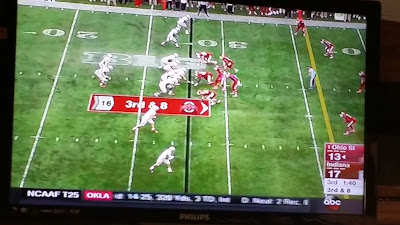 One of many college games viewed on my birthday

Around 1300 I walked over to Subway to get my foot long club which would serve as my lunch and dinner on my birthday......no party hats, whistles, candles, or cake for me.  I was in bed, again, by 2100 hours dreaming of the return of TLE and our next adventure together!

I'll leave Valley River Center early Sunday to make the 120 mile drive up to Vancouver, WA.....thanks for stopping by!
Posted by Whatsnewell at 6:28 AM