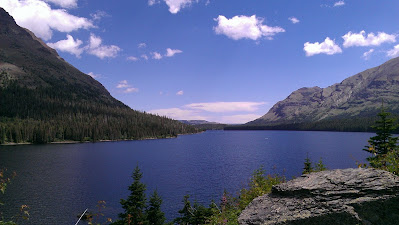 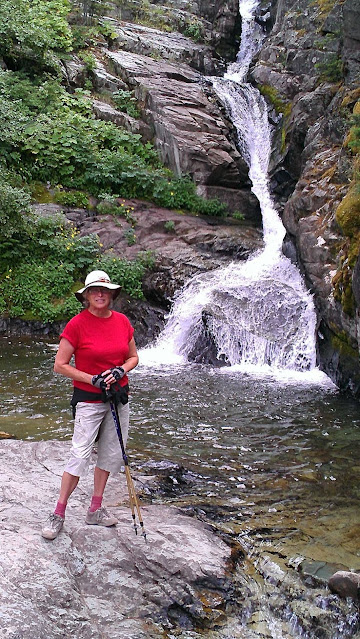 You know how you kind of have an idea, a game plan for a day, and sometimes it turns out completely different than you imagined?  Tuesday was such a day.  I thought Fred and I would do the WDS dance (clean the filters) first thing and then get back to trimming hedges.  The WDS chore usually takes less than 30 minutes, but on this day it took close to an hour.  The filter cleaning part went as it usually does, but when I turned the pumps back on we got two alarms, and a bunch of flashing red lights.....not a good thing when you are dealing with effluent....lol.  I was able to silence both of them, but the lights kept flashing as a reminder we had to fix whatever it was that was wrong, and neither of us had any idea.  Greg is the resident expert on the inner workings of the WDS plant so I drove over to his RV to let him know what was happening.  Much to my surprise he said the two alarms were not related, and gave me some instructions for abating each.  I returned to the plant, and within seconds of following his instructions all the red lights stopped flashing, and solid green ones replaced them.  By the time all that excitement had passed it was after 11 am.
Before we could heave a sigh of relief we were notified by TLE that that pesky sewer connection in site #19 was backed up once again.....doh!  What is the deal with that?  I let Greg know of our continued woes in site #19, so he drove over and joined us to figure it out.  After some discussion we decided to use the inflatable ball thingy to clear the clog again, but let it run for over 15 minutes this time.  He believes there is a clog way down line, and we may have to get a motorized roto rooter to clear it if it comes back again.  At any rate Fred and I followed his instructions, and restored order for the customers in that site.
By this time it was 11:40 am, and our two hour shift was almost at an end....well, not to worry...we had barely put away our equipment when a customer from site #10 walked over to let us know he was having electrical issues, and that his surge protector was indicating 'reversed polarity'.  He said everything had been fine since he arrived in the site two days prior, so I was pretty sure it was his issue, and not ours.  Upon arrival in that site we saw what the problem was immediately.  This inline surge protector he was using was a beast, and must have weighed 20 pounds.  Its weight was partially pulling the 30 amp plug out of of the socket and causing the ground pole to touch the metal casing of the pedestal causing the 'reverse polarity' reading.  He provided us with a bungy cord which we used to pull the surge protector upward, and take the pressure off the 30 amp connector.....as soon as we did that the error message disappeared.
I looked at my watch as we drove away....it was a tad after 12 pm, and time to call it another day.  It's kind of funny, if you think about it.  We've been here at SRRVC about 10 months now, and we rarely, if ever, have had issues with sewage lines clogging, or electrical malfunctions, and no problems whatsoever with the WDS plant.  All of those rare problems lined up to happen in one two hour shift.
TLE worked a single 9 am to 12 pm shift, and she beat me home by a few minutes.  Just as happened Monday, the fog was rolling in again, and I thought we were doomed to another blustery, foggy afternoon, but then the sun came out, and the wind abated.....another wrinkle in the day....lol.  Perfect.....since it was sunny, and almost windless I decided to dump our black tank.  While the tank was being flushed each time I spent the intervals cutting the weeds out of the area between the coach and the cement slab on our left side.
By early evening the marine layer had returned, and as the light of the day waned we watched waves of mist blowing past our windows....another day on the Oregon Coast.
Thanks for stopping by!
When you shop Amazon, please use our link (below) to access their website.......we will appreciate every purchase you make using our Amazon Affiliate link, and  remember, using our link will not add one penny to your purchase, plus we will receive a small commission which over the course of a year adds up to enough to by a tank of diesel for which we thank you very much!
Posted by Whatsnewell at 8:20 AM