After two long driving days, and two very early mornings I slept like the dead Wednesday night.  It is sooooo quiet here at night, and sooooo dark!  And on top of that we get to run our heaters in the morning, and no air conditioning!

Around 9 am I noticed one of the park ranger trucks parked out front and saw the head ranger, Shirley, walking towards our front door with a large wooden plaque in her hands (see below).  This is one of the "perks" of the job....we get this cool name plaque that will leave with us when our tour of duty is finished.

Port Orford, the nearest town, is about 6 miles south as the crow flies, and seems to have a totally different forecast each day than we do here at Cape Blanco....for instance....today the temperature forecast in Port Orford is for a high of 89.....here in Cape Blanco it will be a pleasant 81.  Since Cape Blanco Lighthouse is the furthest point west on the Oregon coast there is nothing to block the wind from the north, or from the south.  Right now we have prevailing winds out of the north which blow typically at 30-40 mph, or "gale force" in other words.  From there it only gets worse.....if the wind velocity gets to, or exceeds 50 mph, we shut down the lighthouse to tourists. The highest wind velocity recorded here was 184 mph!  In a few weeks the prevailing winds will swing around and begin pelting us from the south for the winter.  The lighthouse was first "lit" on December 20, 1870, and has been in continuous operation since then, and is currently the oldest operating lighthouse on the Oregon coast......it still serves as a navigational aid to this day.

Our first shift in our volunteer capacity was what is called the "bottom shift", 12:30 pm to 4 pm, so we did not have to get up early to rush off to open anything up!  I spent some more time setting our campsite up, and then around 10 took a break to listen to TLE read from the informational booklet about the lighthouse.  Since this was to be our first day on the job we decided to arrive at Noon for our shift in order to "shadow" the other hosts around as they performed their duties in order to familiarize ourselves with the routine.  By 12:30 we had relieved Angie and Gary up at the lighthouse so they could take a lunch break, and we were on the job!  I took the position up at the top of the lighthouse by the large second order Fresnel lens (made in Paris, France), while TLE greeted the visitors in the "work room" on the first floor. 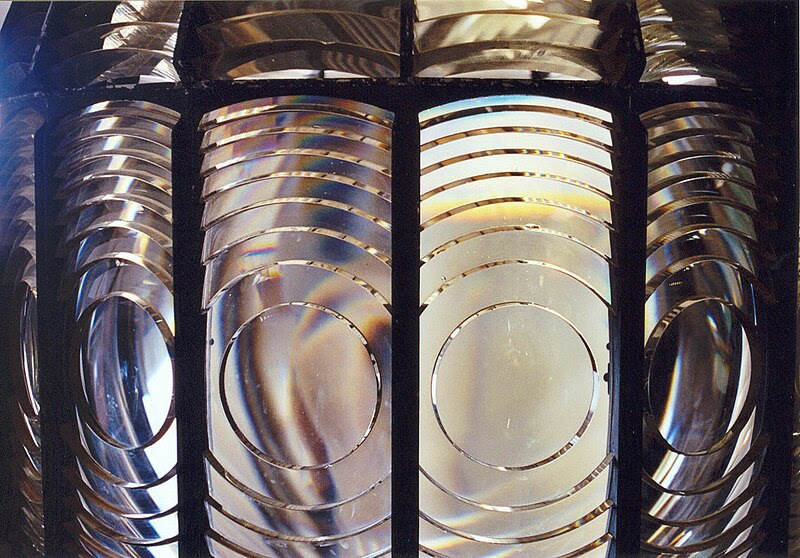 Only 5 people (in addition to the tour guide (moi), are allowed on the platform in the lense room at one time.  From the time I greeted the first 5 visitors it was non-stop until 3:40 when the last tour of the day began their descent back down the 62 steps to the work room. 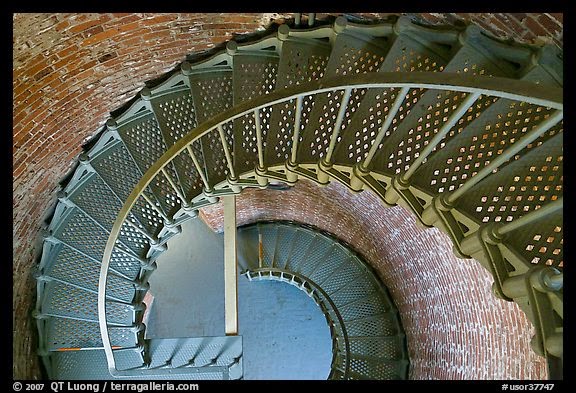 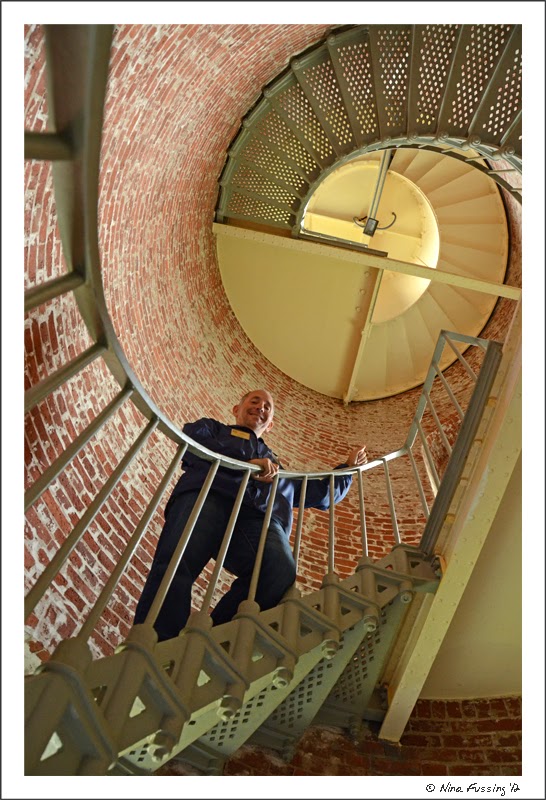 Since we worked the "bottom shift" the keys to the "kingdom" are handed off to us, since we will be opening the lighthouse at 9:45 am on Friday when we work the "middle shift" (9:45 am to 4 pm) at the end of which we then pass on the keys to Chris and Cherie who will have the "bottom shift" on Friday, and will open on Saturday.....and so it goes.

We were back at our coach by 4:15, and continued on with camp set up......my job was to borrow a portable satellite dish from Paul and Nina (which they had offered to us on Wednesday) and try to find a spot where we could get our satellite signal.....our site is not compatible with a view of the southern sky unfortunately.  I wasn't able to get the portable satellite dish "dialed in", but I am close, and hope to finish it after work on Friday.

Well, that was our first full day in Cape Blanco by the sea......thanks for stopping by!

Posted by Whatsnewell at 7:59 AM