Sooner, or later it was bound to happen......in fact I'm surprised it didn't happen much sooner considering where we have been the past two weeks.  On the Oregon coast one would expect there to be overcast (which we have had in abundance), fog (occasionally), and rain.......yes rain!  We have had a lot of sunny days, but nary a drop of rain until Wednesday about mid morning.  When we lived in SoCal and saw a forecast saying 60% chance of rain we laughed derisively, and went on about our business.  Here on the Oregon Coast even a 40% chance of rain is taken seriously, and indeed it rained as forecast......nothing torrential mind you, just a steady drizzle the rest of the day and into the evening. 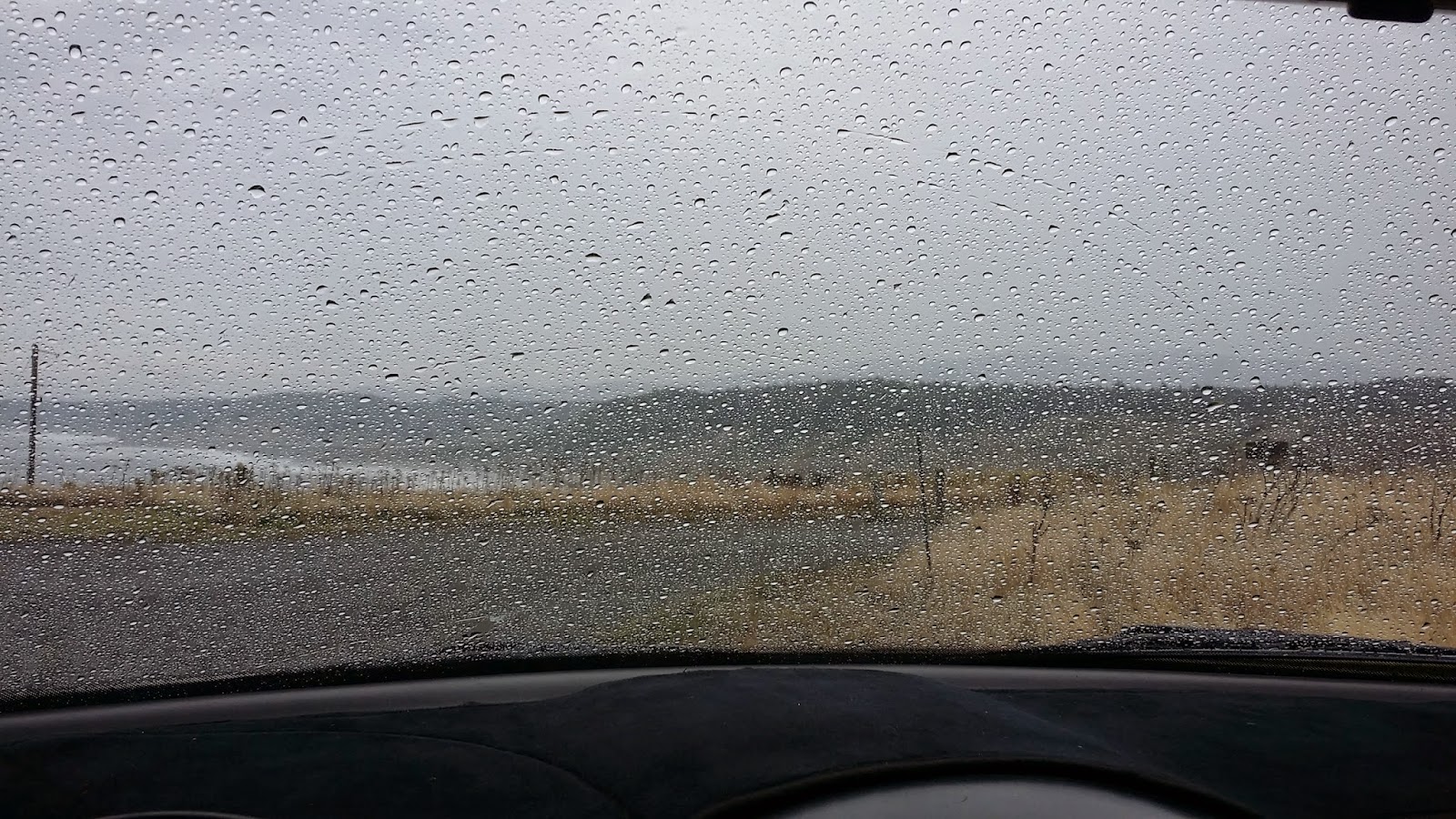 Wednesday we had the "middle shift" at the lighthouse and, normally, we would have walked, but since we were taking the 40% chance seriously we opted to drive the Beetle to work.  The first half of our middle shift we worked in the lighthouse (TLE in the ground floor "work room" and me in the "lantern room").  By 11 am there were drops of rain on the safety glass in the "lantern room", and by the time lunch rolled around at 12:30 it was raining pretty steadily.  We sat in the VW eating lunch, listening to the rain on the roof for 30 minutes, then headed back to the Greeting Center to take over the "Greeting" and "Story Teller" roles for the afternoon.  TLE spent the majority of her time inside the center doing her story telling, while I huddled under the entry way overhang trying to stay mostly dry, and I was mostly successful.

Surprisingly we had 101 visitors by 1pm, and ended up with a total of 151 for the entire shift.....way above what I was expecting for a rainy day.  One might say....."well, you know those Oregonians......weather is not a deterrent to them".....and that might be true to an extent, but there were a quite a number of international visitors this day, as well as "out of staters" who were braving the elements to visit our lighthouse.

By 3:15 it was time for me to drive out to the main gate to close it (the last tour of the day begins at 3:15), and then let out the visitors as they exit the park.  By 3:40 the last of the day's visitors had exited, and TLE and I were on our way home.

We spent the rest of the drippy afternoon inside reading......well that was what TLE did....I watched a few episodes of "American Pickers".....what a great way to spend a rainy afternoon.....watching people look through other people's junk!

We finished off the evening watching "Hell's Kitchen" and then a few recorded episodes of "Fraser"......Fraser just makes me laugh....at lot.......and I love going to bed with a smile on my face.

Thanks for stopping by!
Posted by Whatsnewell at 7:10 AM