After one day off we were back to "work" Sunday at the lighthouse serving our time in the "bottom shift" slot (12:30 pm to 4 pm).  The wind continued to be a non-factor early on, but then just before we began our walk along the "Cape Trail" the wind began to pick up from the southeast.  As "they" say in these parts......"if you don't like the weather get in your car and drive 5 miles....".....in our case....."put on your walking shoes and walk a mile...."

The fog bank being held at bay

Well, we did like the weather at our RV site, but it was time to walk to work, and as we approached the end of the "Cape Trail" you could see the fog rolling across the neck of the cape totally obscuring the lighthouse.  We transitioned from a sort of balmy day to  chilly, foggy conditions in less than a mile.  We had decided to wear shorts this day, and that choice worked out mainly because we were in the lighthouse all afternoon, and I was in the "lantern room".....the warmest spot at the lighthouse......in fact, because the wind was coming from the southeast it was actually warmer than normal, and I ended up taking off my jacket.  So there I was in sandals, shorts and a t-shirt while everyone else was bundled up including TLE.....when I came down from my perch at 3:30 she had the heater in the "work room" going full blast! 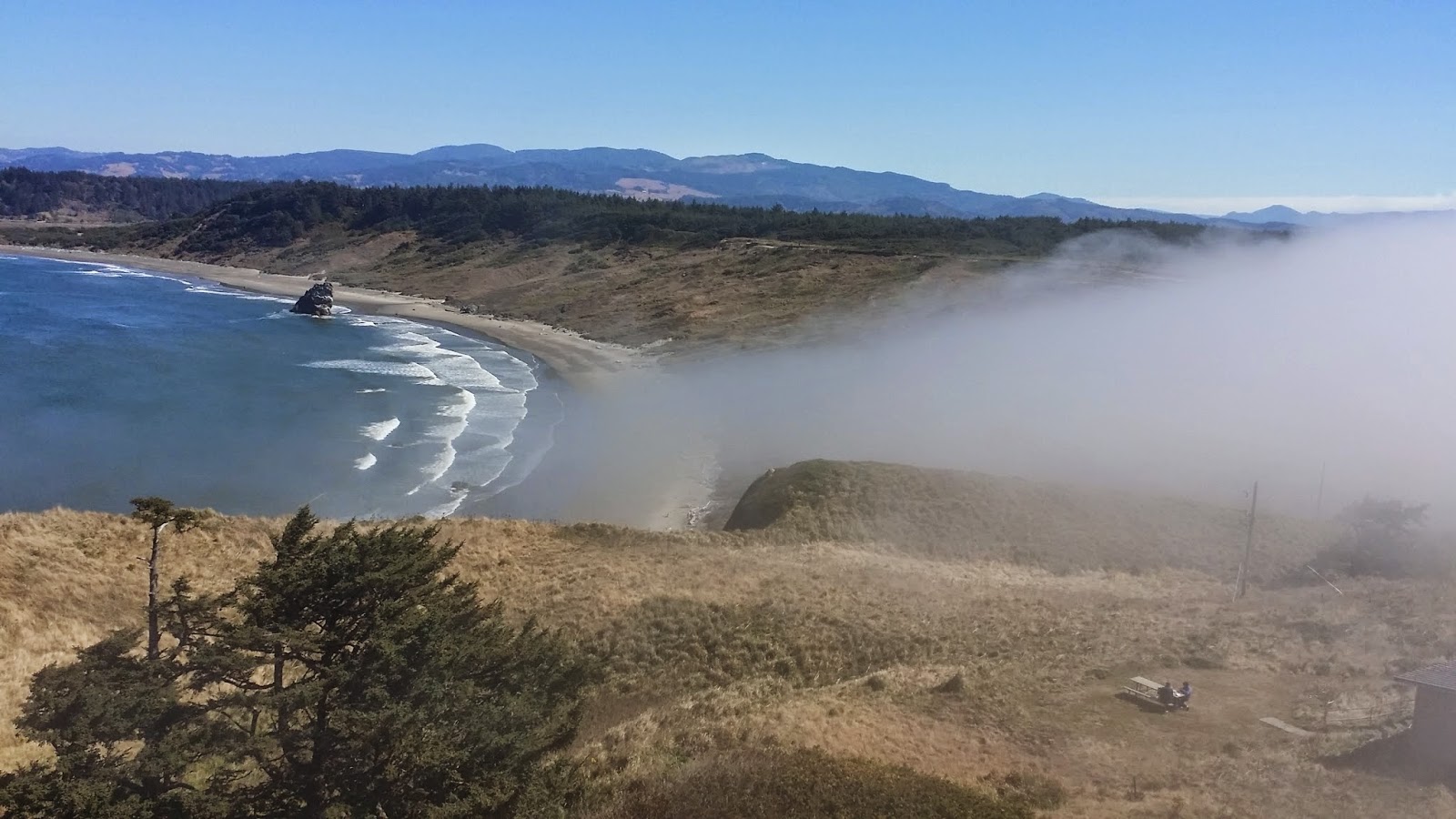 The fog rolling in as seen from my "perch"

A short video of the fog rolling in....

The last of our visitors exited the "lantern room" around 3:30 and TLE confirmed via two way radio that they were the last tour of the afternoon, so I began closing up and made my way down the 64 steps to the work room to help TLE finish putting things away, and then we began our walk home.

We arrived home in time for me to watch the end of the Bronco vs. Kansas City game in which Denver barely hung on to win 24-17......a much closer game than the score would indicate.  The Sunday night NFL game was every bit as good (Chicago vs. San Francisco), and was a nice cap to a great football weekend.

Around 5:30 TLE had me fire up the Sea-B-Que to grill some London Broil she had bought a while back.....the end result is seen below, and believe me when I say......"WOW!"...mashed potatoes, sauteed onions and mushrooms, spinach and London Broil....double "WOW!" 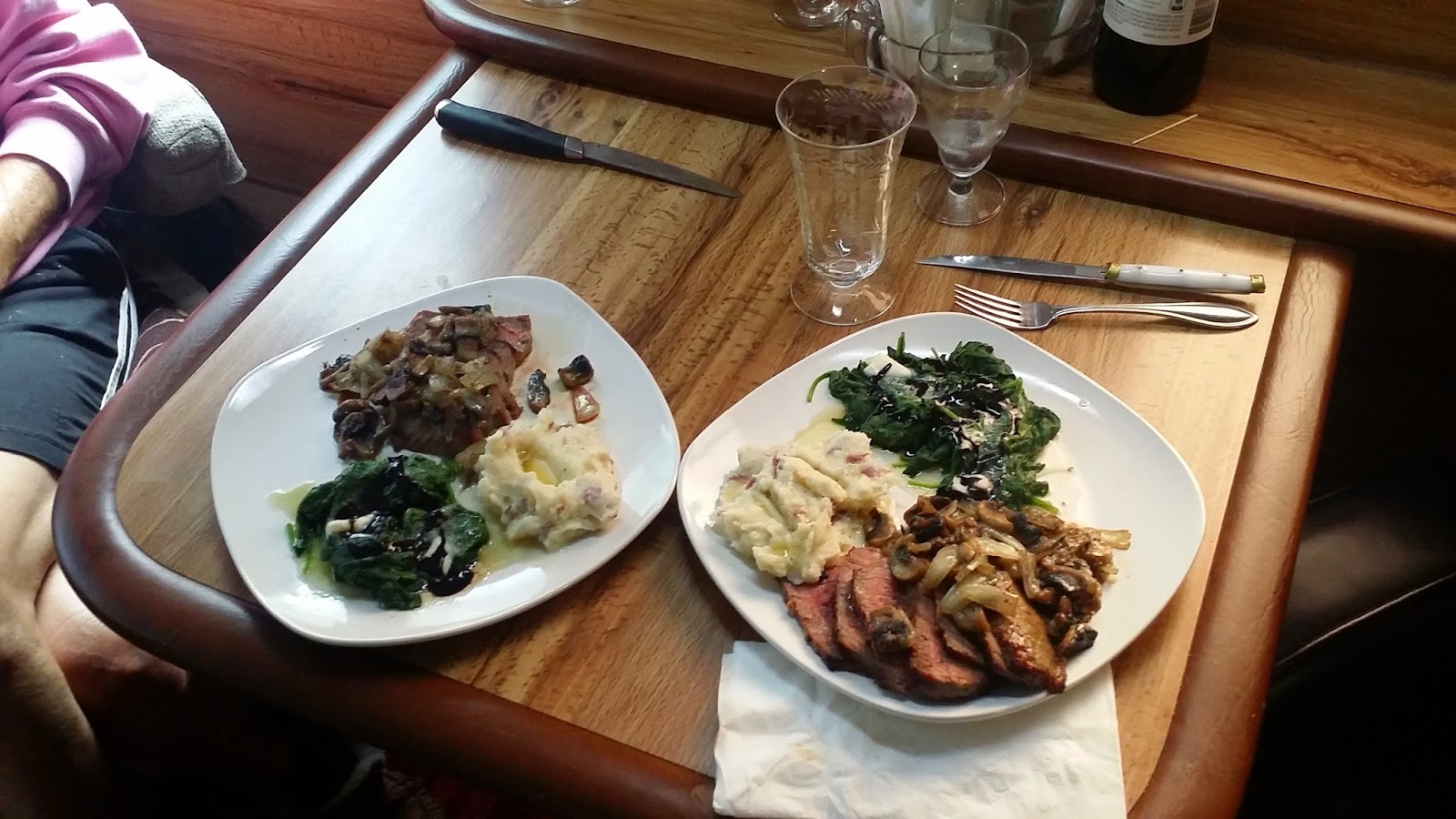 Posted by Whatsnewell at 9:32 AM