Sunday, just as it has been since we arrived  back in November, was Kiosk day for us.  This was probably one of our busiest Sunday's for fishermen entering the park since we have been here.  Most likely it was due to the fact the two lakes had been stocked with trout on consecutive Friday's in anticipation of the Fishing Derby the day prior.  At any rate the stream of car carrying anglers began at 7 am, and did not let up until after 8 am....by let up I mean only 2, or 3 cars at a time as opposed to a line all the way out to the street.  TLE worked the register while I interfaced directly with the customers collecting money and dispensing fishing tickets.....we had quite a rhythm going and were able to move the line right along. 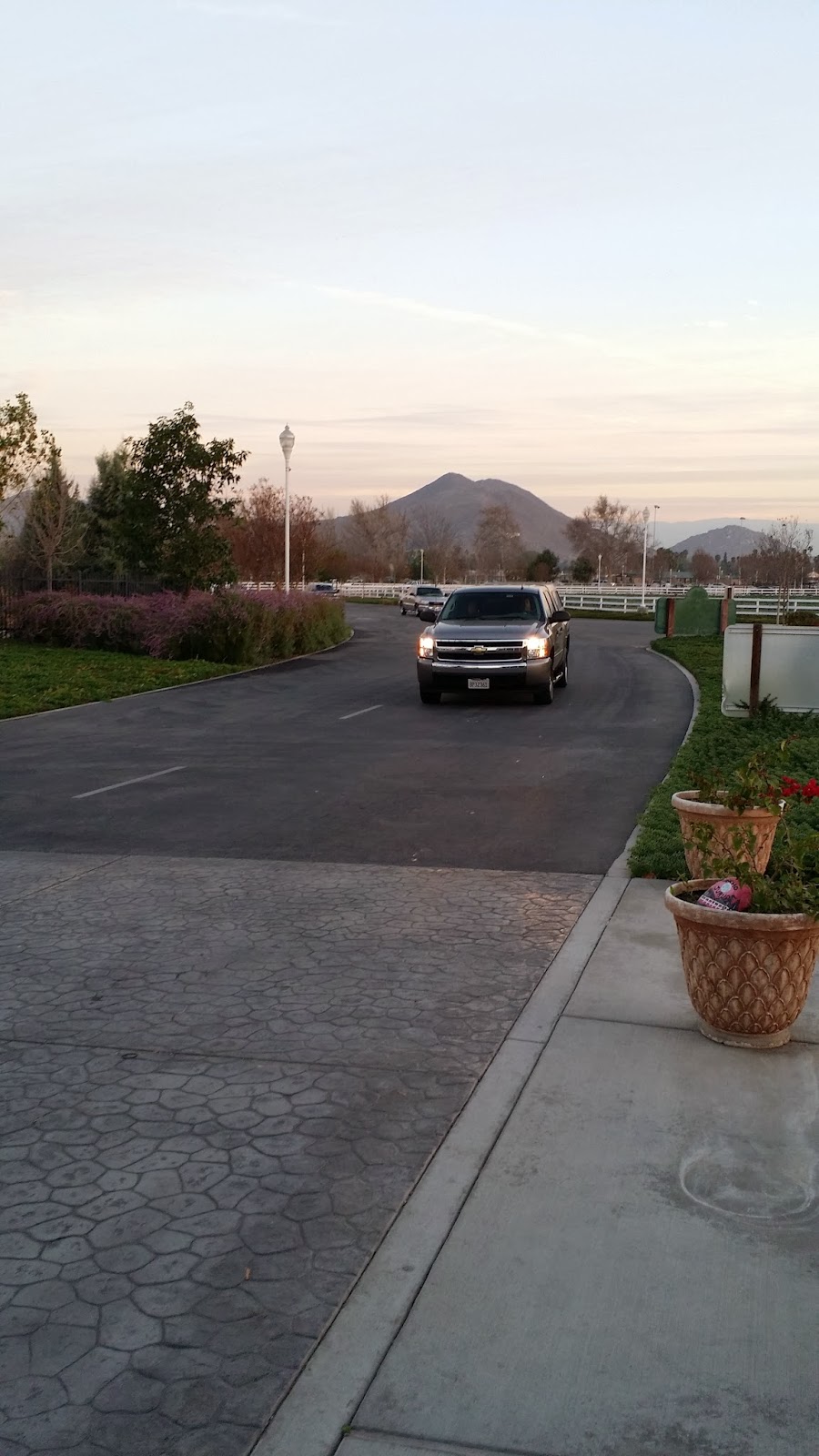 When we stay busy the 4 hour duty seems to fly by, and as has been the custom, Carolyn dismissed us 30 minutes early at 10 am.

Over the past couple of weeks I had purchased 3 new bike tires online.....one to replace my front tire on the Cannondale Bad Boy, and the other two for the tandem.  My "Bad Boy" tires were about 7 years old when we arrived here in RJRP, and the tandem front tire the same (the rear tire on the tandem was replaced about a year and a half ago in Washington State)......just like motor vehicle tires, after 6-7 years it is time to replace tires no matter how good they look.  I had replaced the back tire on the "Bad Boy" back in November as it was worn out....the back tire always wears out faster than the front on bikes.  Since the tandem was already on the bike rack I tackled it first replacing both tires, then rolled it out of the trailer and got to work on the "Bad Boy" front tire.....it all went soooo smoothly until I rolled the "Bad Boy" outside and discovered the front tire on the tandem was flat....what?  That is the "Hockwald Way" .......everything takes twice as long as it should.....so I remove the front tire again, pull the tube out, find the hole, fix it, and then replace the wheel. 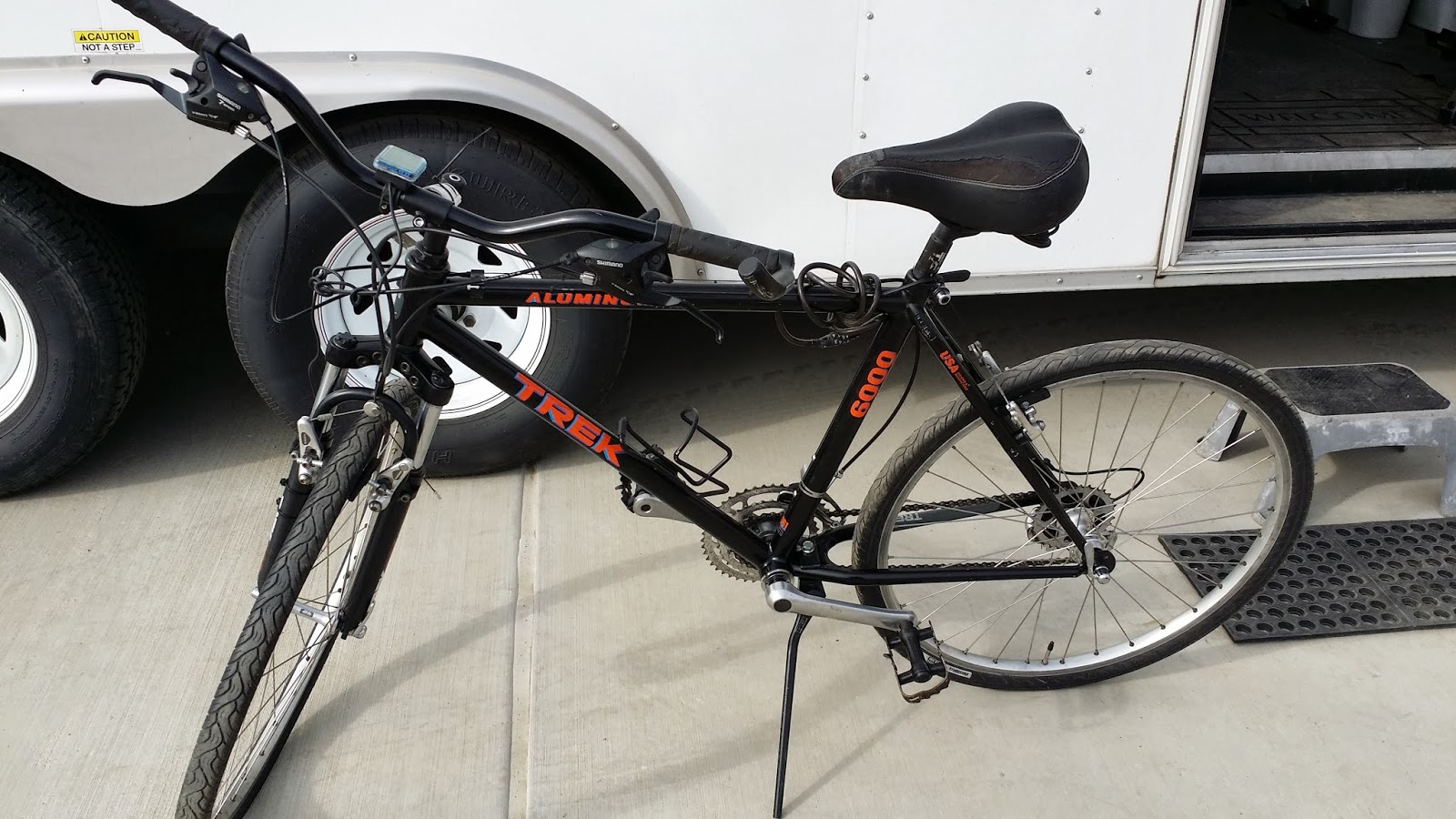 Once the new bike tires were installed I did a little work on Mike's Trek bike like adding a kickstand that I had been carrying around for a couple of years, plus added an extra PlanetBike cyclocomputer I was not using anymore, and re-adjusted the front axle as it was a little loose.....one more bike resurrection complete.

Then it was time for lunch, and the second half of the Club I bought on Saturday, followed immediately by a nap.....these early mornings are getting to me!  Around 2 pm I took off on a solo 24 mile bike ride down the SART (Santa Ana River Trail) to California and back.....took me about 1 hour & 42 minutes, and I burned 1,488 calories according to my trusty Garmin Edge 205.  As I was getting on my bike to take my ride I just happened to glance over at the tandem and saw that BOTH tires were now FLAT......come on!  I was baffled until I began to realize I had not replaced either inner tube on the tandem with a new one....they are obviously just as old as the tires.....doh!  So when I returned from my bike ride I again put the tandem back on the rack and replaced both inner tubes.....there is a reason why they call "it" the "Hockwald Way".

TLE watched cooking shows most of the afternoon while she worked in the kitchen, and around the coach.  Some have asked how she is doing on her own personal weight loss program, and I am happy to report she has lost over 12 pounds so far, and is also seeing read outs on the digital scale she has not seen in a few years.  She keeps promising to contribute a post, or two, but so far she has not been sufficiently inspired to do so.  I know she wants to relate her own weight loss story.  We are both glad we are both trying to lose weight because it gives each of us some accountability, and certainly the encouragement we need to reach our individual goals.

So here we are just two weeks from departure and resuming our nomadic life, and getting excited in anticipation of what awaits us down the road.  There is so much to do before we leave, and we have gotten so much done.  This Saturday, February 1st, is our three year anniversary of living full time in our Newell, and our two year anniversary of traveling full time in our Newell.