I hesitate just a little to say it was "cold" Thursday, but relatively speaking it was cold....it was in the mid to high 50's most of the day barely breaking 60 mid afternoon.  Compared to much of the nation where it is below freezing it's not cold at all.  Here, however, where it has been in the mid to high 80's for a long time, a 30 degree drop in temperature is noticeable....and....and...for the first time in 52 days rain was forecast.....not much rain, but rain nevertheless.

We really did not have big plans for Thursday.  The biggest item on our "to do" list was to take a tandem ride.  We are both really focused on reaching our individual weight goals before we leave RJRP now that we are nearing the end of our stay, so anything that does not further the attainment of that goal is on the back burner right now.

Due to the sudden drop in temperatures we put off our ride until the afternoon hoping it would get warmer, but it did not, so we bundled up in our warmest riding clothes around 2 and headed out picking up the SART southbound. 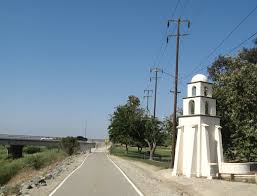 In the past, when significant weight loss was not a priority, there would always be a place on our planned bike route where we could stop for a cup of coffee, or snack, or something, and I'm still up for that, but TLE is all business right now.....burning calories is the primary purpose of riding for her, and the thought of consuming calories during that pursuit of calorie combustion creates a sort of mental dissonance for her, so we just ride. 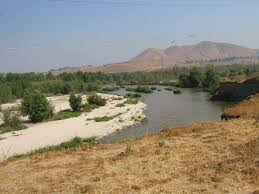 We both noticed a spur trail the last few times we rode south on the SART right near the end of the trail we normally follow, and decided this time to follow the spur trail to see how far it went, and where it went.....essentially it only went .6 miles further than the regular trail taking us a little closer to the river, but that added 1.2 miles more to our ride bringing us in at just over 25 miles in an hour 47 minutes.

Over the last two miles of the ride the temperature began to drop noticeably, and we were both glad when we reached home base just before 4 pm.

Sometime around 8 pm it began to sprinkle on and off, but never hard, or for very long, but it continued that pattern on and off all night.

Thanks for stopping by!
Posted by Whatsnewell at 8:38 AM