I wrote yesterday about the passing of an extended family member who apparently had a heart attack in his sleep and never woke up Sunday morning.....now that the family has officially announced his passing I will go into further detail.  Mark Larson (below - Laila's step grandfather) was married to Cathy Rich Larson (next picture) who is Laila's grandmother (third picture).....Laila is engaged to be married to my youngest son Tim October 7, 2017 (fourth picture)........ 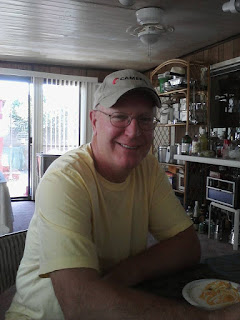 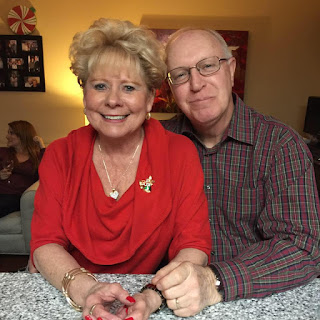 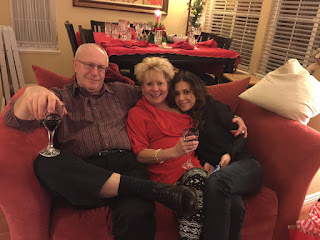 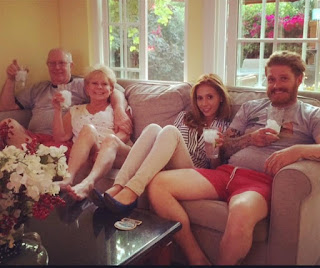 .......we first met Mark and Cathy about 3 years ago, shortly after Tim and Laila began dating.....they immediately welcomed TLE and I into their extended family, which is a lot like our family.....young at heart, happy, talkative, adventurous, loving, and committed to family being first.  Mark was easy to know, and soon it felt as if we had known he and Cathy for a long, long time.  He treated my son like he was his son, and provided enormous support to Tim and Laila as their relationship progressed.  Mark was Laila's step grandfather, but he was more like a father.  He was slated to walk Laila down the aisle on her wedding day.....

.......as you would think, this is a resilient family, and I know they will pick up the pieces and move forward just as Mark would want.  He will never be forgotten, and his life and influence will continue to be evident in the lives of all those he touched......RIP Mark Larson!

So, what happened Monday?  Ironically, Monday involved driving into Wickenburg around 10 am with my friend Tom, to help out an extended family member of Tom's......the father-in-law, Terry, of Tom's daughter Laura who had just survived a heart attack, and is now recovering from open heart bypass surgery.  He and his wife recently retired, sold their business, bought a 5th wheel, and are spending the winter near their son, daughter-in-law and grandchildren.  While Terry is still in the hospital recovering his gray and black tanks needed to be dumped.  5th wheels often have two gray tanks, and figuring out how to dump them both can be a little tricky, but we managed to find all the dump levers, dumped all the tanks and then flushed the black tank a couple of times.

We were back home a little after noon time......I spent the afternoon doing my workout in the trailer, then puttering around in the trailer, reading and thinking about how fragile life is.  I'm hoping by Tuesday it will warm up enough, and the wind will die down enough that I can finish polishing the driver's side ALCOA wheels.

Our short range plans have changed as a result of Mark's passing.....we had planned to drive back to SoCal Saturday to surprise our kids for Christmas, but now we will be leaving Thursday to arrive for Mark's Friday memorial service on Friday.....

P.S. - there has been a significant, sustained increased in my readership over the last 6 weeks during which said readership has increased about four fold.  I am humbled, and grateful for your support.  If you are enjoying my daily blog posts please become a 'follower'.....to the far right of each daily blog post there is a subheading called, appropriately, 'FOLLOWERS'....just click on the link below the pictures of my followers to follow! Thanks!