The other night when we attended the 'Festival of Lights' some people were handing out candy canes.....attached to those candy canes were free passes to the Desert Caballeros Western Museum in downtown Wickenburg.  We first became aware of this museum last year when we were visiting Tom and Darlene, but the entry fee of $12/person kind of put us off.....we've been to a lot of western museums over the past few years with most of them being 'free'.  Now for 'free' you can get really hokey, or really good.  Since we now had 'free' passes we decided we would drive into Wickenburg Thursday to check it out.

We left Wittmann around 11:30 for our 21 mile drive up to Wickenburg and arrived there within 25 minutes......we were pleasantly surprised at the quality of the Museum......the first room we visited was one filled with scale model saddles of the various types of western saddles......there were dozens....I had no idea there were so many distinct styles. 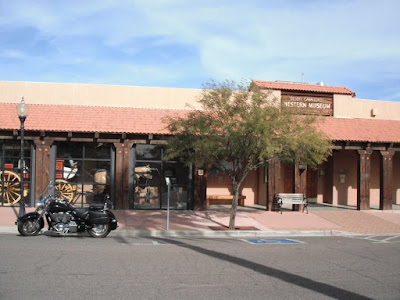 There are two separate buildings and entrances 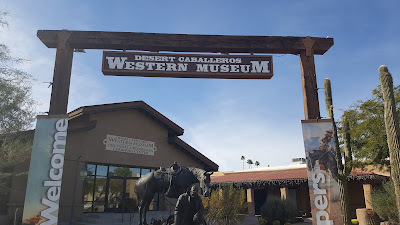 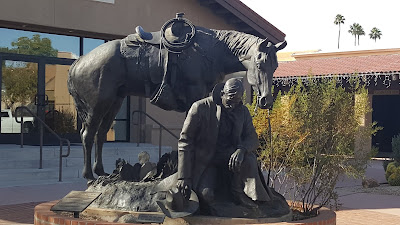 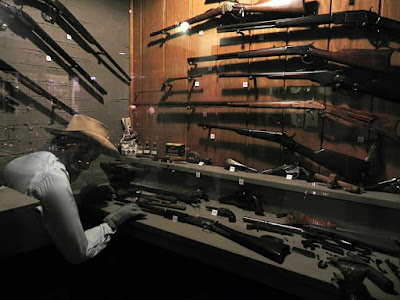 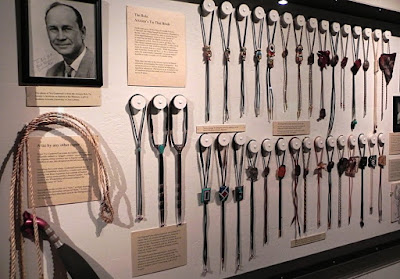 Learned that Wickenburg is the home of the famous Bolo tie 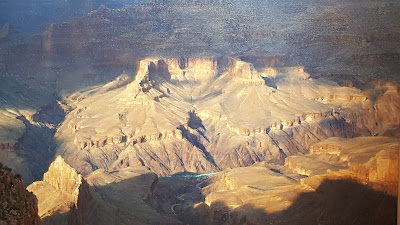 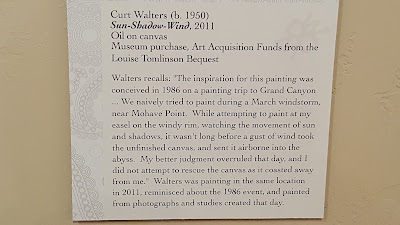 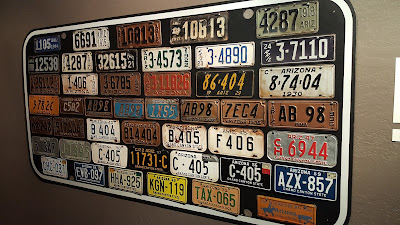 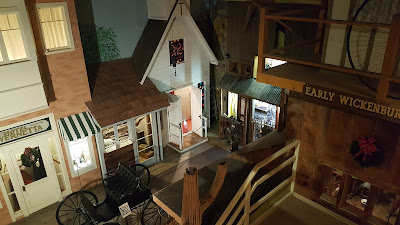 .....we spent about 90 minutes touring both museum buildings thoroughly enjoying all the displays before deciding it was time for a late lunch about 1:30.....within half a block is a great sandwich shop called Nana's Sandwich Shoppe....... 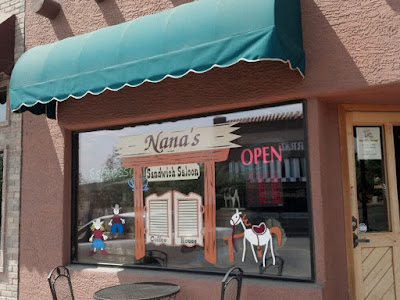 .....we ate here last year and decided it was the perfect place for lunch.....they have an alfresco dining patio in back, which is where we decided to sit there for lunch..... 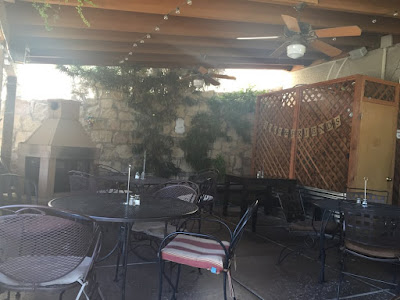 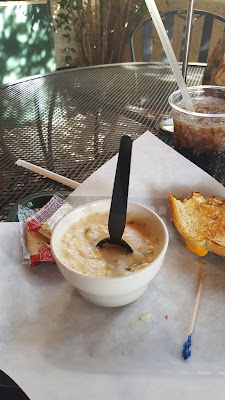 .......the kind of soup in which you can stand your spoon!  I had the 'Westerner' (cheese, bacon and a large green chili on sourdough).  The food and atmosphere was just as we remembered from last year.......Yelp give them 4.5 stars on 66 reviews and we agree!

We were home about 3 pm after stopping at Basha's, a regional supermarket chain, to do some 'small' grocery shopping, and managed to exit the store with half a cart.  We spent the rest of the afternoon reading.  Around 5 pm TLE served dinner which consisted of 'General Tsos' Chicken', which was simply amazing. 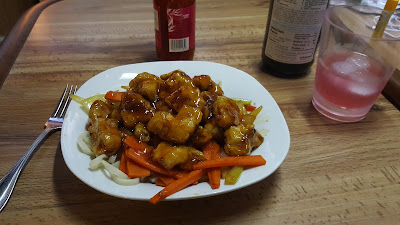 We watched a recorded episode of 'Bull' before settling in for the evening to watch the current 'Survivor' finale.  We thought anyone of the remaining three (Hannah, Ken, Adam) could win, and our pick was Ken, but we were totally wrong......Adam won an apparently unanimous vote.  That's the first time in a long time we haven't guessed the winner.  They all played a good game, but it really came down to who the 'jury' favored, and that ended up being Adam.

We were in bed by midnight......thanks for stopping by!
Posted by Whatsnewell at 8:56 AM