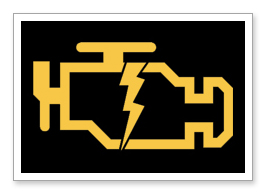 Tuesday started out slowly, and ended with a whimper.......I didn't exit the Newell for the first time until almost 11 am and that was to go and talk with Tom in the Newell garage to see if he had a 'check engine' light code reader.  The other day when we were coming back from Surprise after my haircut I got a check engine light (we got one just before we left Fontana, but  reset it to see if it would come back, and it did, of course), so I wanted to find out what caused it.  I had tried to go to a local Autozone back in SoCal, but apparently in California they are not allowed to allow you to borrow their code reader.....how odd is that?  Well, Tom does have one (he has everything), and is not bound by California law, so I plugged it in and here what I got..... 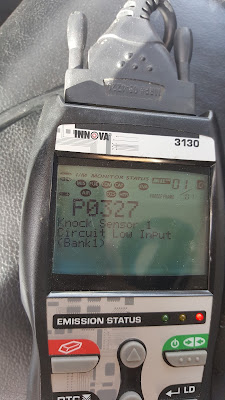 ......two years ago I had a 'check engine' light here in Wittmann and it was the 'knock sensor 2', which is quite difficult to reach (I went to a VW dealership in Flagstaff on our way north that year and had them replace it), but 'knock sensor 1' can actually be seen, and reached without removing the intake manifold.  Tom and I looked it up on 'YouTube' to find out exactly where it was, and were able to quickly locate it on my 1.8 turbo engine.  Before actually removing the old one and replacing it the video suggested we first loosen the bolt holding it in place, and then re-torque it (15 foot pounds) to see if that solved the problem.  Well that's much easier, naturally, than actually removing it and replacing it so we did that.....once again Tom had the right tool.....a torque wrench small enough to fit in the space! Time will tell if that solves the problem.  If not, then I'll buy a new one and replace it myself.....they only cost about $18.

That was the sum total of my Tuesday (TLE washed our sheets, and made the bed, and washed some other clothes whilst I was otherwise engaged in my knock sensor diagnosis/troubleshooting endeavors).  I did a short workout on my back/ab machine, and then spent the balance of the day reading. Tom and Darlene had a church obligation spanning the late afternoon/early evening, so we were on our own for dinner.

Thanks for stopping by!
Posted by Whatsnewell at 8:58 AM