For a week before my unexpected surgery I was stuck at 190-191 pounds.  Just as 200 was a magic threshold, so is 190 pounds.   Since last Sunday morning's surgery I have dropped to 188.8 as of this morning (Saturday)!  Nothing like abdominal pain to reduce your appetite.  TLE says she has me on a new diet.....she calls it the "street tacos" diet.  That's probably pretty accurate since I have had street tacos pretty much every day except Thursday when I had Rubio's fish tacos.

Friday was very warm here in RJRP.....it topped out at 88 degrees!  All the while most of the rest of the country is still in a deep freeze.

Late morning TLE headed over to donate some time at the Kiosk.......we were not included on the current 4 week schedule since we were supposed to have been gone, but since we are still here they are using TLE to fill in for others who need time off, or are sick.  While she spent 4 hours working I decided to get back to a low impact project I had last worked on when we were still here two years ago.  My "docking" lights still have the old style automotive bulbs in them, and draw a lot of power.  Two years ago I had bought some automotive style LED's to replace the old ones, but they would not fit properly.  These lights are very hard to take out, so I just abandoned the project until another time.  I still have about 20 feet of strip LED's and decided to removed the bulbs and replace them with strip LED lights.....it came out great!  I wish I had taken a picture at night so you could get the full effect, but it came out better than I anticipated. 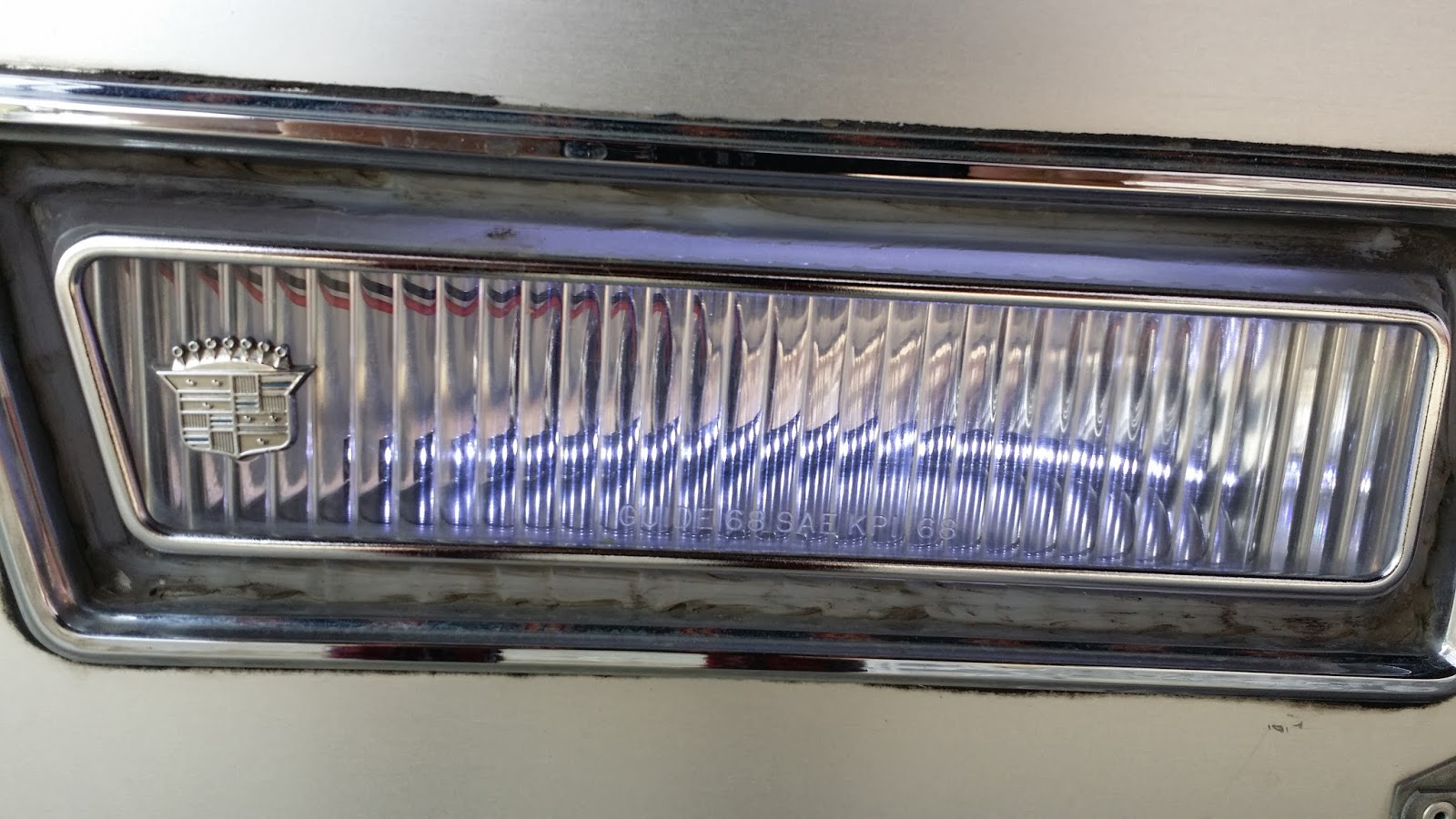 About the time I finished with the first of four docking light conversions TLE returned from the Kiosk, and we spent the rest of the afternoon resting, reading (TLE) and napping (me).  We had planned to go to the movies and see the recent Hunger Games offering, but that late in the day after standing for a few hours working on the docking light I couldn't see myself sitting in a theater chair for a couple of hours, so maybe we'll try again Sunday.

Of course, the Winter Olympics are still going on so we spent part of the evening watching them again.

By the way, I finally took the dressing off my surgical wound.  The actual incision is 3.5" long, and there are 13....count them.....13 staples....I was not expecting that.  I guess the seriousness of the injury and operation is starting to hit me.

Thanks for stopping by!
Posted by Whatsnewell at 10:05 AM