Monday, aka: First Saturday, was a day for projects.....

Project 1 - I noticed while I was up on the roof tilting the solar panels in Ventura that the holding tank vent cap was missing.  It appears there was some corrosion over the last 33 years, and eventually it just came off in the wind.   As soon as I discovered it I began looking online for a replacement, and quickly found an exact replacement on eBay, and ordered it.  It arrived at my son's office the day after Christmas, so I decided Monday it was time to run into the office and pick it up.  The replacement part is galvanized metal, just like the original, and I knew I would have to paint it.  My son, Chris, suggested I use a product called "Plasti Dip"....a spray on type of vinyl coating, so I picked up a can of it on the way home. 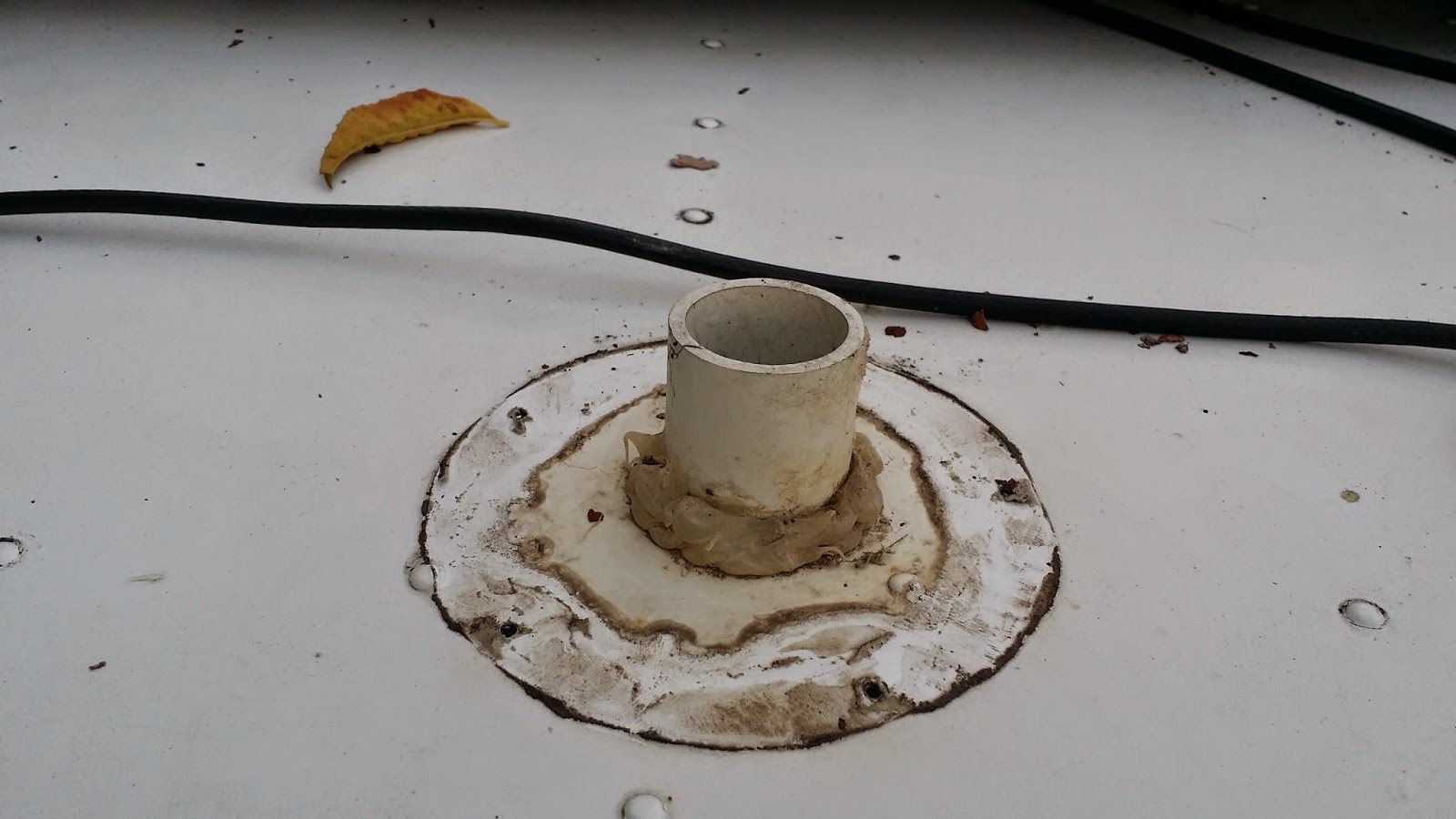 The 'naked' vent pipe that must be covered! 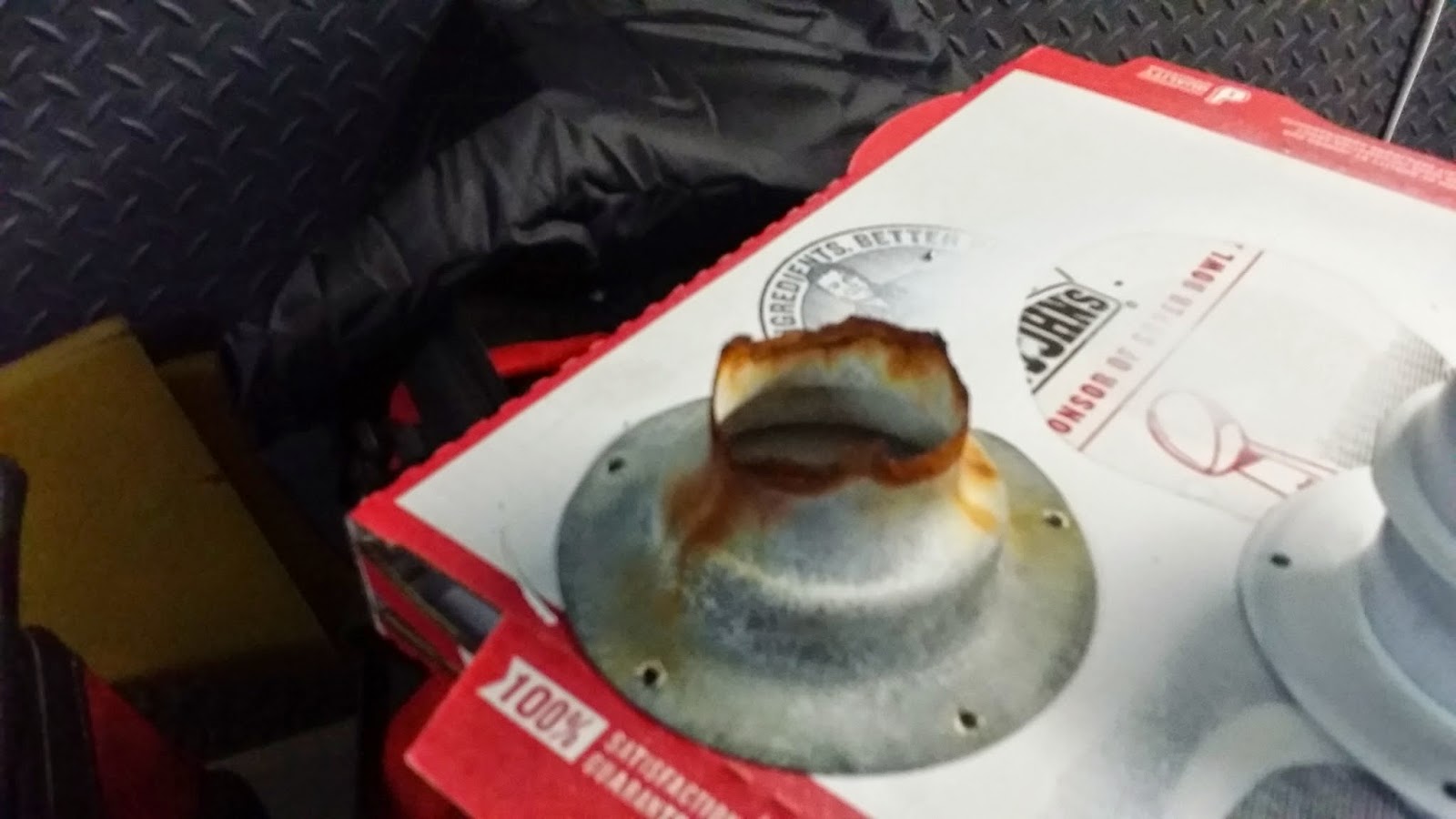 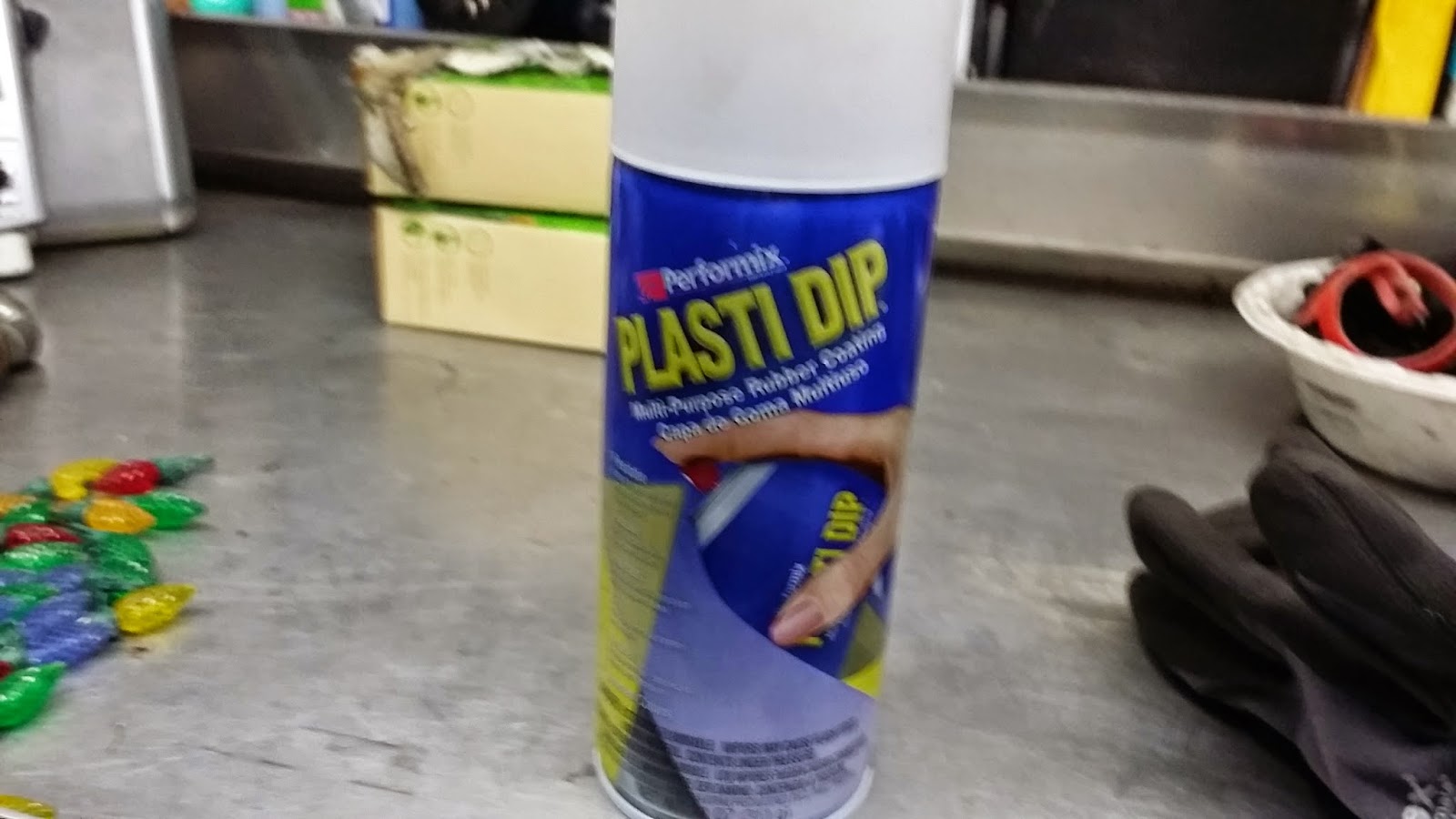 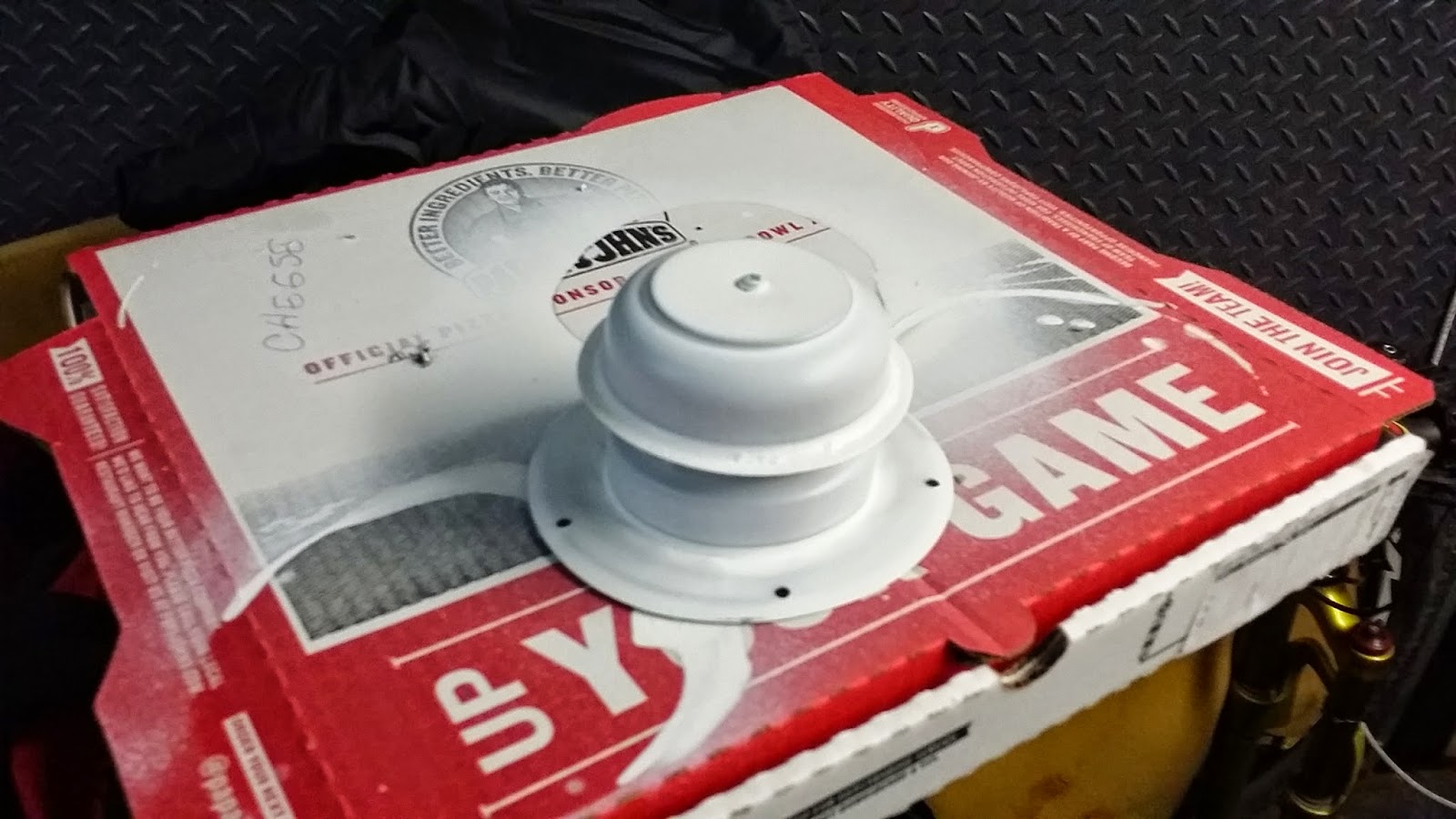 As you can see from the pictures, the vent pipe needs a cover, or rain and debris will go down the pipe.....not good.  The "Plasti Dip" takes about 4 hours to dry, so I will be installing it on Tuesday, hopefully before the rain comes.....if it comes....this is SoCal after all.  There are five holes on the old vent cap, and on the new vent cap, and they are identically placed, so I will not have to drill any new holes in the roof to mount the new one.

Project 2 - We are using my daughter's WiFi while we are here.  They have a Netgear Wireless Router that has seen better days, and it needs to be re-booted several times a day.  TLE and I decided that we would gift them a new router, so I stopped off at Best Buy to check out their WiFi router options, and settled on a Belkin Dual Band Router.  Nick installed it when he got home, and it works great!  Lightning fast, and better range.....plus it does not need to be re-booted every 4 hours.

Project 3 - The sewer 'cleanout' here is in the basement.  In order for us to dispose of the waste in our 'black tank' once a week I need access to that 'cleanout'.  First I needed to fix up a 'riser' to bring the connection up a couple of feet.  That involved reducing the threaded opening from 4" to 3" so I can connect easily with my equipment, and leave it hooked up while we are here.  So, Home Depot was my next stop where I picked up some black ABS fittings and a 2 foot piece of black ABS pipe to act as the 'riser'.  I'll take care of installing that on Tuesday also.

Project 4 - As you may recall, when we received our new DirecTV DVR receiver we had to connect it to our front TV via an HDMI cable, since there is no longer a coaxial cable 'output'.  As a result we will have to run an HDMI cable to the bedroom TV, and another down to the 'basement' for the outdoor TV.    I spent about an hour online ordering (through Monoprice) an HDMI switch box, and the necessary lengths of HDMI cabling.....thank you to the several people who suggested I use them for this cabling....their prices are significantly lower than Best Buy, or even Amazon.  For the TV in the trailer I'm going to use a wireless setup, which is quite expensive at $200 for a transmitter and receiver.  Initially I was going to get one for each TV, but the cost is a little steep for my pocket book.  The transmitter/receiver are good up to 150'......the TV in the trailer is less than 50' from where the transmitter will be placed.  Of course, now I am going to have to buy two new TV's that are HDMI compatible, but the smaller flat screen TV's nowadays are quite inexpensive.  I have located two that will fit the bill, and will buy them as soon as I receive the new HDMI cables.

TLE also had a project which involved all three of her daughters.  The girls headed out about mid morning to shop for TLE's dress for Sharon's wedding.  It took the better part of the day, but they did find a wonderful dress at a price that did not make my eyes water.....:-)

That was pretty much First Saturday.......thanks for stopping by!
Posted by Whatsnewell at 8:10 AM