When you live in SoCal you get used to the weather guessers predicting rain, knowing that about 50% of the time you will not get the forecast rain.  On the other hand, if they predict wind you usually get that in spades.  Tuesday we got it all.......cold, rain and then for good measure wind.

When I left off yesterday I needed to install the new holding tank vent cap before the rain came, so that necessitated me being outside where it is cold very early.  Fortunately the install went smoothly and only took about 5 minutes. 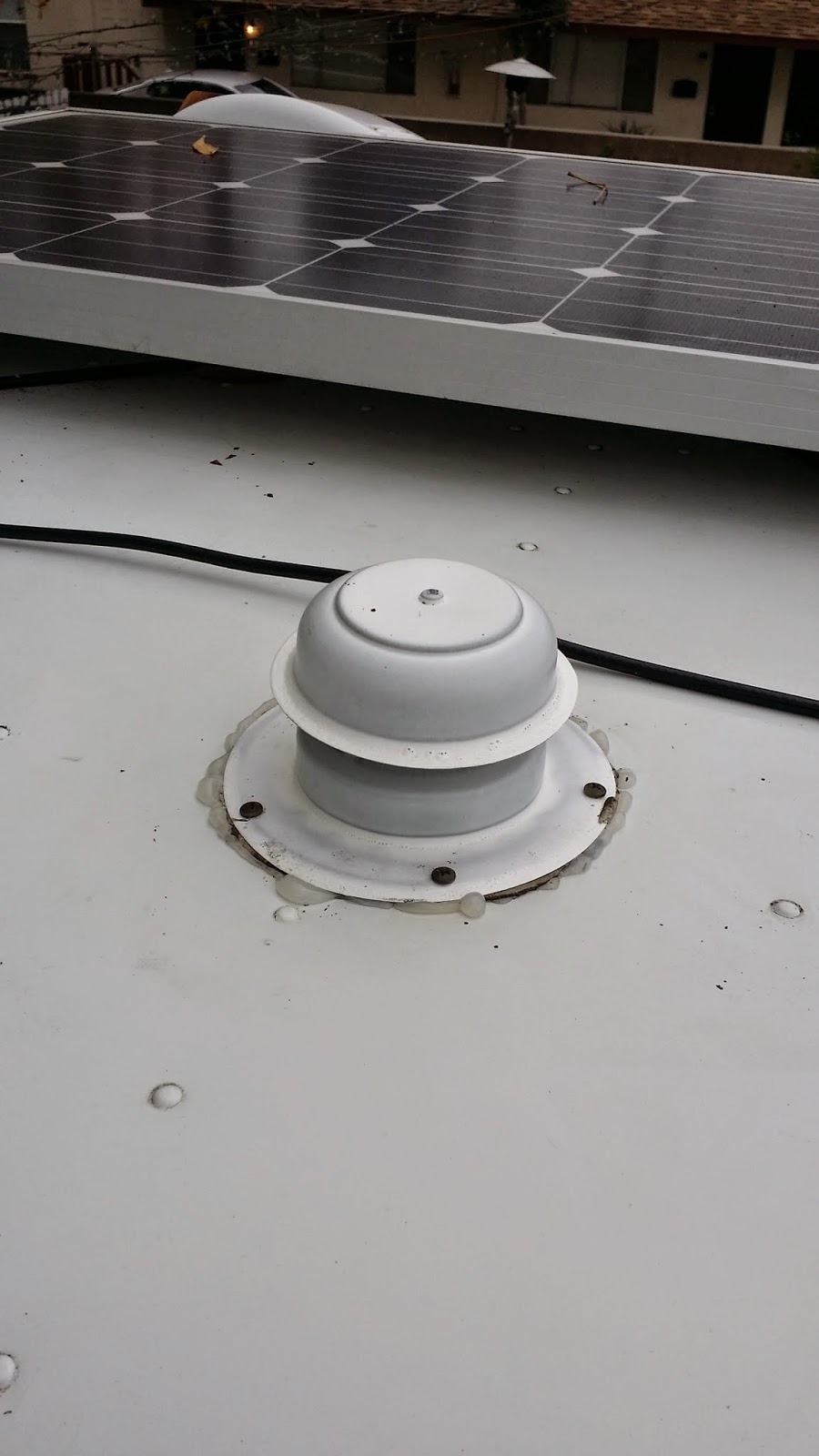 After that it was a race to see if I could get the hose 'snaked' under the house to the basement cleanout before the rain came.  The distance from the outside of the house to the basement under the house is about 24 feet.  In order to 'snake' the hose under the raised foundation I needed to combine 4 different poles together with duct tape, then duct tape the end of the hose to one end and then push it through a 'vent' opening to the basement.  I ended up using 24' of the 26' foot pole, but it worked, and now we are able to use our macerator pump to empty out black tank into the cleanout.

Within 30, or 40 minutes of finishing that task the rain came....whew!  It rained on and off throughout the afternoon, so TLE and I stayed inside.  Personally, I used the time to go through both of my hanging closets, all my drawers, and the storage under the bed to thin out my clothing.  I have way too many t-shirts, and the only way they fit in my drawer was if a few were in the laundry hamper.  If TLE got ambitious and washed everything I was always in trouble.  I was able to part with a large plastic trash bag of clothing, including t-shirts, that I had not been wearing for a long time......they'll go to Goodwill, and, hopefully, I will be able to resist acquiring any more t-shirts for a while.....:-)

Around 5 we went into the house to have dinner with Kate, Nick and the kids.  It was pretty cool to sit around the Duncan Phyfe dinning room table we gifted to Kate along with a lot other stuff from our 'sticks and bricks' home when we became nomadic, listening to an old Frank Sinatra LP ('Long Play' vinyl record....'Old Blue Eyes Is Back') that we also gifted to Kate along with a large box of vintage LP's.  We enjoyed a great shredded beef chile with a side of great conversation.

By the time we made our way back to our coach the wind had come up, but it only got up to about 20-22 mph, so not bad by 'Santa Ana' standards.

We spent the evening watching 'Monuments Men' that I had recorded off of 'Starz' on DirecTV a few weeks ago.  That was our 2nd Saturday (Tuesday)......thanks for stopping by!
Posted by Whatsnewell at 8:29 AM