First Saturday.......ooooh, I just love saying that......was a perfect day for doing some routine maintenance on our bicycles.  It's been a while since I pulled the rear wheels off, removed the cassettes and did a deep cleaning, including using my 'chain cleaner' contraption to really clean the chain.

Since my Intense 5.5 was already on the bike rack I started on it by first cleaning the chain, then removing the rear wheel to clean the cassette, then remove the cassette and clean the rear hub completely.  It's been over a year since I did a deep cleaning on the Intense and there was a lot of 'gunk' to remove.  I think it had been 2 years since TLE's F-600 had been deep cleaned, and it was probably the gunkiest of all three bikes. 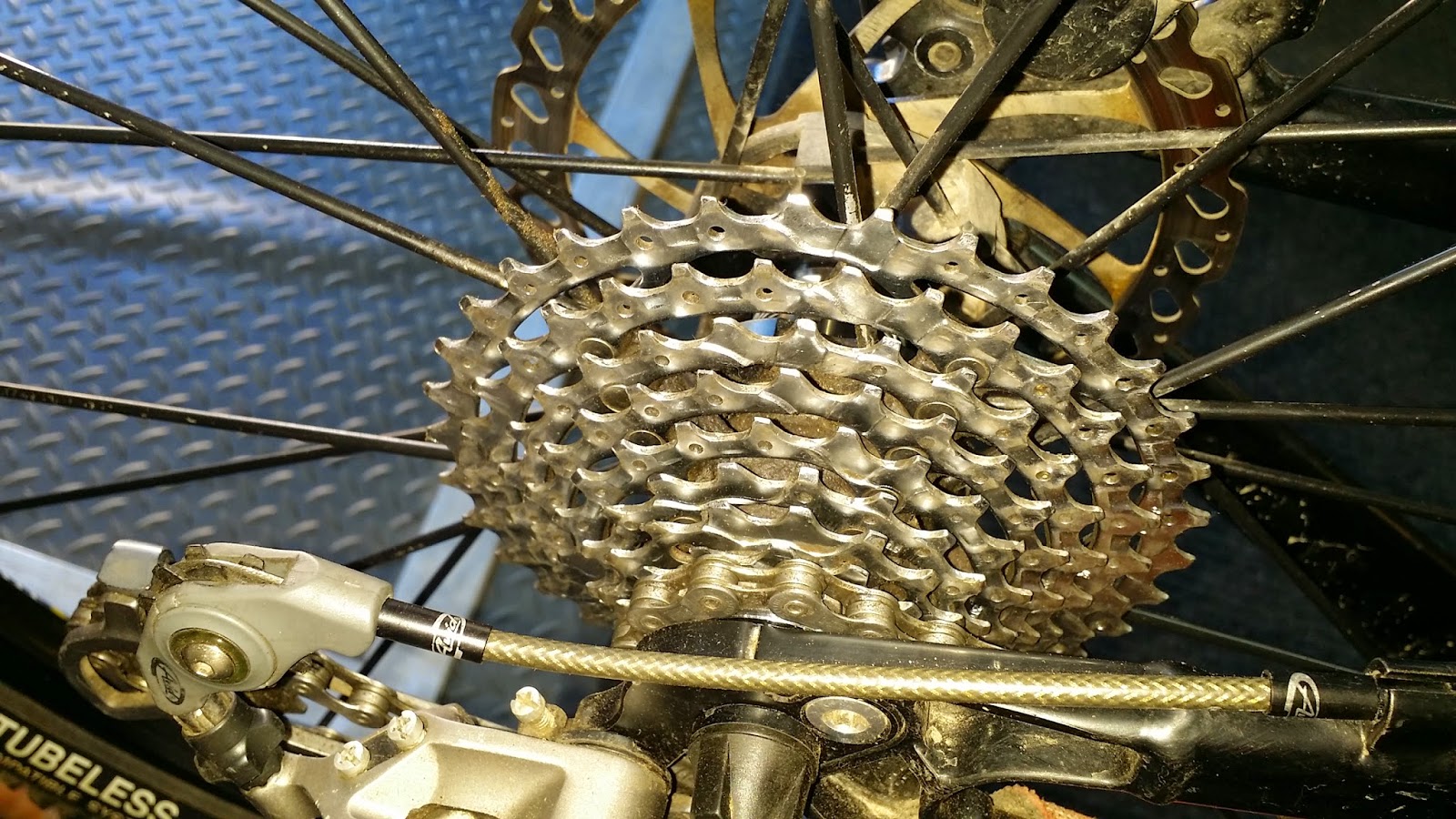 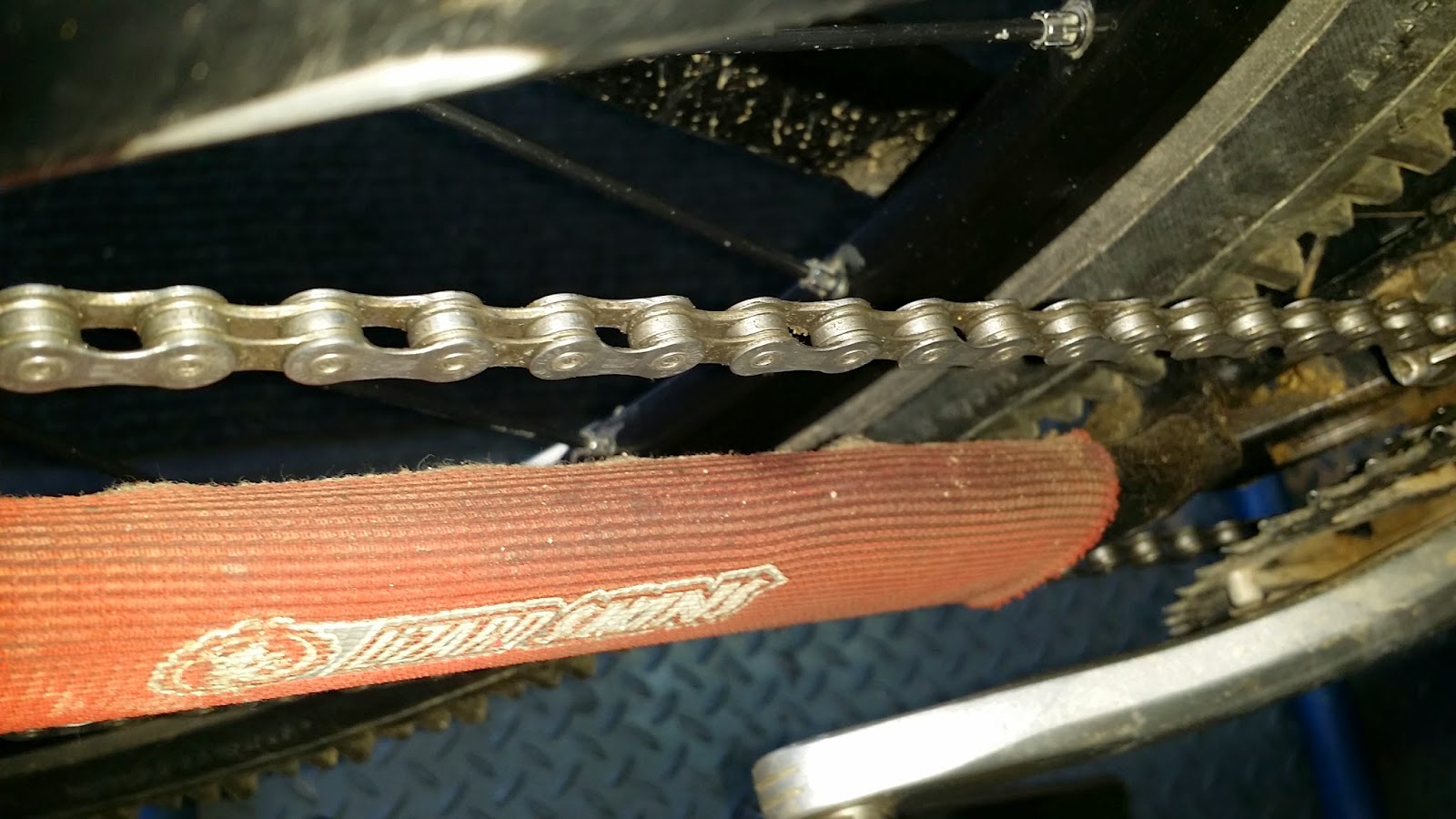 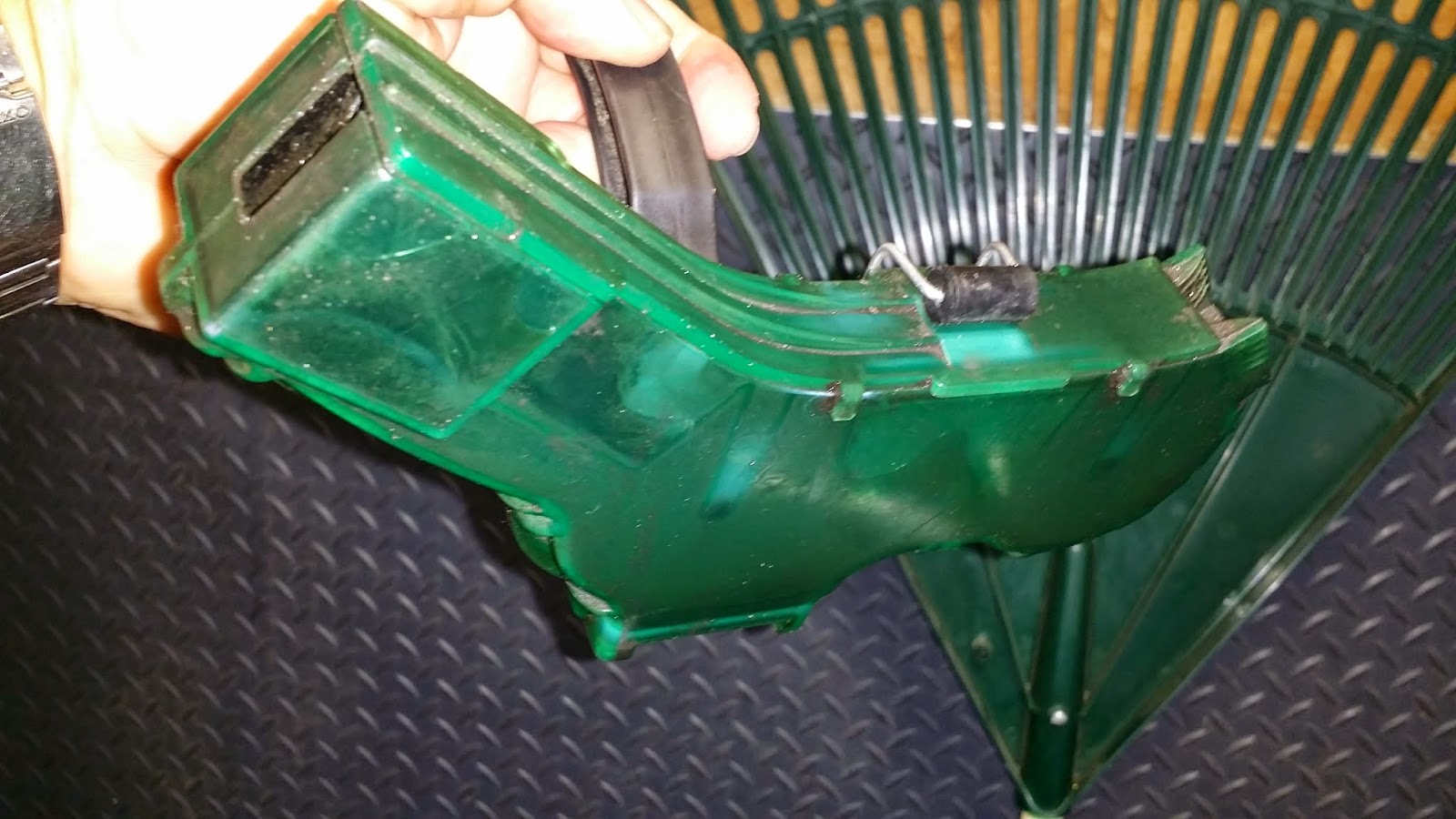 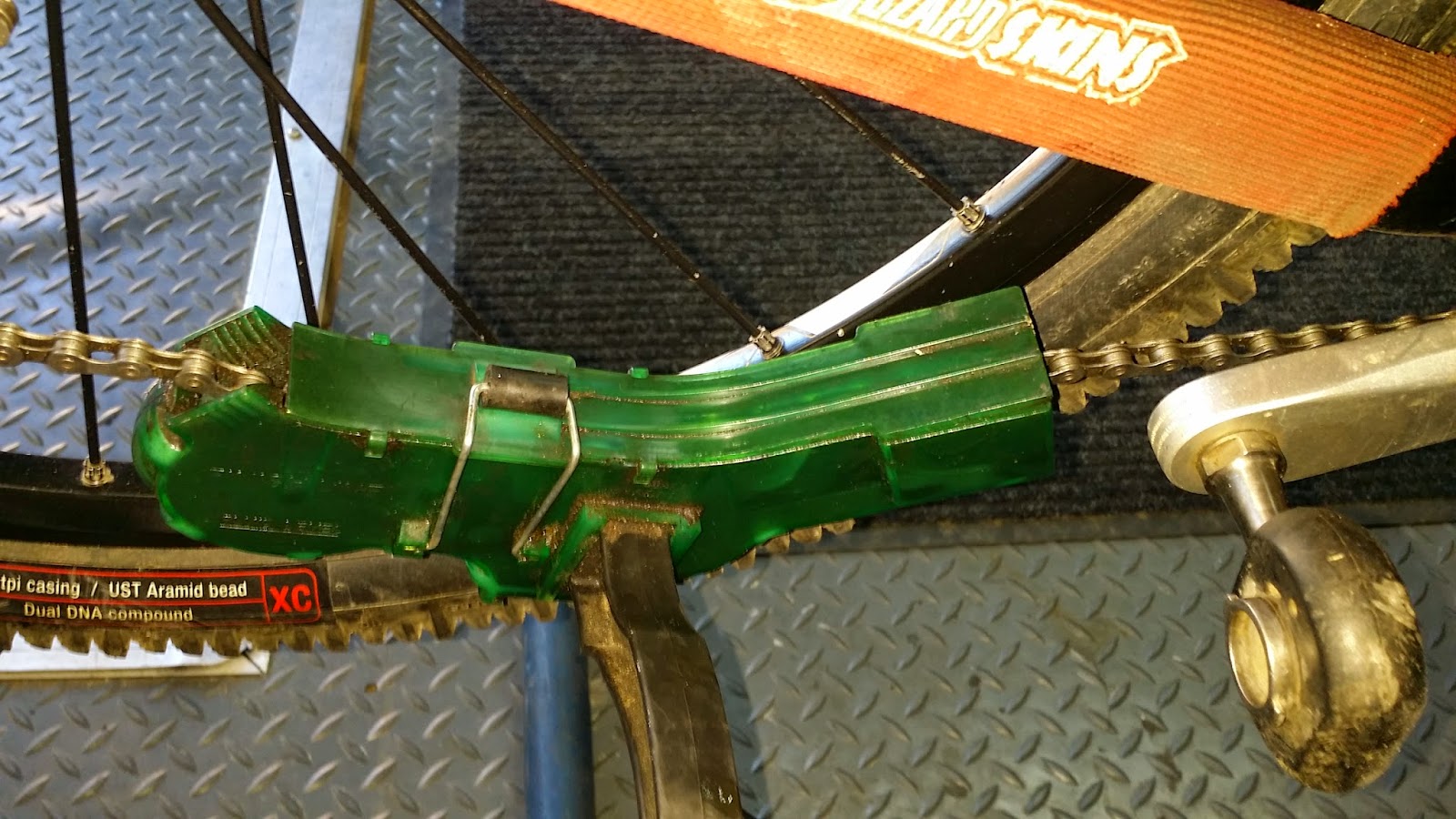 I methodically worked through each bike with 50's music playing in the background......by the time I finished the Intense, Cannondale Bad Boy and Cannondale F-600 almost 4 hours had melted into the ether, but it seemed like much less, and that is as it should be when you are doing something you enjoy.

Around 6 pm I got out the BBQ and prepared to grill hamburgers for our community dinner with Tom and Darlene......other than our first night here we have been eating dinner with To and Darlene every night.

First Saturday (Monday) was another movie night (Tom has quite a collection of recent movies on his hard drive that we have not yet seen) and the movie we chose to watch was 'Maze Runner' which had an intriguing premise, but the ending left me totally cold.  All that being said, there are four books in this series, and there is to be a sequel which will be released later this year, so we'll see how it progresses.  If they left it where the movie ended that would be so uncool.

Rain had been forecast by the weather 'guessers' for mid day, but it finally came around 8 pm....when we exited the front door of Tom and Darlene's home to walk back to the coach it was sprinkling gently, and it continued to rain most of the night....a perfect way to end first Saturday.....just as it should be....

Thanks for stopping by!
Posted by Whatsnewell at 10:51 AM